Superstar operatic soprano Anna Netrebko and renowned conductor Valery Gergiev are among the luminaries axed from performing on the global stages they have long graced—but do cultural boycotts work? 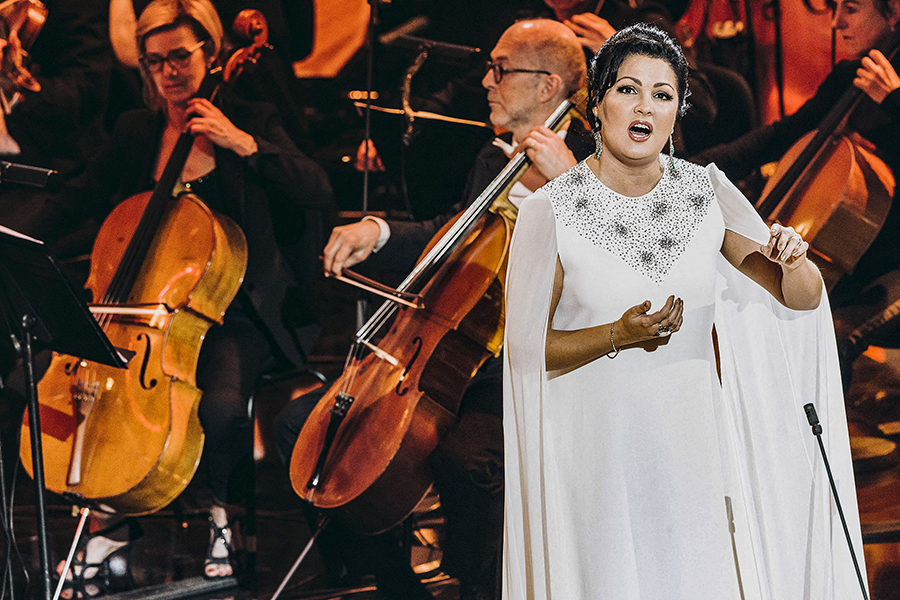 As Moscow's invasion of Ukraine enters its third week, a pall has fallen over Russian artists, long crown jewels of a country whose fine arts are an eminent source of soft power.

Superstar operatic soprano Anna Netrebko and renowned conductor Valery Gergiev are among the luminaries axed from performing on the global stages they have long graced—but do cultural boycotts work?

The freezing out of artists who have espoused pro-Kremlin views—or who receive funding from the Russian state—recalls similar measures taken over apartheid-era South Africa or against Israeli institutions in solidarity with Palestinians as part of the BDS movement.

Jane Duncan of the University of Johannesburg, who has studied the power of such boycotts as political change agents, said isolation campaigns based on culture as well as sports can be "highly effective, because they can have a huge psychological impact."

"Russia over a number of centuries now has prided itself on its intellectual, artistic and sporting achievements. It's become part and parcel of its identity and its projection of soft power globally," the academic told AFP.

"I think we've already seen that there's a lot of dissent within Russia about the invasion of Ukraine, and a cultural boycott may well intensify that."

Duncan cautioned, however, that a "blanket cultural boycott" could hurt anti-regime artists: in early 1980s South Africa, for example, she said, a form of "double censorship" emerged, where both the apartheid state and "artists who came from the liberation movements" were subject to shunning.

"That led to a situation where you couldn't actually hear the voices of the oppressed and the exploited expressed through art, through music, through drama, because they weren't allowed outside of the country."

Emilia Kabakov, a multidisciplinary Ukrainian artist who has lived and worked with her husband Ilya in New York for decades, warned against punishing creatives—and anyone—simply on the basis of nationality.

"I know that Russian artists right now have problems," the 76-year-old born in the Soviet city of Dnipropetrovsk, now known as Dnipro in Ukraine, told AFP.

But she suggested those Russians who live and work abroad may have a reason, saying: "Did anybody think, why are they here? Because they can't live there... they want a normal life, unrestricted."

Where is the line?

The stance Kabakov evoked is the approach Duncan deemed appropriate—to "steer clear" of boycotts based purely on nationality that "could lead to a very dark and difficult place."

The scholar pointed to the BDS (Boycott, Divestment, Sanctions) movement as having a "much more sophisticated position on the cultural boycott" than was the original case in South Africa, promoting a selective rather than blanket ban.

Queried by AFP, the cultural and academic boycott arm of the BDS movement said in a statement the measures they advocate for are "strictly institutional" and do "not target individuals."

Leaders of major cultural institutions including New York's Metropolitan Opera, Paris' Philharmonic, and other European venues in recent weeks have said the scope of their boycott is focused on artists who back Russian President Vladimir Putin, not everyone with a Russian passport.

"If somebody is a tool of the state, they probably won't be working with the New York Philharmonic," the orchestra's CEO Deborah Borda told AFP.

"There is a line that is very clear," said French Culture Minister Roselyne Bachelot. "We don't want to see representatives of Russian institutions or artists who clearly support Vladimir Putin."

But in cases elsewhere, critics fear that line is blurred: the Polish Opera scrapped its production of Mussorgsky's 19th century opera Boris Godunov, and the Zagreb Philharmonic cut two Tchaikovsky compositions from a performance.

Dostoevsky began trending after a Milan university tried to postpone a course about the classic Russian novelist behind "Crime and Punishment"—who spent four years in a Siberian labor camp after reading banned books in Tsarist Russia.

When it comes to contemporary artists' political responsibility, Duncan said "one can make the argument that producing the art and getting it out there is stance enough."

"We also want to avoid putting artists on the spot to make political statements when perhaps they don't feel comfortable with doing that," she continued.

Feeling pressure to speak out on Putin's war in Ukraine, Russian conductor Tugan Sokhiev left his posts at Moscow's Bolshoi and with the orchestra of Toulouse.

In a lengthy statement, Sokhiev said he "will always be against any conflicts in any shape or form" but said he felt "forced to face the impossible option of choosing between my beloved Russian and beloved French musicians"—so he quit both.

Saying he and colleagues were "victims" of "cancel culture," the conductor insisted "we musicians are the ambassadors of peace."

"Instead of using us and our music to unite nations and people, we are being divided and ostracized," he said.

Tweets by @forbesindia
Octopuses are taking refuge in plastic waste
50 years on, NASA opens sample taken from the Moon