The duo's ambition is to perform in a pressurized capsule attached to a stratospheric balloon, at an altitude of 30 kilometres, according to various US media reports. This ambitious project should become reality in 2024 with the help of the space tourism company World View 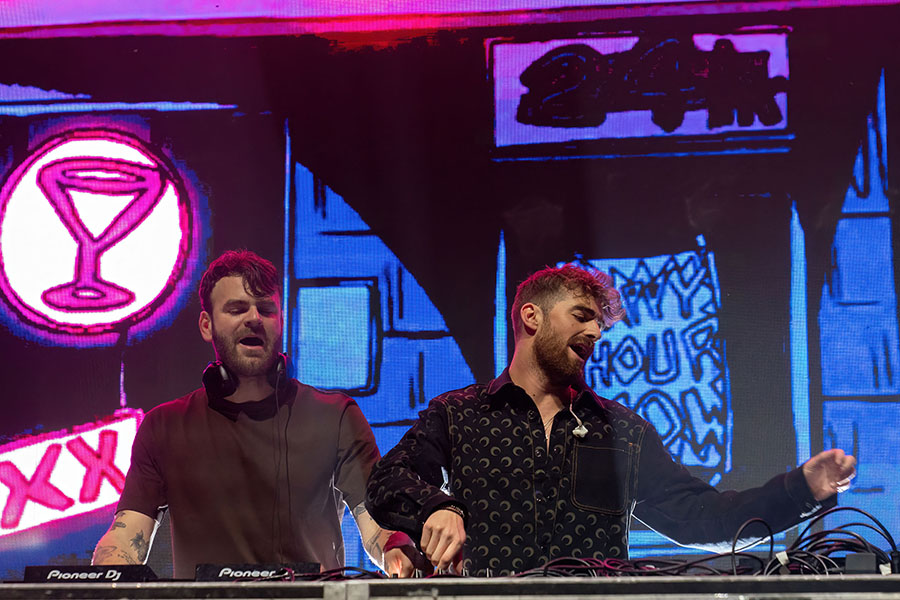 Alex Pall and Andrew Taggart, aka The Chainsmokers, hope to become the first musicians to perform in the stratosphere. Image: Syzanne Cordeiro / AFP

What was the stuff of science fiction just a few years ago is now becoming reality. Venturing into space is no longer reserved for professional astronauts, as the development of space tourism shows. The phenomenon is such that some musicians are now considering performing in the stratosphere.

On July 20, 1969, Neil Armstrong was the first person to walk on the moon in front of hundreds of millions of television viewers. More than half a century later, The Chainsmokers intend to pursue the American astronaut's legacy by becoming the first musicians to perform in the stratosphere.

The duo's ambition is to perform in a pressurized capsule attached to a stratospheric balloon, at an altitude of 30 kilometers, according to various US media reports. This ambitious project should become reality in 2024 with the help of the space tourism company World View.

"We have always dreamed of going to space and are stoked to collaborate with World View to have this adventure and experience," The Chainsmokers said in a statement, quoted by Variety. "We know the views of both Earth and space are going to be incredible and inspiring, and we hope to leverage this flight for creativity on future projects."

Could music bring space travel into the mainstream?

For World View, this concert in space is above all an opportunity to democratize space tourism. UBS estimates that this market, still in its infancy, could be worth $4 billion by 2030. For the moment, only a few billionaires and celebrities such as Richard Branson, Jeff Bezos and William Shatner have flown miles from Earth on private space trips.

But other space tourists already have their tickets in hand. Virgin Galactic announced in November that it had sold nearly 100 tickets at $450,000 each since August. The company had apparently already sold some 600 tickets between 2005 and 2015. At the time, their price was between $200,000 and $250,000. Despite this prohibitive price, Virgin Galactic is hoping to provide 400 commercial space flights per year and per space base.

Richard Branson's company is not the only one betting on the development of space tourism. Orbital Assembly Corporation has announced plans to start building what it calls "the first space hotel" in 2025. Its name: Voyager Station. It is expected to be able to accommodate up to 440 people from 2027. The lucky (and mostly ultra-rich) passengers bound for Voyager Station will be able to enjoy various modern comforts, including restaurants, a movie theater, a spa and even a gym. The latter will be transformed into a concert hall at nightfall so that "the biggest musicians on Earth [can] rock the station as it circles the planet," as one of the project architects, Tim Alatorre, told Dezeen.

Many musicians dream of playing a gig in space, but none have done so for the moment. Lady Gaga toyed with the idea in 2015, when she announced that she would perform on board one of Virgin Galactic's shuttles. This concert was supposed to take place during the Zero G Colony festival in New Mexico, where Spaceport America—a space airport managed by the space tourism company—is based. But it never took place, leaving The Chainsmokers free to make history by becoming the first band to perform miles above the Earth.

Tweets by @forbesindia
TikTokers are no longer welcome at certain tourist sites
Startup Fridays S2 Ep.15: 'Entrepreneurship is about selling a future only you see' — Rajesh Jain