The latest edition of Edelman's annual barometer on trust in our institutions, including the media, shows their image has deteriorated further in the past year 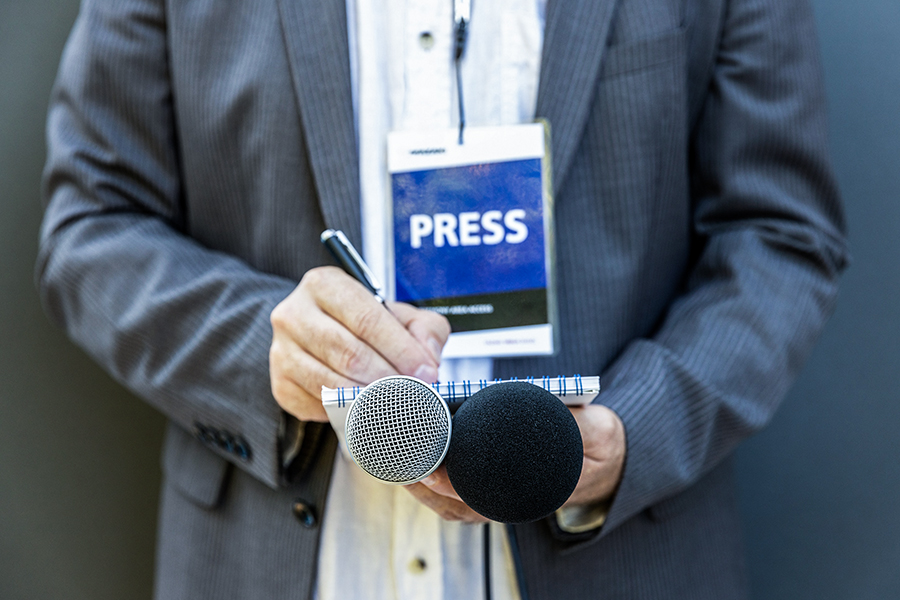 Nearly half of those surveyed by Edelman (46 percent) say they distrust journalists.
Image: Wellphoto / shutterstock

In era of the pandemic and "fake news," the profession of journalist seems to be more criticized than ever. The latest edition of Edelman's annual barometer on trust in our institutions, including the media, shows their image has deteriorated further in the past year. Let's take a closer look.

While the covid-19 pandemic has been accompanied by a clear rebound in consumer interest in the news, consumers show less trust in the media. This distrust was gauged through interviews carried out with more than 36,000 people from 28 countries between November 1 and 24.

Findings indicate that 46 percent of them see the media as a source of division in our societies. Despite this, a majority of respondents (57 percent) still believe that traditional formats such as print media and TV channels are trustworthy. Few Russians and Japanese share this opinion, as less than 40 percent of them have a positive image of the news media.

This feeling of distrust in regards to the media is fueled by the propagation of false information. Three quarters of respondents even fear that "fake news" will be used as a political "weapon." These fears are particularly widespread in countries such as Indonesia, Colombia, Brazil and the United States. And they are not unfounded: researchers from New York University and Grenoble Alpes revealed in September that fake news generates six times more engagement on Facebook than verified information content.

The report also reveals that trust in journalists is at an all-time low. Nearly half of those surveyed by Edelman (46 percent) say they distrust journalists. Many worry that media professionals deliberately try to mislead the public by spreading information they know is false or exaggerated. Even more worrying is that this figure is up eight points from 2021.

Unlike journalists, scientists are considered particularly trustworthy by 75 percent of respondents. This positive opinion of the scientific community is undoubtedly a reflection of the work done around Covid-19 to inform and explain, work that it has been doing since the beginning of the pandemic.

For Richard Edelman, CEO of Edelman, the media should consider rethinking the way it operates in order to regain the favor of the general public.  "The media business model has become dependent on generating partisan outrage," he outlined. "The media needs to get back to a business model that replaces outrage with sobriety, clickbait with calm authority."

Tweets by @forbesindia
The anti-sustainability Black Friday sales: Where are India's Patagonias?
When airports look like art galleries