While the posts with animals do not directly spread false information, they can draw a huge audience that can be redirected to a publication or site spreading false information about election fraud, unproven coronavirus cures and other baseless conspiracy theories entirely unrelated to the videos 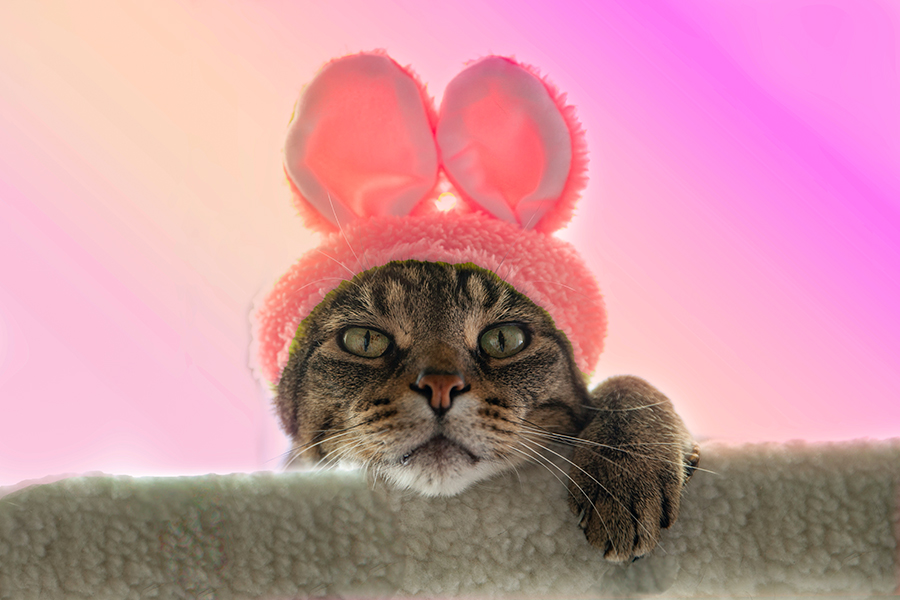 One of the many cute cat photographs that have gone viral on the internet for almost as long as it has been around. Image: Shutterstock

On Oct. 2, New Tang Dynasty Television, a station linked to the Chinese spiritual movement Falun Gong, posted a Facebook video of a woman saving a baby shark stranded on a shore. Next to the video was a link to subscribe to The Epoch Times, a newspaper that is tied to Falun Gong and that spreads anti-China and right-wing conspiracies. The post collected 33,000 likes, comments and shares.
The website of Dr. Joseph Mercola, an osteopathic physician who researchers say is a chief spreader of coronavirus misinformation online, regularly posts about cute animals that generate tens or even hundreds of thousands of interactions on Facebook. The stories include “Kitten and Chick Nap So Sweetly Together” and “Why Orange Cats May Be Different From Other Cats,” written by Dr. Karen Becker, a veterinarian.
And Western Journal, a right-wing publication that has published unproven claims about the benefits of using hydroxychloroquine to treat COVID-19, and spread falsehoods about fraud in the 2020 presidential election, owns Liftable Animals, a popular Facebook page. Liftable Animals posts stories from Western Journal’s main website alongside stories about golden retrievers and giraffes.
Videos and GIFs of cute animals — usually cats — have gone viral online for almost as long as the internet has been around. Many of the animals became famous: There’s Keyboard Cat, Grumpy Cat, Lil Bub and Nyan Cat.

Now, it is becoming increasingly clear how widely the old-school internet trick is being used by people and organizations peddling false information online, misinformation researchers say.
The posts with the animals do not directly spread false information. But they can draw a huge audience that can be redirected to a publication or site spreading false information about election fraud, unproven coronavirus cures and other baseless conspiracy theories entirely unrelated to the videos. Sometimes, following a feed of cute animals on Facebook unknowingly signs users up as subscribers to misleading posts from the same publisher.
Melissa Ryan, CEO of Card Strategies, a consulting firm that researches disinformation, said this kind of “engagement bait” helped misinformation actors generate clicks on their pages, which can make them more prominent in users’ feeds in the future. That prominence can drive a broader audience to content with inaccurate or misleading information, she said.
“The strategy works because the platforms continue to reward engagement over everything else,” Ryan said, “even when that engagement comes from” publications that also publish false or misleading content.
Perhaps no organization deploys the tactic as forcefully as Epoch Media, parent company of The Epoch Times. Epoch Media has published videos of cute animals in 12,062 posts on its 103 Facebook pages in the past year, according to an analysis by The New York Times. Those posts, which include links to other Epoch Media websites, racked up nearly 4 billion views. Trending World, one of Epoch’s Facebook pages, was the 15th most popular page on the platform in the United States between July and September.
One video, posted last month by The Epoch Times’ Taiwan page, shows a close-up of a golden retriever while a woman tries in vain to pry an apple from its mouth. It has over 20,000 likes, shares and comments on Facebook. Another post, on Trending World’s Facebook page, features a seal grinning widely with a family posing for a picture at a Sea World resort. The video has 12 million views.
Epoch Media did not respond to a request for comment.
“Dr. Becker is a veterinarian, her articles are about pets,” said an email from Mercola’s public relations team. “We reject any New York Times accusations of misleading any visitors, but are not surprised by it.”
The viral animal videos often come from places like Jukin Media and ViralHog. The companies identify extremely shareable videos and reach licensing deals with the people who made them. After securing the rights to the videos, Jukin Media and ViralHog license the clips to other media companies, giving a cut of the profits to the original creator.
Mike Skogmo, Jukin Media’s senior vice president for marketing and communications, said his company had a licensing deal with New Tang Dynasty Television, the station tied to Falun Gong.
“Jukin has licensing deals with hundreds of publishers worldwide, across the political spectrum and with a range of subject matters, under guidelines that protect the creators of the works in our library,” he said in a statement.
Asked whether the company evaluated whether their clips were used as engagement bait for misinformation in striking the license deals, Skogmo said Jukin had nothing else to add.
“Once someone licenses our raw content, what they do with it is up to them,” said Ryan Bartholomew, founder of ViralHog. “ViralHog is not supporting or opposing any cause or objective — that would be outside of our scope of business.”
The use of animal videos presents a conundrum for the tech platforms like Facebook, because the animal posts themselves do not contain misinformation. Facebook has banned ads from Epoch Media when the network violated its political advertising policy, and it took down several hundred Epoch Media-affiliated accounts last year when it determined that the accounts had violated its “coordinated inauthentic behavior” policies.
“We’ve taken enforcement actions against Epoch Media and related groups several times already,” said Drew Pusateri, a Facebook spokesman. “If we discover that they’re engaging in deceptive actions in the future we will continue enforcing against them.” The company did not comment on the tactic of using cute animals to spread misinformation.
Rachel E. Moran, a researcher at the University of Washington who studies online misinformation, said it was unclear how often the animal videos led people to misinformation. But posting them continues to be a popular tactic because they run such a low risk of breaking a platform’s rules.
“Pictures of cute animals and videos of wholesome moments are the bread and butter of social media, and definitely won’t run afoul of any algorithmic content moderation detection,” Moran said.
“People are still using it every day,” she said.

Tweets by @forbesindia
Can Omicron knock a fragile economic recovery off track?
How major fashion brands could be contributing to Amazon deforestation