China is poised to become a major player in electric cars, and Tesla and a slew of Chinese electric vehicle upstarts are helping its companies become even more competitive 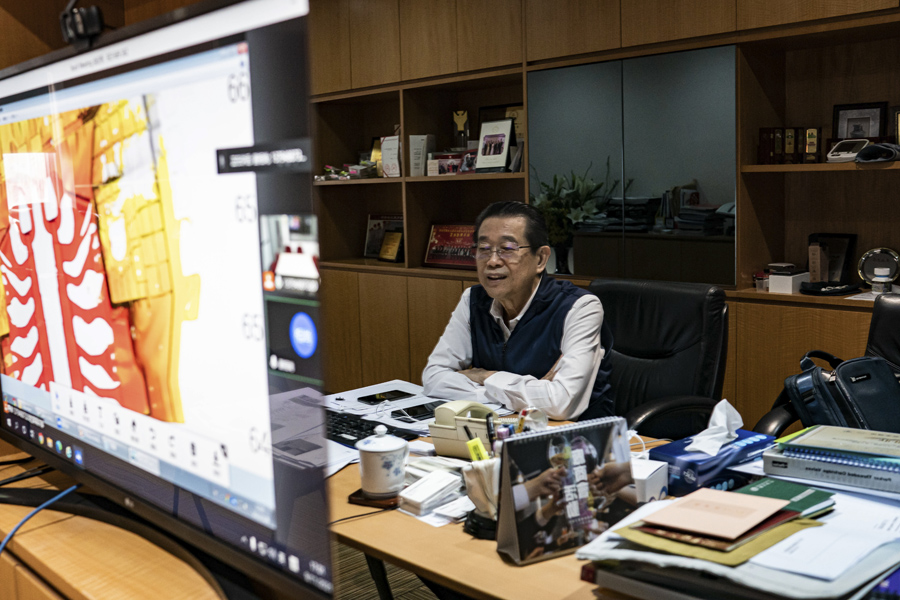 Forty-two years ago, Liu Siong Song built machines to help factories make cheap toys and watches. Then he made them for motorcycle companies.

Now he helps Tesla, in the words of Elon Musk, “make full-size cars in the same way that toy cars are made.”

Liu, 69, may have come full circle, in a sense, but he also may play a role in the future of driving. His company is one of the emerging Chinese manufacturers competing aggressively and competently with traditional players in the United States, Japan and Europe in the emerging electric car industry.

Electric cars could shake up the auto industry — and, by extension, jobs, technology and geopolitical influence. Think of how names like General Motors and Volkswagen have given the United States and Germany economic heft and international credibility.

China is poised to become a major player in electric cars, and Tesla and a slew of Chinese electric vehicle upstarts are helping its companies become even more competitive. Tesla’s huge factory in Shanghai works with local suppliers to make increasingly sophisticated components that are helping them go head-to-head with Western and Japanese auto suppliers.

The way Tesla makes cars has “created great pressure on traditional automakers,” said Liu. “They have all realized how serious the situation is and are transitioning to new energy vehicles.”

Electric vehicles are central to the Biden administration’s push for clean energy and reviving U.S. manufacturing. But as Apple did with gadgets, Tesla is forming stronger ties with China to get closer to both its adroit manufacturing supply chain and huge market of car buyers.

“China is overtaking its competitors by switching lanes in the car race,” said Patrick Cheng, chief executive of NavInfo, a mapping and autonomous driving technology company in Beijing. “The race used to be about internal combustion engine vehicles. Now it’s the electric cars.”

One hears the word “overtaking” a lot in the Chinese auto industry. Many of its executives and engineers believe that the transition to new energy vehicles presents a similar opportunity as mobile internet did in the last decade, when Chinese companies created powerful platforms such as the mobile messaging app WeChat and the short video app TikTok.

That’s why the Chinese government has embraced Tesla with open arms. It has offered Musk’s company cheap land, loans, tax benefits and subsidies. It even allowed Tesla to run its own plant without a local partner, a first for a foreign automaker in China.

Beijing is seeking what the business world calls the catfish effect: Toss an aggressive fish into a pool so that the established denizens will swim harder.

The approach has worked for both sides. Tesla’s Shanghai factory, built within a year in 2019, has surpassed its Fremont, California, plant in production, Musk said at the company’s shareholders meeting in October.

Giga Shanghai, as the factory is known, is “the best quality, lowest cost and also low drama,” he said.

It’s also big business for Chinese suppliers. Tesla said its Shanghai factory bought 86% of outsourced Model 3 and Model Y components within China in the fourth quarter of 2020, compared with 73% for Tesla cars made in its California factory.

Tesla’s stock price has more than doubled over the past year as its production capacity grew, valuing the company at about $1 trillion. Its China strategy has played a role, said James Li, an analyst who follows machinery stocks in Beijing.

“If Tesla didn’t build a factory in China, will its share prices rise so much? Will its earnings improve so much?” he said. “Not necessarily.”

Stocks of Chinese suppliers for Tesla and other electric vehicle makers have become star performers, too. The share price of the listed arm of Liu’s casting machine manufacturer, LK Group, has jumped about nine times in value so far this year.

Tesla commissioned what it called the world’s largest casting machines from LK in 2019. The machines, which Musk described as about the size of a small house, can make the rear body of a car consisting of a single piece, reducing the number of individual components and reducing costs.

Liu said that LK worked side by side with Tesla for over a year to make the machine.

“Every once in a while, they would ask us whether it was possible to do this or that,” he said. “With each revision they made, we needed to make change in our machine, too.”

He said Tesla’s goal of making 20 million cars per year was ambitious but “not unattainable” because it had simplified the manufacturing process. GM sold 6.8 million vehicles in 2020 while Tesla delivered half a million cars.

By changing the way cars are made, Tesla could do for Chinese electric vehicle makers what Apple did for the country’s smartphone industry. Many Chinese suppliers for the iPhone began working with local brands, helping them making better phones. Now Huawei, Xiaomi and Vivo phones are popular in Europe, India, Southeast Asia and Africa, if not the United States.

Cars will be harder. Tesla builds a lot of manufacturing technology on its own, so Chinese brands could have a tough time copying Tesla by working with its suppliers.

More broadly, Chinese electric carmakers and their suppliers need foreign-made chips and other know-how. The Chinese auto industry is the world’s largest, making about 25 million cars a year, but the popular ones are brands like Toyota and Chevrolet, and local brands haven’t yet caught on abroad.

And Tesla’s warm relationship with the Chinese government could sour. Musk could come under pressure to share even more manufacturing knowledge with Chinese suppliers, and he would have little choice but to do it if he hoped to stay in the market.

For all China’s progress, it still has a long way to go. LK hopes to deliver the same types of casting machines to many Chinese companies in the next two years. But some of those companies are struggling to find car designers of the type and talent that Tesla has aplenty. Without the designs, LK can’t deliver the machines.

“Many Chinese automakers are talking to us about building the machines, but the majority of them are still in the design process,” Liu said. “We have a bottleneck in designers in China.”

Tweets by @forbesindia
How Twitter can fix itself
From vinho verde to rosé: A world tour of wine trends for 2022