LVMH, Prada, H&M, Zara, Adidas, Nike, New Balance, UGG are contributing to Amazon rainforest destruction, according to a report from the Stand.earth 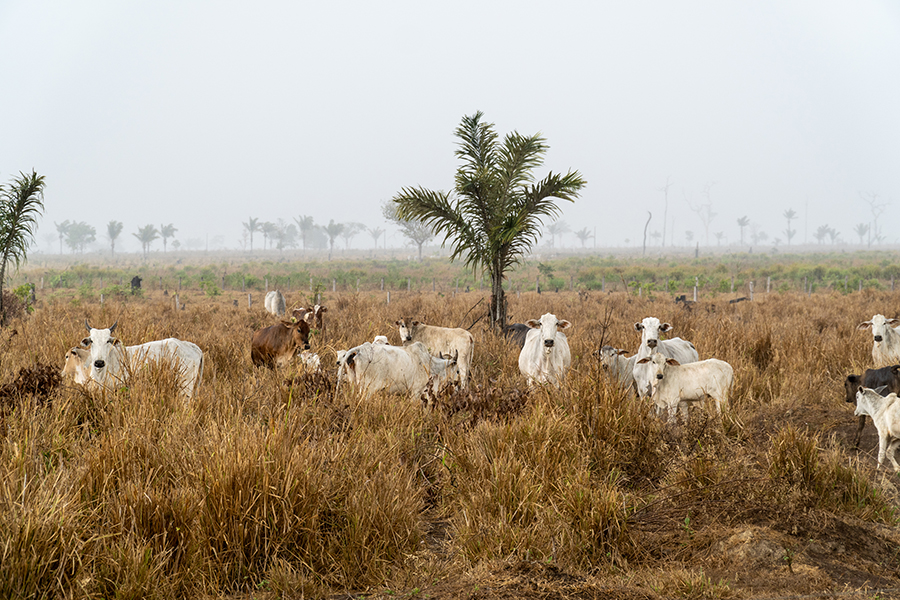 Major fashion brands are reportedly at risk of contributing to the deforestation of the Amazon rainforest because of their connections to tanneries and other companies involved in leather production.
Image: Paralaxis / Shutterstock

A report from the Stand.earth NGO highlights the links between some major fashion brands and suppliers whose activity contributes to Amazon rainforest destruction. The production of leather clothing and accessories is the main cause.

LVMH, Prada, H&M, Zara, Adidas, Nike, New Balance, UGG... The unfortunate common point between these brands? Their potential role in deforestation in the Amazon. A number of major fashion brands could indeed be contributing to the destruction of the Amazon rainforest because of their links with tanneries and other companies involved in leather production.

So suggests a study by the NGO Stand.earth, which found that more than 50 fashion brands sold around the world have multiple ties to JBS, the largest Brazilian leather exporter, known for its impact on Amazon deforestation.

While the study does not demonstrate a direct link between each brand and Amazon deforestation, the researchers did find multiple connections in the fashion industry's global supply chains. Indeed, to meet consumer demand for leather wallets, handbags and shoes, the fashion industry will have to slaughter 430 million cows a year by 2025, according to an article in The Guardian.

Much of the leather in our closets comes from cattle raised in the Amazon forest. However, cattle breeding is considered one of the leading causes of deforestation in the Amazon, where trees are destroyed to transform land into grazing areas (53 million hectares destroyed in the Amazon basin in 2017, compared to 14 million in 1985, according to the Mapbiomas platform).

Between fires and intensive agricultural activities, the world's largest rainforest has seen alarming decline in recent years. According to a study published last April in Nature Climate Change, between 2010 and 2019, the Brazilian Amazon has emitted about 18% more carbon than it has absorbed, with 4.45 billion tonnes released, compared to 3.78 billion tonnes stored. The gradual disappearance of the Amazon rainforest is one of the "tipping points" identified by experts, which could lead to dramatic and irreparable change in the climate system.