In the albatross 'community', monogamous by nature, the 'divorce' rate was seen to be higher during the warmest years. The lack of food, and the difficulty involved in finding it, appears to cause more stress to the birds, and could be causing more couples to split up 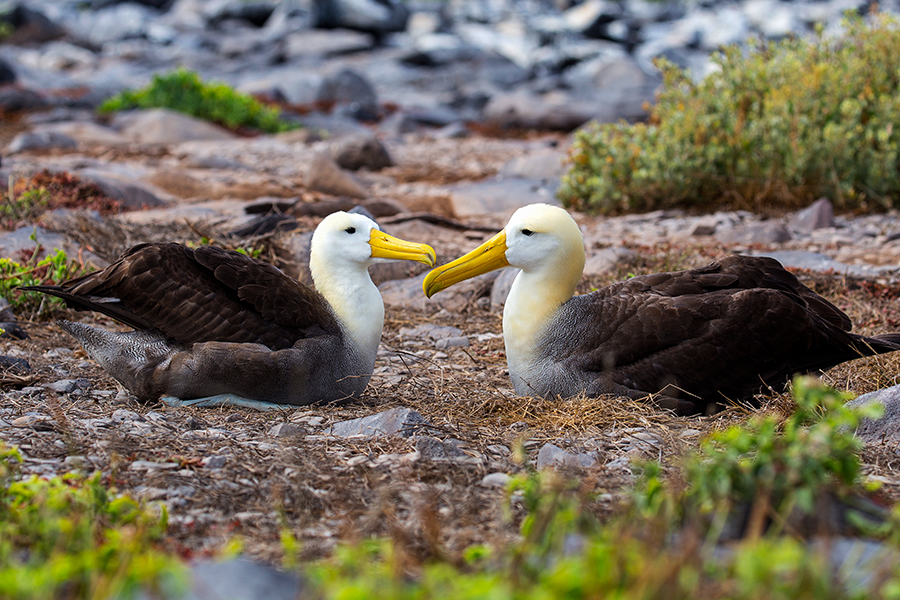 Researchers have found a link between global warming and increasing divorce rates in albatrosses.
Image: Shutterstock

Researchers have identified a link between global warming and the lifestyles of albatrosses. In these animals, monogamous by nature, the "divorce" rate was seen to be higher during the warmest years. The lack of food, and the difficulty involved in finding it, appears to cause more stress to the birds, and could be causing more couples to split up.

The divorce rate appears to be increasing among albatrosses—a particularly rare phenomenon in this species of bird that normally remains with the same partner for life. Researchers have studied the issue and published their results in The Royal Society journal.

The researchers, led by Francesco Ventura, a biologist at the University of Lisbon, highlighted the probable influence of global warming—and particularly ocean temperatures—on the love life of albatrosses.

The study focused on 15,500 black-browed albatrosses in the Falkland Islands, an archipelago in the South Atlantic, located southeast of Argentina. Starting in 2003, the researchers collected "capture-mark-recapture" data, banding breeding and nesting birds from five sub-colonies and recording each new egg and chick. They also analyzed the environment, such as ocean temperature, habitat access and nutrient supply.

This environmental variable has caused some albatross pairs to fail to breed, due to poor health or stress from traveling to forage. And a difficult breeding season can lead the birds to separate, explain the researchers, who have observed new pairs being formed, particularly at the initiative of females, who find it easier to find a partner.

"Our work provides, to our knowledge, the first evidence of a significant influence of the prevailing environmental conditions on the prevalence of divorce in a long-lived socially monogamous population," conclude the researchers.

Tweets by @forbesindia
From vinho verde to rosé: A world tour of wine trends for 2022
Top music and podcasts India streamed in 2021