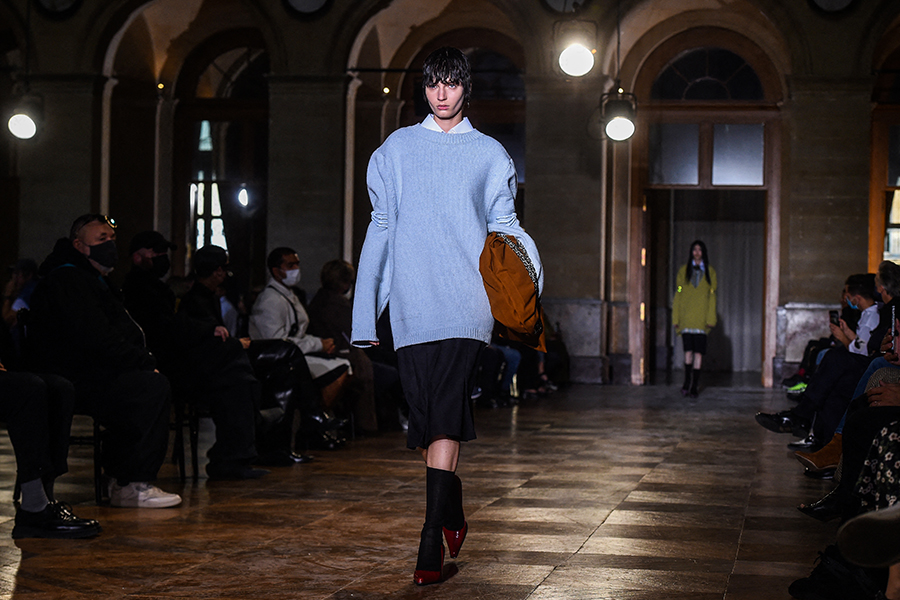 From New York to Paris, the recent Fashion Month brought even more gender fluid collections, responding to a pressing demand from Gen Z to end the binary man-woman approach. Although this (r)evolution isn't exactly new, it's increasingly gaining importance in a sector that's undergoing profound change, and which is nothing if not the reflection of a society striving at all cost to break down stereotypes and diktats. Eric Briones, editorial director of the Journal du Luxe, explains the phenomenon.

Harry Styles in a Gucci dress, on the cover of Vogue magazine. The image was powerful, and it certainly created controversy, but not a backlash—on the contrary, in fact. In some way, it's an image that embodies the changes that are taking place in an industry that's in the midst of profound transformation. Others, in the past, have tried—from the punk movement of the '70s, and the likes of David Bowie, to Jean Paul Gaultier's men in skirts—but without ever managing to bring what was then known as unisex or androgynous fashion, fully into the mainstream.

Probably because Gen Zers hadn't yet rocked up in their sneakers, bringing with them a vast power of influence, and rejecting anything resembling a pigeonhole or a stereotype. "The notion of gender is obsolete for a Gen Zer, who believes that this binary [system] is totally outdated. And the first exploration of this temptation to the non-gendered gets played out in fashion and beauty," explains Eric Briones, author of the book "Le Choc Z." And in the face of this generation's power, brands have to respond to what is ultimately more than a demand, but an almost vital need.

"There is an almost political dimension in saying that going along with gender is responding to an old patriarchal system," says the editorial director of Journal du Luxe, and this system is totally rejected by the progressive logic of Generation Z. "This is a genuine reality, especially in fashion and beauty. For this generation, which is obsessed with expressing its singularity, the no gender [concept] is a major catalyst for self-expression."


It's not surprising that fashion houses like Balenciaga and Gucci, which count numerous initiatives around gender—or rather, no gender—  are among the world's most popular.* The former presented a gender-neutral haute couture wedding dress, while the latter went so far as to launch an entire section, Gucci MX, dedicated to non-binary fashion. It seems to be a winning strategy for these two luxury giants, who have clearly paved the way for the future—and the renewal—of fashion.

Brands and major fashion houses are now each following the next in proposing 'gender fluid' or 'no gender' or 'non-binary' collections. And while some stand accused of 'gender washing,' others have embraced the concept and transposed it into their DNA. This is the case of Telfar, of course, but also of Louis-Gabriel Nouchi, Casablanca and Jeanne Friot.

More recently, on the Paris Fashion Week catwalks, Raf Simons, as well as Christelle Kocher, unveiled pieces—even entire collections—heading in the direction of gender-fluid fashion. Meanwhile, celebrities like Lil Nas X stepped out in non-gender-specific outfits on the red carpet of the legendary MET Gala in New York. Such moves can only help make it easier for people to gradually free themselves from traditional gender stereotypes.

These offerings prove that non-binary fashion is more than just a trend. "I think it's a mainstream movement, and it's going to last, even if some people are going to be totally allergic to it. But if we look at the feminist movement today, we are in a logic of non-differentiation of the sexes, so the [idea of] 'no gender' has a bright future ahead of it," says Eric Briones.