The MET Gala, one of the year's most highly anticipated fashion events, generated even more buzz this year after the 2020 edition was cancelled 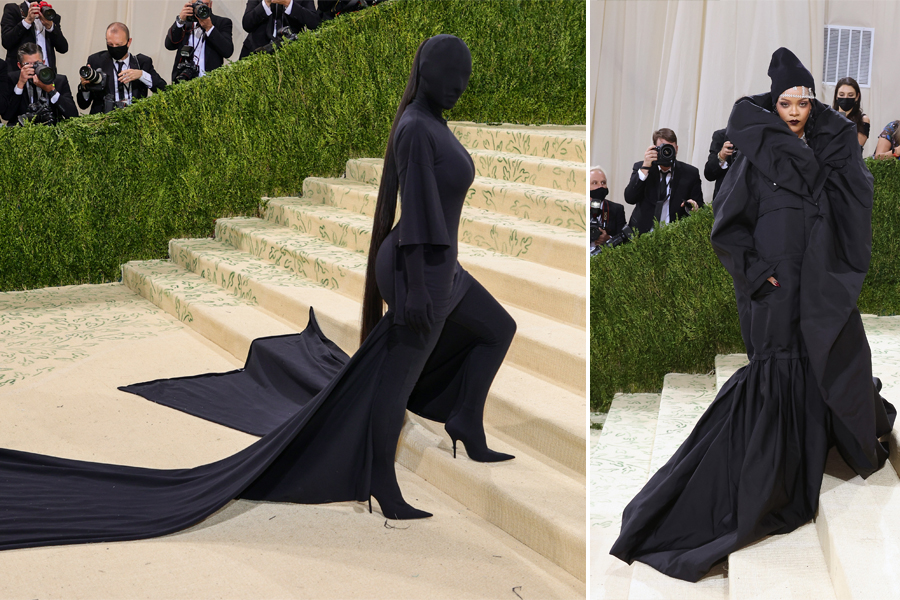 French fashion house Balenciaga scored the biggest at the recent MET Gala, held on September 13, thanks to the influence of Rihanna and Kim Kardashian, whose outfits attracted significant attention and commentary. As a result, web users rushed online, not only to praise, make fun of, or create memes of the looks of the two international stars, but also to search for and purchase creations stamped with the logo of the fashion house.

The MET Gala, one of the year's most highly anticipated fashion events, generated even more buzz this year after the 2020 edition was cancelled. And there is no doubt that the lucky celebrities who got an invitation had a great time showing off their ultra-glamorous, original and even eccentric outfits, to the delight of the public.

Rihanna, wearing an oversized overcoat, verging on a bed comforter, designed by Balenciaga, was crowned queen of the evening, receiving unanimous approval for her look from those commenting on the web. In another style, Kim Kardashian, who went for a full-body ensemble hiding her face, also by Balenciaga, has been the subject of much derision and mockery. But that doesn't really matter as both stars have been at the center of the conversation—meaning that both them and and by extension the fashion house have been gaining in visibility.

Following the MET Gala, searches for Balenciaga pieces began to skyrocket, so much so that in the last two days, they even registered a 505% increase, says the latest report from global fashion search platform Lyst.* This is a real publicity coup for the fashion house, which is already a hit around the world, especially with Gen Z. The ERL label also benefited from the MET Gala thanks to A$AP Rocky's ultra-cozy cocoon coat, with searches for the brand's products up 259% within just a few hours.

Among the other brands that gained in visibility from the event were Brother Vellies—Alexandria Ocasio-Cortez wore a dress by the brand covered with the phrase "Tax the Rich" (+120%), Oscar de la Renta (+179%) and Versace (+45%).

A day earlier, it was the MTV Video Music Awards that were the center of attention with, again, ultra-daring outfits. Which seems to be all the rage these days as it was the outfit worn by Megan Fox—a totally transparent dress by Mugler—which seems to have had the most impact. Searches for transparent dresses recorded an increase of 144% after her appearance on the red carpet.

*To draw up this report, Lyst studied the search behavior of its 150 million annual visitors browsing and buying from among 8 million fashion items online from 12,000 brands and stores  to understand how they react to the events mentioned above.

Tweets by @forbesindia
What is this 'missing matter' of the Universe that has been found?
Our top reads of the week