Fashion Week is returning to New York with in-person energy

The pandemic overshadowed the last two fashion weeks, in September 2020 and February 2021, as both were dominated by virtual runway shows 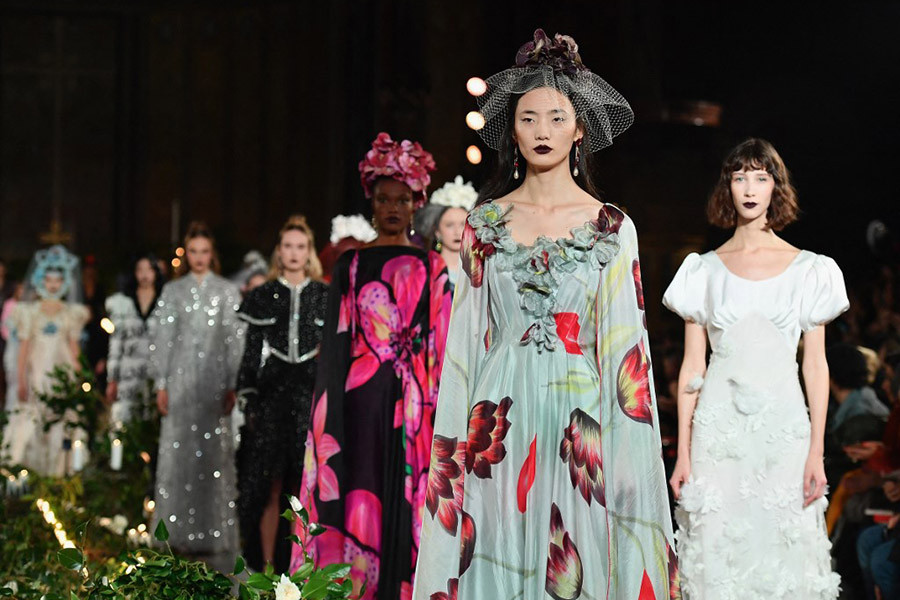 After a long hiatus due to the coronavirus pandemic, New York is opening its Spring/Summer 2022 Fashion Week with the return of in-person runway shows featuring big names like Tom Ford and Altuzarra.
Image: Angela Weiss / AFP

After a long hiatus due to the coronavirus pandemic, New York is opening its Spring/Summer 2022 Fashion Week with the return of in-person runway shows featuring big names like Tom Ford and Altuzarra.

But Covid-related curbs will deprive the series of some of its usual international flavor as it rolls out this week.

The pandemic overshadowed the last two fashion weeks, in September 2020 and February 2021, as both were dominated by virtual runway shows.

Steven Kolb, chief executive of the Council of Fashion Designers of America (CFDA), says he sees room for both digital and in-person shows.

But "there is a real optimism and energy and enthusiasm about returning to live shows," he added.

"There is, of course, nothing you can compare to a live show."

In New York, whose fashion shows precede those of London, Milan and Paris, there is no shortage of iconic runway settings, as with Tommy Hilfiger's Apollo Theater show in 2019 or Michael Kors' Studio 54-themed event the same year.

On Thursday evening, LaQuan Smith will present his collection atop the Empire State Building, capping a day including shows by Moschino, Sergio Hudson and Carolina Herrera.

On Tuesday, the founder of Collina Strada, Hillary Taymour, will confirm her environmentally conscious approach with a show on a rooftop garden in Brooklyn.

"This is an important moment for New York, and we're proud to support the city and the industry," said Michael Kors.

Fashion Week this year overlaps with the Metropolitan Museum of Art's own fashion extravaganza, a high point of the city's social calendar, set for Monday.

This year's Met Gala has a distinctively youthful imprint, hosted by singer Billie Eilish, actor Timothee Chalamet, poet Amanda Gorman and tennis star Naomi Osaka, none of them older than 25.

But in a city that has been slammed by Covid-19—and again in recent days by historic flooding— the return to normal is coming slowly.

Fashion Week's organizers have announced a strict protocol: All guests and participants must be vaccinated, masks are recommended—though not for runway models—and audience sizes are limited.

According to the CFDA, "a large percentage" of the 91 official events will take place outdoors, while some labels continue to rely on digital presentations.

And with travel to the United States still banned from many countries, "there will be many of our normal international guests... not getting to New York," Kolb told AFP.

But he insisted that he has "no concern that the impact will not reach an international audience. It'll just reach them" virtually.

This time, the CFDA has been touting the return of Thom Browne and Joseph Altuzarra, who earlier left New York for Paris.

The week gets fully underway on Tuesday with Christian Siriano and Collina Strada.

Also on the calendar are Liberian-American stylist Telfar Clemens, whose vegan leather shopping bag created a sensation, and Peter Do, the young designer who grew up on a small farm in Vietnam and is now taking part in his first Fashion Week.

Meantime, the pandemic, by at least temporarily de-emphasizing in-person shows, has left some designers with mixed feelings.

"I don't think designers necessarily feel the pressure to show every season, as some of them have maybe once felt," said Cathleen Sheehan, a professor at the Fashion Institute of Technology in New York.

"It's a tremendous relief for a lot of brands, because shows are incredibly expensive.

"It's less of an obligation and a routine. There's more freedom."