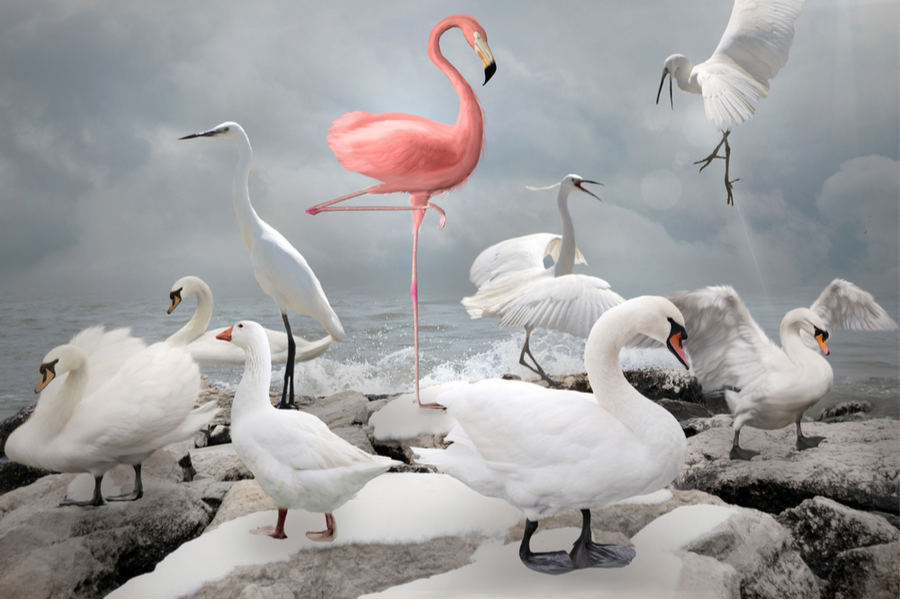 As Calvin Klein’s first chief creative officer with sweeping oversight of the iconic American label, Raf Simons seemed to be making all the right moves. After arriving in New York in the summer of 2016, the Belgian designer won one industry accolade after another for designs described as “brilliant”, “exhilarating” and “reinvigorating”. He referenced 1980s American horror movies, channelled Andy Warhol and dressed celebrities such as the Kardashians and hip hop collective A$AP Mob in Calvin Klein denim and underwear.

There was only one problem: Sales were simply not keeping up. For other designers still trying to make their mark, insipid revenues might be par for the course. For Simons, who was hired for US$18 million a year by a global fashion empire, it meant time to go just two years into his first outing this side of the Atlantic.

Emanuel “Manny” Chirico, chief executive of Calvin Klein’s owner PVH Corp, told investors: “We are disappointed by the lack of return on our investments in (the runway line) and believe that some of the Calvin Klein Jeans’ relaunched product was too elevated.”

In a case study, former Calvin Klein senior vice-president Manon Frappier, INSEAD research fellow Brian Henry and I look at what went wrong. To sum up: a poor fit between designer and brand; a lack of understanding of the market; and the perennial tension between commerce and creativity.

If the designer fits…
Simons came to New York with a solid reputation, having been creative director at famed French house Christian Dior and Germany’s Jil Sander, aside from running his own eponymous brand. He is celebrated for his ability to transcend cultures and market segments and build a strong brand identity. His avant-garde designs for his own label promote an alternative idea of masculinity. At Jil Sander he moved away from austere minimalism towards couture-inspired collections. In the three years he spent at Dior, he rejuvenated a venerable Parisian house by marrying its romantic heritage seamlessly with a touch of edge, making it hugely profitable.

Calvin Klein chief executive Steve Shiffman hired Simons to re-invent the brand. Simons was tasked with unifying all of Calvin Klein’s 20 internal divisions and 10 external licensee divisions under a single creative vision. As Shiffman observed: “Not since Mr Klein himself was at the company has it been led by one creative visionary.”

But that outsized mandate, coupled with the towering expectations Chirico alluded to, proved to be too much even for someone of Simons’s talent. Let’s deconstruct the factors leading to the all-too-soon break-up.

Job fit
Success at the top levels of the creative industries is a matter of matching styles, organisational experience and status. While Simons’s prestige was never in question, he never had to oversee a business as sprawling as Calvin Klein. He also has a distaste for speed. “I’m not the kind of person who likes to do things so fast,” he said in an interview while at Dior.

Stylistically, Simons’s haute couture background was not a good fit for Calvin Klein either, whose customers are more inclined to shop in malls than high-end boutiques. Industry news website Business of Fashion reported that parent company PVH, which at first publicly expressed confidence in Simons, was concerned that Calvin Klein’s partnership with the Andy Warhol Foundation was too high-brow for its customers.

Tensions between Simons and the PVH board were regularly reported, for example over the choice of photographers for Calvin Klein campaigns or Simons’s use of his own collaborators instead of Calvin Klein “old timers”.

Understanding of the market
Though Simons is a fan of American popular culture, his inspiration is perceived as elitist. The one-time university professor at the University of Applied Arts Vienna speaks with the measured pace of an intellectual and comes across as reserved, even though he found the formalities of European high fashion stifling.

At Calvin Klein, Simons failed to fully grasp the iconic brand’s DNA, which is driven less by innovation than (sexually charged) provocation. Channelling Hollywood and hip hop is fine, but a US$1,308 made-in-Italy sweater emblazoned with “JAWS” (of the Steven Spielberg movie fame) was simply too, as Chirico put it, “elevated”.

Simons’s penchant for luxe – embodied in the runway line 205W39NYC, the revamped flagship store, the artsy showroom and the premium brand image – deviated too much from the money-making mass market that embraced Calvin Klein’s underwear, jeans and outlet stores.

Tension between commerce and creativity
Reconciling the often clashing imperatives of profit and creativity is something every working artist has to deal with. For the designer of a major fashion company, that fine balance has to be calibrated for two distinct audiences – peers plus critics, and general consumers.

The former could not have been more enamoured of Simons at Calvin Klein. In 2017, the Council of Fashion Designers of America named him Designer of the Year for both womenswear and menswear, a feat no other designer had achieved in the previous 20 years. The British Fashion Council handed him a Fashion Award the same year. Fashion journalists likewise showered praise on Simons.

Consumers were not as impressed. Calvin Klein’s revenue grew just 2 percent in the third quarter of 2018. Owner PVH’s shares were down 35 percent that year. Calvin Klein gradually stripped Simons of his oversight of marketing, advertising and store design. Things came to a head in November 2018, when Simons’s lawyers delivered a 30-day breach of contract notice to PVH, the Los Angeles Times reported.

Chirico, a strong corporate leader formerly from Ernst & Young but with little experience in premium fashion, was not backing down. Ten days later, Chirico called Simons’s final denim lineup for Calvin Klein a “fashion miss” and pledged that the brand would “offer a more commercial product and marketing experience”. Barely a month later, the company announced it was parting ways with its chief creative officer after it “decided on a new brand direction which differs from Simons’s creative vision”.

What it could have been
Internally, Simons was blamed for everything from the collapse in orders and poor planning to misallocation of resources. But things might have turned out very differently if Calvin Klein had done one thing: assemble a team of company insiders as Simons’s collaborators or coaches. Bottega Veneta and its British creative director Daniel Lee provide a great proof of concept. No doubt Lee’s sheer talent has a lot to do with his successful transformation of the formerly staid Italian house into a more fashion-forward presence since 2018. But he was also an outsider helped by an insider team and the support of the Kering group. They could guide and channel his creativity without alienating Bottega Veneta’s audience.

Simons, on the contrary, was responsible for not just designing clothes, but also marketing and merchandising, neither of which he had much experience in. He hired his long-time collaborators to helm Calvin Klein advertising campaigns, runway shows and redesign the flagship store. Predictably, reviews of the innovative but sexually tame campaigns were mixed. After all, Simons was working under the constraints of a storied label famous for its jeans and underwear, while Lee had a far bigger creative licence – and larger error margin – designing for a high fashion brand.

It could have been an American Dream come true for a self-made designer from Flanders. Instead, Simons returned to Europe, where he’s now joint creative director at Prada. Calvin Klein took the axe to Simons’s vision, closing the runway line as well as the flagship store he redesigned. It has also returned to the brazen, provocative campaigns that made its name. Hopefully, Simons will find Prada a better fit.

Frédéric Godart is an Associate Professor of Organisational Behaviour at INSEAD. His research focuses on the dynamics of creative industries and explores the impact of formal and informal social networks on creativity.