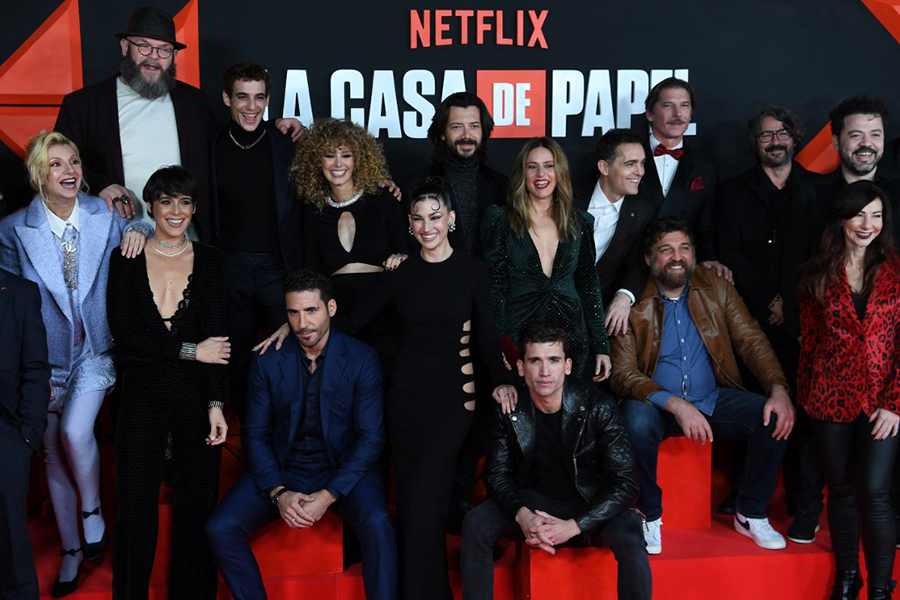 One of Netflix's most watched series, Spanish thriller "Money Heist", will come to an end on Friday when the US streaming giant releases its final five episodes.

The following are five facts about the show about a gang of thieves who launch elaborate heists:

The debut season of the series scored so-so ratings when it was first broadcast on free-to-air Spanish TV station Antena 3.

The first episode aired on May 2, 2017 was seen by four million viewers, but the audience kept dropping and the final episode of the season captured just 1.4 million viewers.

It was only after Netflix bought it, re-edited it, dubbed it and began streaming it in December 2017 that the show took off in Spain and the rest of the world.

The story centres on a group of criminals who break into Spain's Royal Mint to print their own money, an allegory of revolt against the excesses of capitalism that struck a chord with many viewers a decade after the global financial crisis.

French daily Le Monde called the series "an allegory of rebellion" and the red overalls and Salvador Dali masks worn by the fictional thieves in the series have been donned in protests around the globe.

In December 2020 a group of gunmen carried out a brazen robbery in Criciuma in southern Brazil which appears to have been inspired by the series.

The heavily armed gang burst into a bank, detonated explosives to blast open its safe and then threw bills flying into the air before fleeing.

Bystanders who raced to collect the money hampered the efforts of police to catch the robbers.

In the series all the members of the gang are given code names taken from cities around the world: Tokyo, Rio, Berlin, Moscow, Nairobi, Oslo, Helsinki, Denver, etc.

The show's creator Alex Pina has said the inspiration came from a staff member of the series who wore a t-shirt with the word Tokyo.

Fans of the show who visit Madrid can often be seen taking pictures of themselves in front of the Royal mint where much of the series takes place.

But for security reasons the exterior images of the building were actually shot in front of another institution with similar architecture—the Spanish National Research Council.