Fresh from their assault on the results of the 2020 U.S. presidential election, former President Donald Trump and his allies are exporting their strategy to Latin America's largest democracy, helping sow doubt in the electoral process in the event that he loses 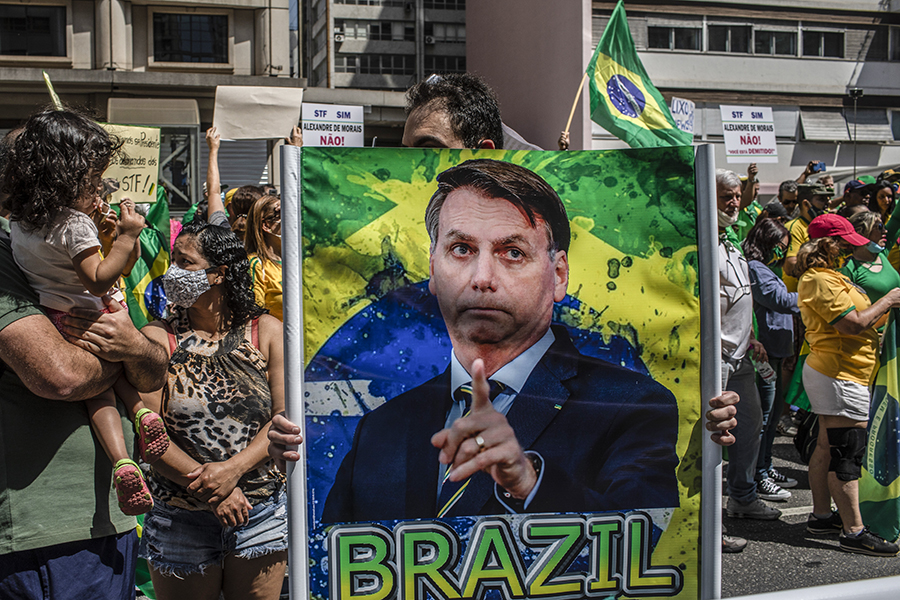 Supporters of President Jair Bolsonaro of Brazil during a demonstration on Independence Day in Sao Paulo, Brazil, Sept. 7, 2021. With his poll numbers falling, President Bolsonaro is already questioning the legitimacy of next year’s election. He has help from former President Donald Trump and his allies.

Image: Victor Moriyama/The New York TimesBRASÍLIA, Brazil — The conference hall was packed, with a crowd of more than 1,000 cheering attacks on the press, the liberals and the politically correct. There was Donald Trump Jr. warning that the Chinese could meddle in the election, a Tennessee congressman who voted against certifying the 2020 vote, and the president complaining about voter fraud.
In many ways, the September gathering looked like just another CPAC, the annual conservative political conference. But it was happening in Brazil, most of it was in Portuguese and the president at the lectern was Jair Bolsonaro, the country’s right-wing leader.

Tweets by @forbesindia
Our top reads of the week
Birth of a daughter completes you: Ankur Jain