George Daniels, who died in 2011 aged 85, is considered among the greats in the field of luxury mechanical watches. The double-dialled Spring Case Tourbillon in yellow gold, completed in 1992, was a unique watch, and one of two that Daniels made for his own use 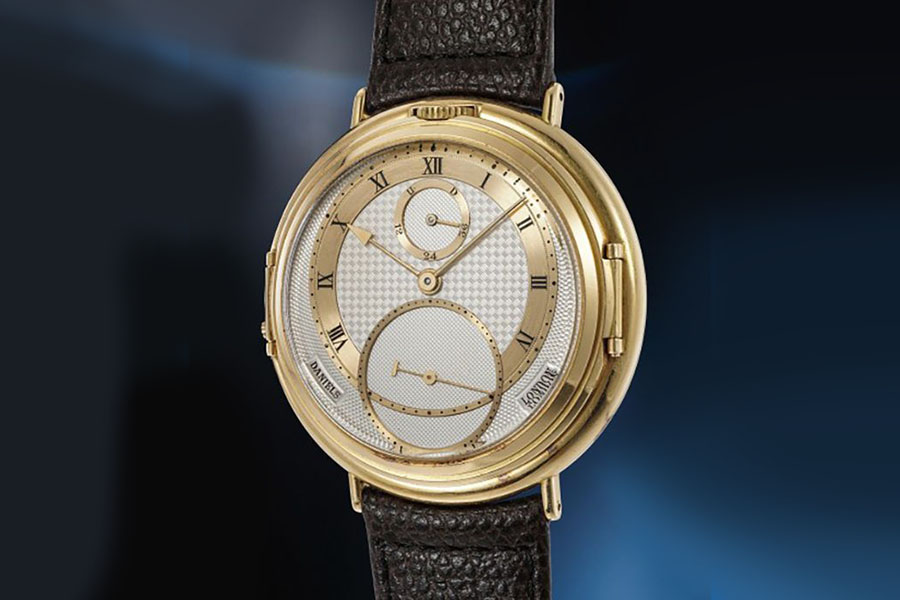 The watch was estimated at one million Swiss francs but eventually sold to a bidder in the room at the Geneva Watch Auction for 4,083,500 Swiss francs ($4.125 million).

"This marks the highest price ever achieved for a wristwatch by a British maker but also the second-highest price achieved by an independent watchmaker—a true milestone in the market," Phillips said.

The double-dialled Spring Case Tourbillon in yellow gold, completed in 1992, was a unique watch, and one of two that Daniels made for his own use.

Daniels, who died in 2011 aged 85, is considered among the greats in the field of luxury mechanical watches.

He completed 27 unique watches during his career, outside of prototypes.

Daniels invented coaxial escapement, which is now used by Omega and was "the first practical new mechanical watch escapement to be launched in 250 years", according Omega's parent company The Swatch Group.

The escapement is the "heart" of a mechanical watch, with Daniels' invention reducing the friction, resulting in greater stability of the watch's precision.

The Phillips sale over the weekend saw 226 watches fetch a total of 44.9 million Swiss francs.

The auction "celebrated not only the pinnacle of independent watchmaking... but also attested of the incredible appetite of the watch community for rare, high quality collectible vintage and contemporary pieces that reflect horological history," said head of sale Alexandre Ghotbi.

Last year, a Philippe Dufour watch was sold for 4.75 million francs, setting the record for a watch made by an independent watchmaker.

Tweets by @forbesindia
World Cup in Qatar: How high could its carbon footprint be?
Photo of the day: Blood Moon rises