While this musical genre may have lost some of its lustre in the early '90s, it has come back with a vengeance 20 years later on Tumblr and YouTube 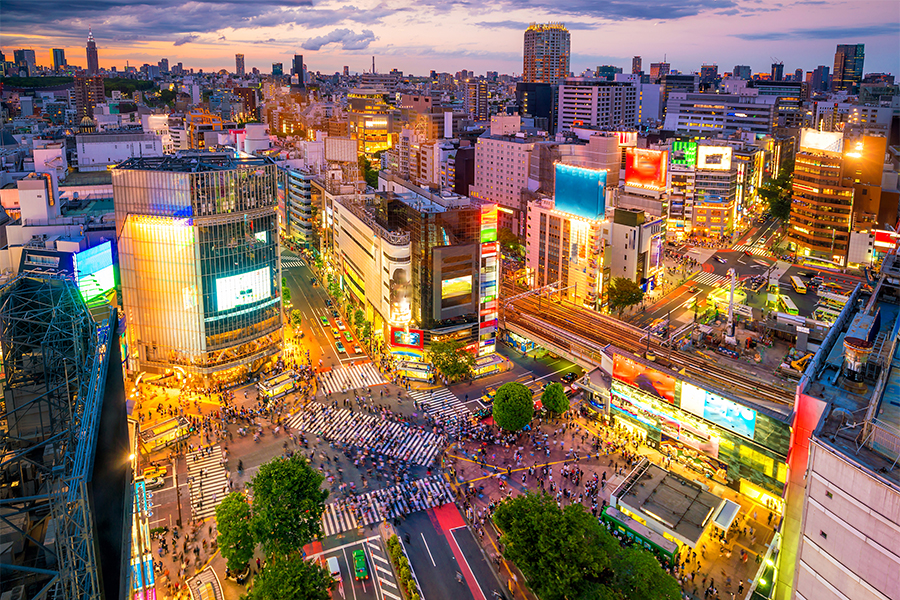 Harry Styles is at the origin of many clothing trends that have been resurrected from past decades. With his third and latest album, "Harry's House," he does the same thing with music;" the English singer here pays tribute to Japanese city pop, a genre once criticized as "elevator music." We take a closer look.

True to his generation—that of millennials, Harry Styles has a thing for nostalgia. So it's not surprising that for his latest album, "Harry's House," he drew inspiration from the 1970s and '80s. And more particularly from city pop, a musical genre that originated in Japan during a particularly prosperous era.

At the time, the West was grappling with an oil crisis, while the country of the Rising Sun was in the midst of an economic boom. Innovations in the automobile and technology sectors contributed to raising the profile of the country's international influence. Times were good in Tokyo and elsewhere. Japan's city pop drew its energy from this lively, "euphoric" urban activity. "The public spent lavishly on imported wine and liqour, luxury clothing, art, and international travel. Japanese nightlife, from flashy restaurants and hostess bars and glitzy bars and discotheques, was second to none. Japan needed a new soundtrack for this new lifestyle, and city pop was born," Eli Cohen, who helped assemble the "Tokyo Nights" album, told Vice.

This musical genre borrows from funk, soul, disco, lounge and even yacht rock. It mixes a number of references and influences, notably Asian and American. Iconic city-pop artists were inspired by the sounds of California bands like Buffalo Springfield and Little Feat. Tatsurō Yamashita even released an album consisting entirely of Beach Boys covers.

The lure of nostalgia

Meanwhile Harry Styles turned to the discography of another master of city pop, Haruomi Hosono, for "Harry's House." The title of his third album is a tribute to the first solo album of the Japanese musician, "Hosono House." The record is punctuated with other references, more or less blatant, to city pop, and more generally to Japan. One example is "Music for a Sushi Restaurant." The former One Direction member composed it after hearing another one of his songs in a Japanese restaurant. A strange choice of background music, as he explained to American public radio outlet NPR. That's why he decided to write a track more suitable for this type of establishment. The result: an energetic track punctuated by brass, bass and muffled voices.

Harry Styles is not the only one, nor the first, to resurrect Japanese city pop. While this musical genre may have lost some of its lustre in the early '90s, it has come back with a vengeance 20 years later on Tumblr and YouTube. Iconic tracks like Mariya Takeuchi's "Plastic Love" have tens of millions of views on Google's video hosting service. The reason? Nostalgia, or rather "fauxstalgia," the feeling of missing an era you never knew. It's a phenomenon particularly prevalent among members of Generation Z, for whom everything old is... new.

City pop is a perfect example of just such a paradox. For journalist Cat Zhang, this musical genre is "familiar enough to be comforting" while "the Japanese lyrics preserve an aura of exoticism and mystery, giving Western listeners room to freely project their desires." Nicolas Faustincan testify to this. The French TikToker, whose posts mix "music, nostalgia and dance," recently shared his love of city pop with his 300,000 followers. "Listen to the crazy peaceful vibe it gives off, it manages to make me nostalgic for the 80s without having lived there," he explained in a video featuring Tomoko Aran's "Midnight Pretenders" track. Harry Styles would surely agree.