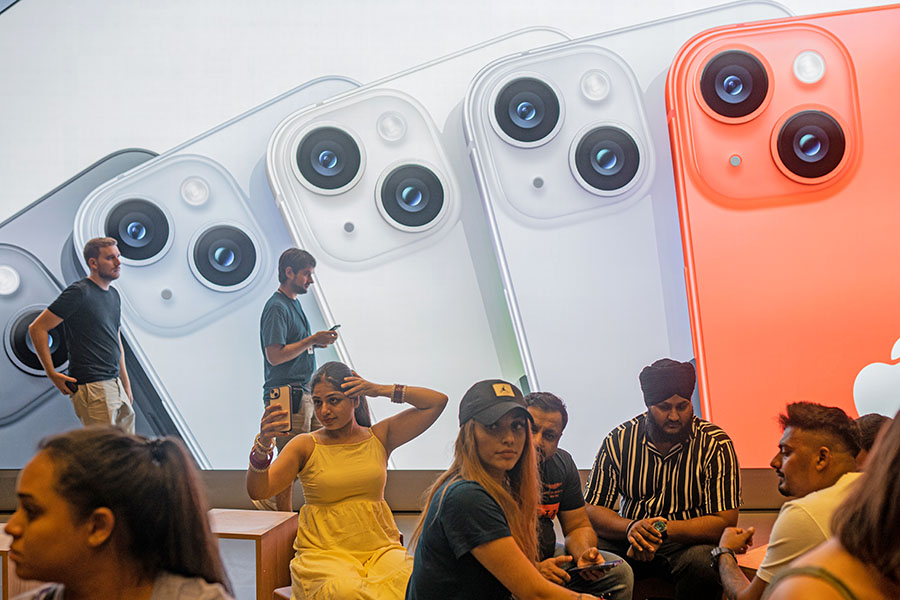 "We're excited to be manufacturing iPhone 14 in India," Apple said in a brief statement. Image: Marc Asensio/NurPhoto via Getty Images

Mumbai, India: Apple will manufacture its new flagship smartphone in India, the US tech giant said Monday, as it seeks to diversify production away from a dependence on China.
The iPhone supply chain is based mainly in China but the country's zero-Covid policies and tensions with the United States have hurt production, analysts say.
Also read: How China's growing supply chain constraints are giving Apple's India play a big boost
"We're excited to be manufacturing iPhone 14 in India," Apple said in a brief statement.
The California-based firm already makes older iPhone models in India via Taiwanese manufacturers such as Foxconn, which has a factory in the southern state of Tamil Nadu.

The latest announcement comes just weeks after Apple launched new smartphones. The tech behemoth is commencing production of the iPhone 14 in India much earlier than it did for previous models, Canalys analyst Sanyam Chaurasia said.
"Over the last couple of years, it has been increasingly diversifying its supply chain to India," Chaurasia told AFP.
About 7.5 million iPhones—around three percent of Apple's global production—were made in India last year, the analyst added.
"We expect that the local production of iPhones could reach more than 11 million this year," he said.
Also read: Apple warns of flaw that lets hackers into iPhones, Macs
Apple's announcement will be a boost to Prime Minister Narendra Modi's "Make in India" strategy under which he has urged foreign businesses to manufacture goods in the South Asian nation.
© Agence France-Presse

Tweets by @forbesindia
With crypto theft becoming a common occurrence, Stanford University researchers have come up with an ingenious solution
TikTok seen moving towards US security deal but hurdles remain