The attention to India is very high now for the smartphone manufacturer thanks to the government's production-linked incentive. The push towards localisation in the country has helped Apple in its domestic sales too 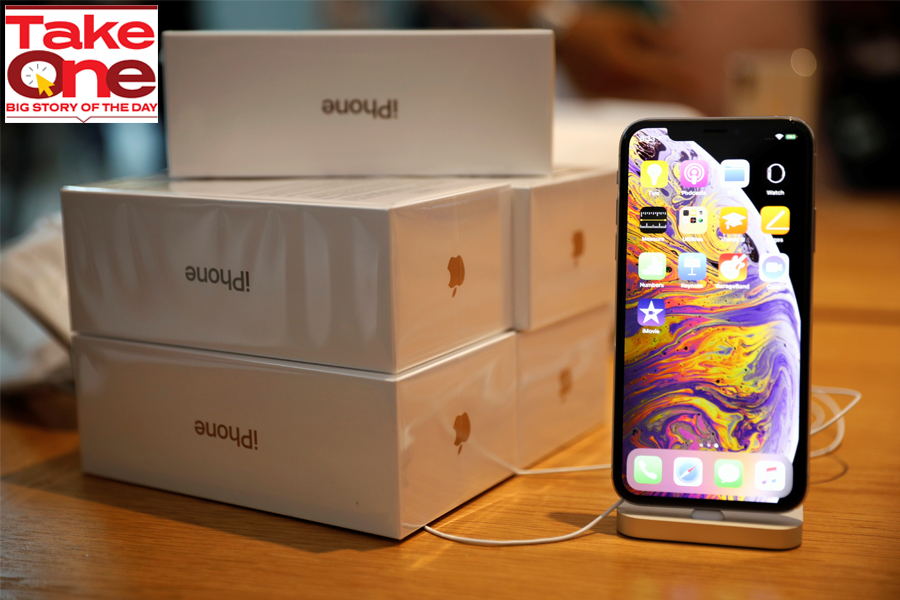 Apple’s contract manufacturers in India include Taiwan-based Foxconn, Wistron and Pegatron, who have set up manufacturing facilities in Sriperumbudur, Bengaluru and Chennai respectively. Image: Karen Dias/Bloomberg via Getty Images

It’s certainly no mean feat. For very long, India was never really in Apple's plan when it came to manufacturing its flagship models outside China. Up until 2017, the nation of 1.3 billion, and among the fastest-growing large economy had remained a retail market for the Cupertino-based tech giant, cornering a paltry one percent of the country’s smartphone market.

All that changed in 2017 when Apple’s contract manufacturer Wistron began manufacturing the iPhone SE out of its factory near Bengaluru. Since then, three of Apple’s contract manufacturers have stepped up their presence in the country and are cumulatively shipping over a million phones a quarter out of India, a growth of over 50 percent compared to the previous year. In all, in 2021, Apple shipped out nearly 6 million phones out of India, according to estimates.

In April, Apple had announced that Foxconn would begin manufacturing the company’s latest offering, the iPhone 13, out of India. “We are excited to begin making iPhone 13—with its beautiful design, advanced camera systems for stunning photos and videos, and the incredible performance of the A15 Bionic chip—right here in India for our local customers,” Apple had said in a statement.

About 70 percent of the Apple smartphones sold in the country are manufactured indigenously. Last year, India accounted for about 3.1 percent of Apple’s global manufacturing base in 2021, a number that’s expected to grow to between 5 percent and 7 percent in 2022, according to estimates by Counterpoint Research. Currently, none of the Pro models is manufactured in India.

“The attention to India is very high now,” Tarun Pathak, research director at Gurugram-based Counterpoint Technology Market Research, tells Forbes India. “For a very long time, Apple has been trying to reduce its dependency on China and there are very few countries that provide an alternative to that. About 3 percent of annual production is made in India, which is very less. But the indication is that it will grow significantly in the years to come.”

For now, China accounts for some 95 percent of the global manufacturing base of the tech giant. But the growing pressure on the supply chain in recent times caused by the Covid-19 pandemic in China has forced Apple to relook its plan and reduce dependence on Asia’s largest economy. “Our supply chain is truly global, and so the products are made everywhere. We continue to look at optimising,” Apple’s CEO Tim Cook had said in April.

That’s perhaps why as much as Rs47,000 crore worth of iPhones are expected to be manufactured by Apple’s manufacturers this year—almost five times what they manufactured in the previous fiscal. The push towards more manufacturing out of India is also thanks to the government’s production-linked incentive that allows for incentives between 4 percent and 6 percent of cashback over five years. The move is widely expected to offset the cost disparity of some 10 percent with other countries.

“For long, Apple has been looking to push manufacturing into countries that it considers as friendly sourcing countries,” says Yugal Josh, partner at Dallas-based Everest Group. “The company has been looking at a reconfiguration of its supply chain and if India can play its cards well, there is a good chance that India will become a key component of Apple’s manufacturing play.”

Already, the push towards localisation in India has helped the company in its domestic sales, allowing for cheaper pricing and discounts. “India is one of the costliest markets for the iPhone,” adds Pathak. “Manufacturing in India adds flexibility to the end results and that gives an opportunity to pass it on to the customers.”

“Apple has been serious about localising and not just in the case of iPhones,” adds Pathak. “With time, it is certain that they are looking to go deeper into local sourcing. Apple is an anchor company, and that means suppliers will be lining up to become part of the component ecosystem.”

In the first quarter of 2022, Apple’s India sales grew by 5 percent compared to the year-ago period and remained the top-selling brand in the premium segment, worth more than Rs30,000, according to Counterpoint Research. “Over the past two years, Apple has been ramping up its online presence, added more resellers, and has been expanding its presence offline,” says Pathak. That’s also perhaps how Apple has emerged as the largest smartphone brand by revenue.

Yet, iOS devices account for less than 4 percent of India’s smartphone landscape that is largely led by Android with a user base of more than 95 percent. India had some 1.2 billion mobile subscribers in 2021, of which about 750 million are smartphone users. That number, however, is expected to grow significantly and the share of smartphones is expected to cross 1 billion users by 2026, making it the second-largest smartphone manufacturer in the next five years. That push will also be propelled by the rollout of the 5G network in India.

Overall though, shipments of smartphones made in India crossed over 48 million in the first quarter of 2022, according to a new report by Counterpoint Research. According to the report, shipments of devices made in the country grew by 7 percent during the quarter, while manufacturing of feature phones declined by 41 percent. In 2021, Indian manufacturers shipped over 190 million units, a number that’s only expected to grow this year.

“Going forward, we believe India’s handset manufacturing will grow 4 percent year-on-year in 2022,” Counterpoint says in its report. “Also, the increasing local value addition will drive the idea of ‘Aatmanirbhar Bharat’. The government is focusing a lot on increasing localisation, and with the Semiconductor PLI, it aims to make India a prominent destination for semiconductor and electronics manufacturing.”

Much of the recent supply constraints were also led by China’s growing shutdowns across cities largely due to Covid-19. Beijing has a strict zero Covid-19 policy which has led to long lockdowns in major cities and suspended operations in factories, businesses and schools. In April, Apple had said that the lockdowns in China were set to make a huge dent in the company’s revenues during the April-June quarter. "We have estimated the constraints to be in the range of $4 to $8 billion, and these constraints are primarily centred around the Shanghai corridor,” Tim Cook had said then. More than half of Apple's 200 main suppliers have facilities in Shanghai and its adjoining regions.

“In the long run, supply chain issues won’t really be the problem,” says Faisal Kawoosa, chief analyst at Gurugram-based research firm Techarc. “But the geopolitical situation is something that has become difficult to decode. There are times when the US doesn’t want to do trade with China, and that’s perhaps why it is important to create a parallel supply chain.” Yet, it’s easier said than done since Apple has spent decades building infrastructure, particularly hubs, and a skilled workforce.

In India, Apple only begins manufacturing an iPhone model some six months after its global launch. “In all honesty, India doesn’t particularly have a cost advantage when it comes to China or others,” adds Kawoosa. “The PLI scheme is a sweetener. But what has worked for China is unlikely to work for India, especially since India is a democracy. China has a unilateral setup with labourers and those conditions are difficult to replicate in India.”

In December 2021, Foxconn had shut its factory after workers turned out in force to protest a mass food poisoning incident. Apple had then put the plant on probation and Foxconn had apologised for lapses in food safety and accommodation conditions, pledging to revamp its management and operations in the country. A year before that, Apple placed Wistron Corp on probation following riots over unpaid wages. Wistron’s facility was ransacked and equipment destroyed at that time.

“The last few years have shown that apart from indirect benefits to manufacturers through the PLI scheme, the direct benefits are significant,” adds Pathak. “More jobs are being created and there is potential to grow beyond phones to watches and Macbooks. The manufacturing in India also has the potential for the company to pass on benefits in the range of 5 percent to 10 percent.”

Tweets by @forbesindia
No petrol, no cars: Why Cubans are turning to electric transport
US to drastically reduce nicotine content in cigarettes: reports