von der Leyen meets with PM Narendra Modi on Monday as the latest in a stream of recent diplomatic visitors seeking to lure India away from Russia with pledges of security, defence and energy cooperation 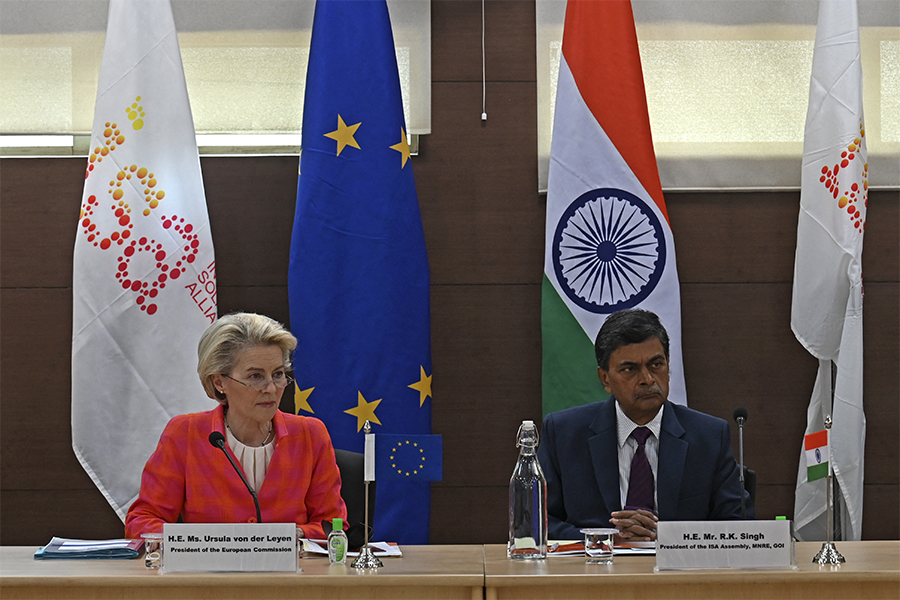 New Delhi, India: European Commission President Ursula von der Leyen will press India over its neutral stance on the Ukraine war after arriving in the country on Sunday for trade, security and climate talks.
New Delhi has long walked a tightrope in its relations with the West and Moscow — which supplies most of India's arms — and Russia's invasion of its neighbour has highlighted the difficulty of the balancing act.
Prime Minister Narendra Modi's government has not openly condemned the Kremlin or backed a UN Security Council vote that deplored Moscow's "aggression".
Von der Leyen's itinerary began with visits to local climate change initiatives, where she praised India for its "ambitious" renewable power target and said the Ukraine war had thrown energy security issues into the spotlight.

"For us Europeans it is a stark reminder that our dependency on Russian fossil fuels is not sustainable," she said.
"Our transition to homegrown renewable energy is not only good for the environment but it also becomes a strategic investment in security.
She meets with Modi on Monday as the latest in a stream of recent diplomatic visitors seeking to lure India away from Russia with pledges of security, defence and energy cooperation.
Ukraine was on the agenda when Modi hosted his British counterpart Boris Johnson this week, in a trip that culminated in the announcement of a new defence and security partnership.
Johnson's visit followed telephone talks with US President Joe Biden on the invasion last week.
© Agence France-Presse

Tweets by @forbesindia
Will Elon Musk actually end up buying Twitter?
Crew of first private flight to ISS head back to Earth