Kamoya Kimeu, the son of a goat herder whose preternatural gift for spotting and identifying petrified tibias, skull fragments and other ancient human remains among the arid, rocky badlands of East Africa won him acclaim as the world's greatest fossil hunter, died on July 20 in Nairobi, Kenya 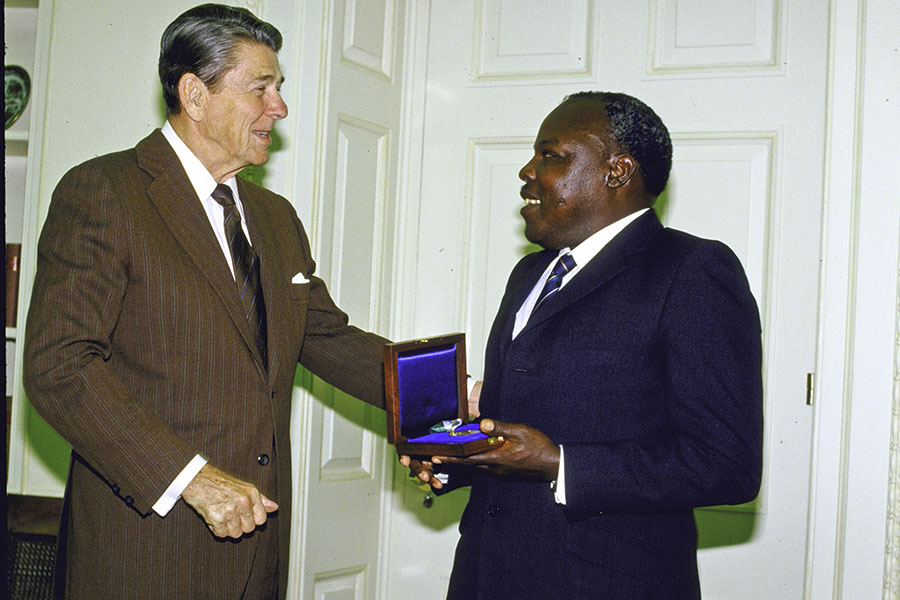 Kamoya Kimeu, the son of a goat herder whose preternatural gift for spotting and identifying petrified tibias, skull fragments and other ancient human remains among the arid, rocky badlands of East Africa won him acclaim as the world’s greatest fossil hunter, died on July 20 in Nairobi, Kenya. He did not know his exact age, but believed it to be about 84.

Don Kamoya, a grandson, said that the cause of death, in a hospital, was pneumonia and kidney failure.

Most paleontologists go years between uncovering hominid fossils, and the lucky ones might find 10 in a career. Kamoya, as he was called, who had just six years of primary school education in Kenya, claimed at least 50 over his half-century in the field.

Among them were several groundbreaking specimens, like a 130,000-year-old Homo sapiens skull, which he found in 1968 in Ethiopia’s Omo Valley. The discovery pushed back paleontologists’ estimate for the emergence of human beings by some 70,000 years.

“Kamoya is a legend,” Carol Ward, a professor of anatomy at the University of Missouri who has worked extensively in East Africa, said in a phone interview. “He is responsible for some of the most significant fossil finds that shaped our understanding of our evolutionary past.”

His expertise was in high demand among leading researchers from Europe and North America, though he was most closely associated with the Leakey family, the Anglo-Kenyan dynasty that helped revolutionize the understanding of human evolution beginning in the late 1950s.

The Leakeys trained him, and he in turn trained dozens of Kenyan fossil finders, so that today many of the country’s best prospectors can trace their professional lineage to him.

Easygoing and dryly witty, Kamoya approached his work methodically, walking slowly, head bent, eyes scanning every object. In the evening, with a pipe in hand, he might regale his campmates with stories about outrunning crocodiles or outsmarting gun-toting rebels in the bush. Also read: A skull bone discovered in Greece may alter the story of human prehistoryKamoya was in his late teens when, in 1960, he heard that Louis Leakey, the family patriarch, was looking for laborers for a forthcoming dig. He signed on immediately, even though his tribe, the Kamba, believe that touching human remains invites the wrath of one’s ancestors.

“Digging human bones was associated with witchcraft,” he told The Christian Science Monitor in 2009. “It was a taboo in African custom. But I was just a young adventurous man, eager to travel and discover things.”

The Leakeys, and especially Mary Leakey, Louis’ wife, soon recognized Kamoya’s aptitude, not just at finding fossils but identifying them; they began to offer him lessons in paleontology, evolutionary theory and excavating techniques.

“At the end of each day looking for fossil bones, I sat down with Louis Leakey, and he taught me to tell which bones belonged to which animal and how to tell if they were hominid, and people that led to us,” Kamoya told New African Magazine in 2000. “I asked: ‘How do you find them?' He said, ‘It’s just luck. We can find them.’ Then I tried very hard. I was very keen. Then I started to find them.”

By the mid-1960s he was working mostly with Louis and Mary’s son, Richard, around Lake Turkana, in northwestern Kenya. Almost immediately, he became Richard’s most trusted adviser, enough so that Richard often left him in charge for long stretches of time when he had work in Nairobi.Also read: Gorgosaurus tipped to fetch $8 mln at New York auction

“He would spend many, many hours sitting under trees, making sure that people in the community understood what was going on,” Louise Leakey, Richard’s daughter and herself a noted paleontologist, said in a phone interview. “He was well known and liked by the international scientists, all the way through to the chief and the local elders on the ground.” (Richard Leakey died in January at 77.)

Kamoya’s most significant find came in 1984, on an expedition around Kenya’s Lake Turkana with Richard Leakey and Alan Walker, an anthropologist from Penn State.

One day Kamoya went out for a walk along the waterless Nariokotome River. Among the small stones and clumps of dirt he spotted what looked like a matchbook-size skull fragment — Homo erectus, he surmised, an extinct hominid species.

He radioed Leakey, who came to look. Soon the whole team was involved in a monthslong excavation that ultimately revealed a near-complete skeleton of a juvenile Homo erectus.

The specimen, determined to be 1.6 million years old, was given the accession number KNM-WT-15000, but it is better known as Turkana Boy. Its completeness made it one of the most important discoveries in the history of paleontology, and it made Kamoya a celebrity in the scientific community.

In 1985 he won the John Oliver La Groce Medal from the National Geographic Society, among the organization’s highest honors. President Ronald Reagan presented it to him during a visit to the White House. He received an honorary doctorate from Case Western Reserve University in 2021.“To some of our visitors who are inexperienced in fossil-hunting, there is something almost magical in the way Kamoya or one of his team can walk up a slope that is apparently littered with nothing more than pebbles and pick up a small fragment of black, fossilized bone, announcing that it is, say, part of the upper forelimb of an antelope,” Richard Leakey told an interviewer with his family’s foundation in 2019. “It is not magic, but an invaluable accumulation of skill and knowledge.”Kamoya Kimeu was born in rural Makueni County, in southern Kenya. The closest his mother, Philomena Mwelu, could come to pinpointing his birthday was sometime in 1938; at the time, his father, Kimeu Mbalu, was away working on a railroad construction project.

Along with his grandson, he is survived by his wife, Mary Kamoya Mbiki; his sons Stephen Kimeu, Boniface Kimeu, John Kilonzo and Nicholas Makau; his daughters Jacinta Syokau and Jennifer Mwelu; his brother, Kavevo Kimeu; his sisters Teresia Munee, Beatrice Mutoko and Francisca Nduku; and four other grandchildren.Kamoya attended a Christian missionary school, but left once he was old enough to follow his father and the family’s goats into the field. He did, however, learn to speak English and Swahili as well as his native Kikamba, a linguistic facility that proved useful when translating for visiting scientists. In fact, one reason he decided to work for the Leakeys was that Louis, during Kamoya’s job interview, spoke with him in fluent Kikuyu, a language close to Kikamba.

In 1977 the National Museums of Kenya named Kamoya the curator for the country’s historic sites, a post that made him one of Kenya’s top scientists. Two extinct primate species are named for him, Kamoyapithecus hamiltoni and Cercopithecoides kimeui.

Among his last finds was one in 1994: a 4.1-million-year-old tibia bone from Australopithecus anamensis, the structure of which showed that these early human ancestors were already walking upright.

Kamoya slowed down soon afterward, though he continued to advise expeditions and made trips into the field into the 2000s — hoping, perhaps, to make one more find.

“Many people do not like this work because it is hard to understand,” he told The New York Times in 1995. “It is very hard work. It is very hot, walking and sitting with animals like mosquitoes, snakes, lions. I like looking.”

Tweets by @forbesindia
From headless chicken to golden goose: How Nandu's came into its own
How Taj Hotels is revamping its age-old business model