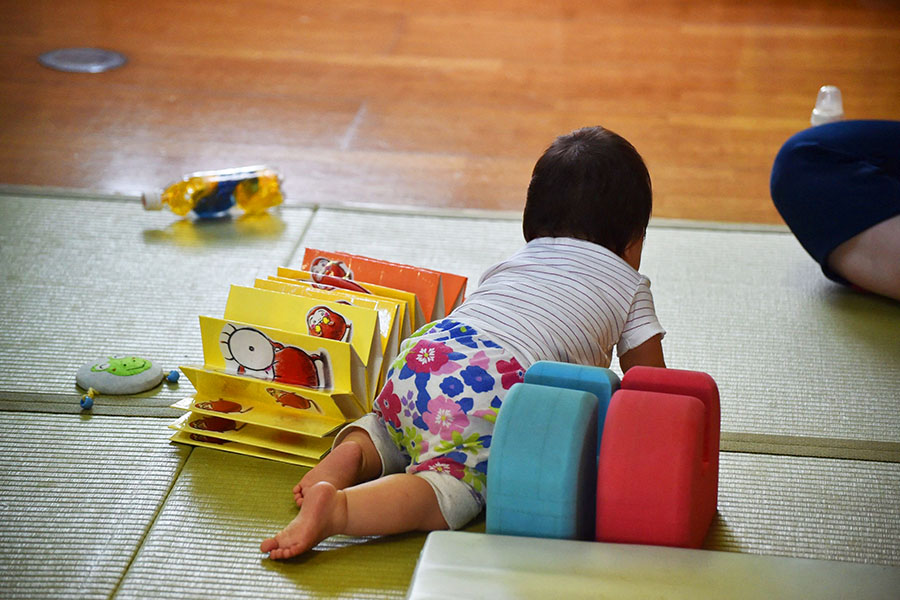 A nursing home in southern Japan is "hiring" babies for a very important job — to keep its elderly residents company and make them smile. Image: Kazuhiro Nogi/AFP

New recruits at the facility in Kitakyushu must be under four years old, and their guardians have to sign a contract stipulating that the babies and toddlers can show up for work "whenever they feel like it".
They are allowed to take a break "when they feel hungry, sleepy or depending on their mood", the contract says.
More than 30 babies have been signed up so far, tasked with lifting the spirits of more than 100 residents who are mostly in their 80s, said Kimie Gondo, head of the nursing home.

"The mere sight of babies makes our residents smile," she told AFP, adding with a chuckle that "there is no shift roster or anything".
A job advert pinned to the wall at the facility says "We're hiring!" in large characters and informs would-be workers they will be compensated for their services in diapers and powdered milk.
Successful candidates' main — and perhaps only — responsibility will be to "take a stroll" around the nursing home while accompanied by their guardians, it says.
"The babies stay with their mothers all the time. It's just like they're being taken for a walk in a park," Gondo said.
The residents appear delighted by the young recruits and have been greeting them, striking up conversations, or offering them hugs.
"They're cute. It reminds me of when I was parenting," one resident told a local TV station.
So far, the scheme has produced excellent results, Gondo said.
"Some of the children get along with our residents so well, they're now like real grandparents and grandchildren."