Writing in the journal Nature Communications, an international team of experts analysed six emissions scenarios from three European energy giants—Equinor, BP and Shell—as well as those produced by the International Energy Agency 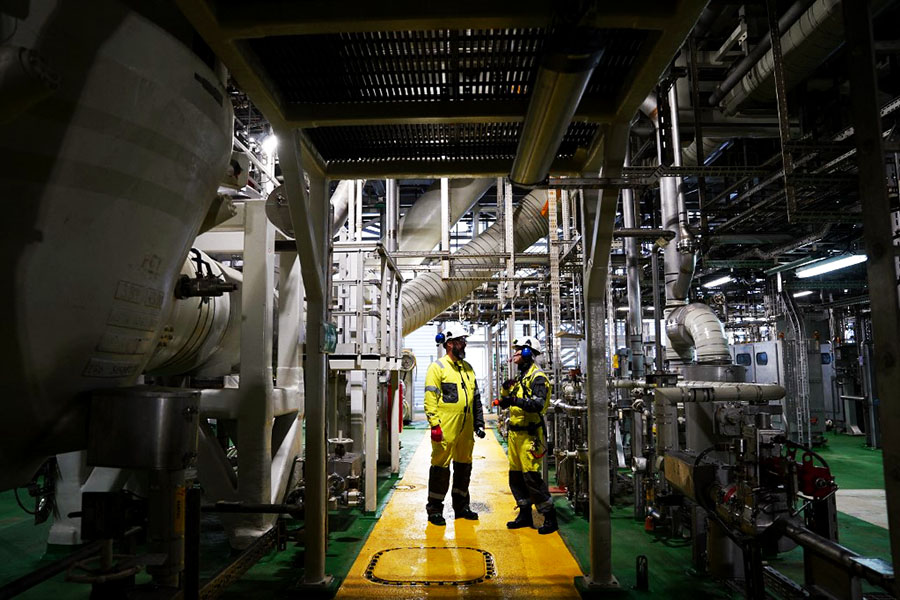 Paris, France: Global decarbonisation scenarios envisioned by oil and gas majors are incompatible with the Paris climate deal temperature goals aimed at averting devastating heating, according to research published Tuesday.
The landmark 2015 accord saw nations commit to limit planetary heating to "well below" two degrees Celsius (3.6 Farenheit) above pre-industrial levels and to work towards a safer 1.5-C warming cap.
Writing in the journal Nature Communications, an international team of experts analysed six emissions scenarios from three European energy giants—Equinor, BP and Shell—as well as those produced by the International Energy Agency.

They then compared the analysed pathways to scenarios outlined in a special report from the Intergovernmental Panel on Climate Change on 1.5C of warming.
The team used these to evaluate peak and end-of-century temperatures under each scenario, noting that average global temperatures may decline by 2100 in some scenarios after peaking.
They also assessed the underlying energy system changes that drive emissions and could lead to a given scenario meeting—or failing to meet—the Paris temperature goals.
"Most of the scenarios we evaluated would be classified as inconsistent with the Paris Agreement as they fail to limit warming to 'well below 2C', let alone 1.5C, and would exceed the 1.5C warming limit by a significant margin," said Robert Brecha of the Climate Analytics think tank and co-lead author of the study.
Also read: Global crises cannot delay action on climate; need international unity: UN climate chief
"Energy system transformation is critical to reaching the Paris Agreement warming limit, and decision makers need sound and transparent scientific assessments. This paper adds to that transparency."

The analysis found that Shell's Sky scenario would lead to warming of 1.81C by 2069—a far cry from 1.5C.
A Shell spokeswoman told AFP that the Sky pathway was just one of several envisaged by the company.
The team responsible for modelling scenarios "makes assessments based on plausible assumptions and quantifications, which are not intended to be predictions of likely future events or outcomes, let alone our energy transition plan", she added.
Equinor's Rebalance scenario would see warming peak at 1.73C above pre-industrial levels by 2060, according to the study.
BP's Rapid scenario would see peak warming of 1.73C by 2058, while its Net Zero scenario would see median warming peak at 1.65C, the analysis found.
Equinor declined to comment, while BP did not respond to a comment request.
Only the IEA's Net Zero 2050 pathway is fully aligned with the Paris agreement's 1.5C goal, the authors concluded.
"Fossil fuel companies claim that we can continue to burn oil and gas while keeping to the 1.5C warming limit, and they cite their own scenarios as justification," said Bill Hare, CEO and Senior Scientist at Climate Analytics.
"But our research shows that their pathways would bust the Paris Agreement. Even temporarily exceeding the 1.5C warming would lead to catastrophic impacts and severely weaken our ability to adapt to climate change."
By Patrick GALEY
© Agence France-Presse

Tweets by @forbesindia
Is Elon Musk buying Manchester United?
Out with the green: US homeowners are making their gardens drought-resistant