Ajay Bijli: Do Away with Entertainment Tax

At a time when China is leapfrogging India on the growth of multiplex screens, the ailing cinema industry is seeking a less irksome tax structure to facilitate its growth 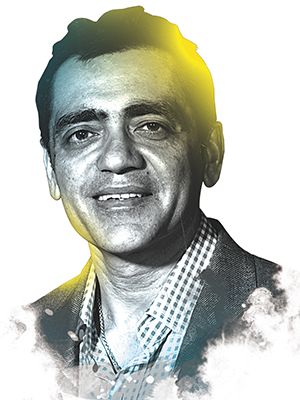 Ajay Bijli, Chairman and MD, PVR. The country’s ‘multiplex man’, Bijli revolutionalised theatres for moviegoers. After acquiring peer Cinemax in 2012, his PVR is the largest film exhibition company in India

The level of expectations from the new government has risen to an all-time high. India Inc is setting different sets of agenda for the new prime minister—from a quick revival of economic growth to fixing inflation to bringing down interest rates and unemployment within a few months of taking over. However, one of the biggest issues is whether India will choose a strong and stable administration with a full majority or will we continue to have a coalition government that has to work with the support of various national and regional parties, thus having a serious impact on decision-making.

The new government will have to usher in a paradigm shift in thinking and remove the fear psychosis from the bureaucracy and private sector. We need a government that leads and coordinates effectively between various ministries and catalyses execution. It will also need to focus on dialogue with states, decentralisation of power to address Goods and Services Tax (GST) and Direct Taxes Code, land acquisition, mining and other important reforms.

And the Union Budget will be its first litmus test.

The new government will need to engage with industries to understand the key changes it needs to effect with immediacy to revive and kickstart the growth engine. For instance, the film and entertainment industry in India is in need of urgent reforms.

While India is the fifth-largest market in the world with box office collections of $1.6 billion, the overall year-on-year growth has been around 9 percent over the last five years, and has been largely driven by multiplexes. In comparison, China’s box office has leapfrogged to $3.6 billion in 2013, representing a year-on-year growth of 27.5 percent. China added approximately 5,000 new screens in 2013 as compared to negative screen addition in India. (It is estimated that 250 new multiplex screens were added but 400 single-screen cinemas shut down in 2013.)

The entertainment tax rates in India are the highest in the world. This acts as a major impediment to the growth of the exhibition industry. Rates are as high as 67 percent in Uttar Pradesh and 45 percent in Mumbai, the movie capital of the country. Consequently, a large portion of theatre ticket receipts go towards taxes instead of being channelled into development of quality exhibition facilities. As a result, most single-screen cinemas are in a dilapidated state because of poor and negative profits. It is imperative that the entertainment tax structure across the country is rationalised by bringing down the rates.

The draft paper on GST prepared by the existing government has already pointed out that entertainment tax will be subsumed as part of GST. The erstwhile GST committee had also indicated that the peak rate of tax on services should be 16 percent; this will now come under consideration for the new government. More than 120 countries across the world have applied taxation on purchase of tickets under the GST regime. A uniform tax structure will facilitate a common market for cinema infrastructure. 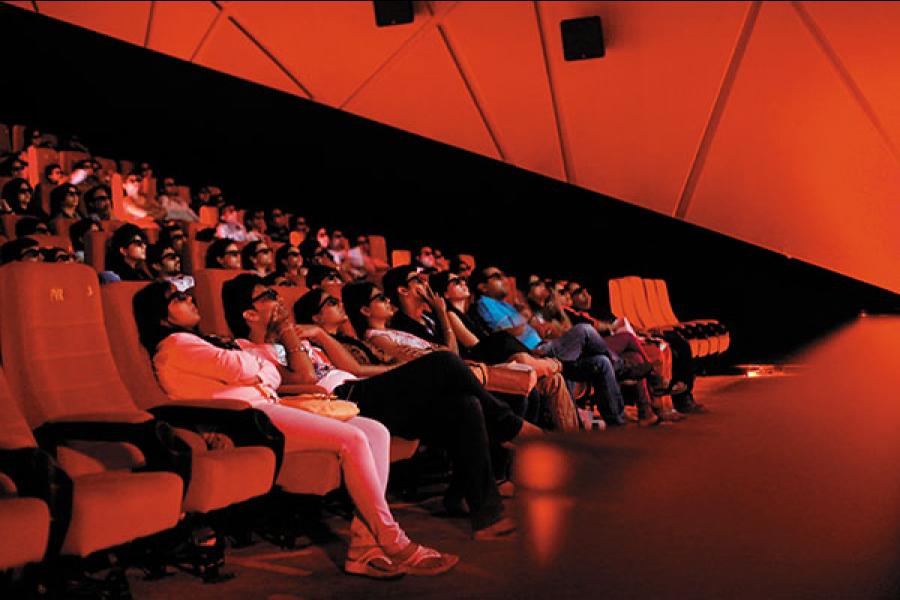 Image: Danish Siddiqui / Reuters
In 2013, 250 new multiplex screens were added, but 400 singlescreen cinemas shut down
This will not only help rationalise taxes on tickets, which theatres are currently forced to collect from consumers and pay to the government, it will also help avoid multiple points of taxation that the industry is subject to. Today, multiplexes are levied indirect taxes at multiple levels without an option to get offset against each other. For instance, most of the indirect costs such as rental, CAM (common area maintenance) and electricity charges are subject to service tax, a central government levy. However, revenues from the sale of tickets and food and beverages are subject to entertainment tax and VAT, which is a state government levy. The industry cannot take credit for the service tax paid against entertainment tax or for VAT paid on cinema tickets and food and beverages. The introduction of GST will remove this dual taxation making the operating economics more viable for the industry.

The government should also consider reforms providing tax holiday benefits for infrastructural development on setting up malls, shopping centres and multiplexes in tier-II and -III cities to incentivise the sector and boost growth and development of such cities.

Another problem being faced by the industry is that ticket-pricing in many cases is regulated by state governments. For example in Tamil Nadu, single-screen theatres are allowed to charge a maximum of Rs 50 per ticket, and multiplexes can charge up to Rs 120 per ticket depending on the facilities offered.

Appropriately pricing the tickets is important for multiplex operators to meet the large capital and operating expenditure required to build and operate a world-class, state-of-the-art facility. I also believe that in any free market, pricing should be determined by the forces of demand and supply, and not by regulation. There is no danger of over-pricing because if multiplexes end up charging more than what the market can pay, occupancies will drop; multiplexes will be compelled to lower prices to bring back their patrons thus ensuring this self-correcting mechanism always enables optimum pricing.

The government also needs to create a single-window clearance mechanism to encourage the faster rollout of new screens. On an average, a cinema theatre in India requires at least 30 licences to start operations and the period of acquiring these licences can be as long as three to six months.

I sincerely hope that when the new government takes charge, it will proactively engage with business leaders and industry associations and work towards resolving the various impediments hampering the growth agenda.

(This story appears in the 30 May, 2014 issue of Forbes India. To visit our Archives, click here.)