Broke a decade ago, the Black Eyed Peas superstar has accumulated stakes in various companies that fit her fun-loving image: A shoe line, a vodka company, a fragrance and an NFL team. With her new Ferguson Crest winery, she's again proving that she's far more than just a pretty frontwoman 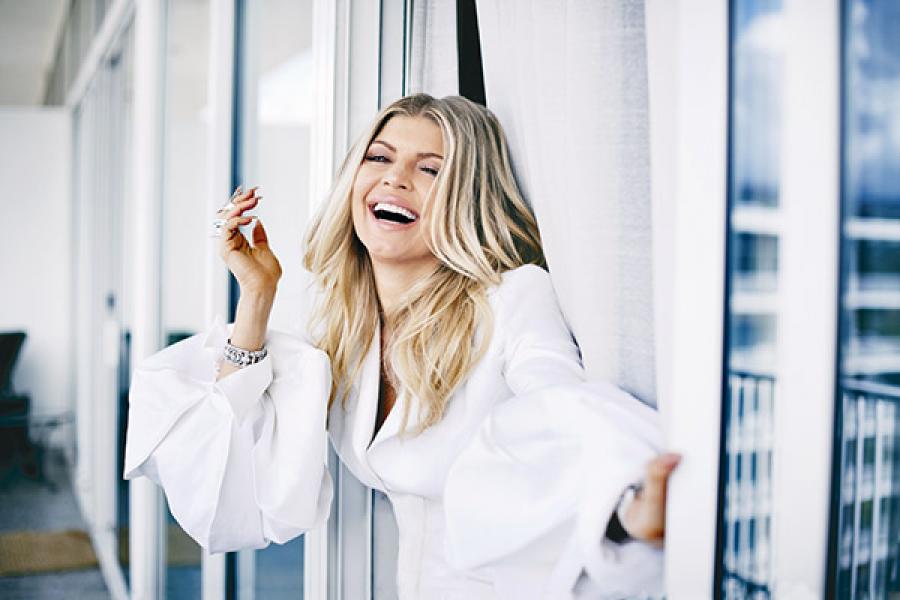 As she strode toward the 50-yard line at Sun Life Stadium before the Miami Dolphins’ opener last September, Fergie, the Black Eyed Peas’ chanteuse, was decked out in teal to match the home team. Yes, she’s been a fan since their Don Shula–Dan Marino 1980s heyday, but only the most ardent followers knew that the team’s national anthem singer is also a minority owner, having bought a small stake in the Dolphins in 2009.

“This is a long-term commitment for me,” she tells ForbesLife, sitting in the Los Angeles home she shares with her husband, actor Josh Duhamel, shortly before heading out to the rock festival Coachella for the weekend. “I put my money in on this one.”

That NFL buy-in is just a part of Fergie’s eclectic and growing portfolio. As one might expect of a sexy singer with a household name, she has a shoe line, and she’s working on her own range of nail polish colours and perfumes. She also owns equity in a vodka company and buys apartment buildings on the cheap, taking advantage of California’s post-subprime prices. Later this year, you’ll be able to order cases of Ferguson Crest, wine grown at a vineyard the star bought half as an investment and half as a gift to her father, a retired teacher with a green thumb.

Spend any time at all talking to Fergie, in fact, and it becomes apparent early on that despite her age (37) and her enormous success (eight Grammys), she remains a daddy’s girl. It was her father, Pat, himself a college football player and high school coach, who introduced her to her heroes Dan Marino and Joe Montana—from the comfort of her childhood living room in Hacienda Heights, California. “When my parents got divorced, that was our father-daughter date,” Fergie says. During those years, when she wasn’t watching Marino light up NFL scoreboards, Fergie was starring in TV commercials and then on the hit variety show Kids Incorporated. She spent six seasons singing, dancing, and making some serious bank— for a preteen, anyway.

“My parents were always so great about my money growing up,” she says. “They never took a dime, and they always invested for me in very low-risk investments. They wanted to put money away for me to go to college.” She pauses, then laughs—a deep, unself-conscious guffaw that punctuates her sentences. “I did have a college fund.”  She laughs because that fund suffered a notorious fate: She smoked it. In her late teens and early 20s, as part of R&B trio Wild Orchid, Fergie started partying hard. By 2000, when the group’s moderate success was on the wane, she had moved from ecstasy to crystal meth. She was a hardcore user for a year, hanging with East LA gangbangers and clubbing all night. She’s now been clean for over a decade, but during her rough patch she spent everything her parents had squirrelled away for her.

“I was collecting unemployment,” she remembers. “I really had to start from scratch.” A serendipitous meeting with the Black Eyed Peas led to a permanent spot in the band. As soon as Fergie started seeing the fruits of the Peas’ hit 2003 album, Elephunk, she hired Michael Markarian, a Glendale, California, financial adviser who has since become her business manager as well as friend and confidante. Nine years on, he vets every endorsement pitch and finds distressed real estate for her to snap up. He joins monthly business conference calls to discuss the progress of Fergie’s various brands with a motley group that includes her parents, lawyer, and therapist.

“I’m not an exotic person,” says Markarian, who describes his most famous client as fairly frugal. “I try to have a conservative, simple approach for her. I stay away from REITs and hedge funds. I don’t want to wake up one day and find her REIT down 40 percent or her hedge fund run by a Madoff.” Markarian has helped Fergie cement her Dolphins deal, which was a tiny percentage of the team at a cost somewhere in the seven figures. The franchise’s owner, billionaire real estate developer Stephen Ross, sought Fergie out after hearing of her lifelong fandom. Ross says his management team is taking cues from the singer in its quest to improve the atmosphere at Sun Life Stadium, which has taken a bit of a hit since the Dolphins’ decades-ago glory days.  “She has a strong understanding of how to connect with an audience,” Ross says. “Her expertise has been invaluable in helping us transfer that energy from a concert setting to a football game.” 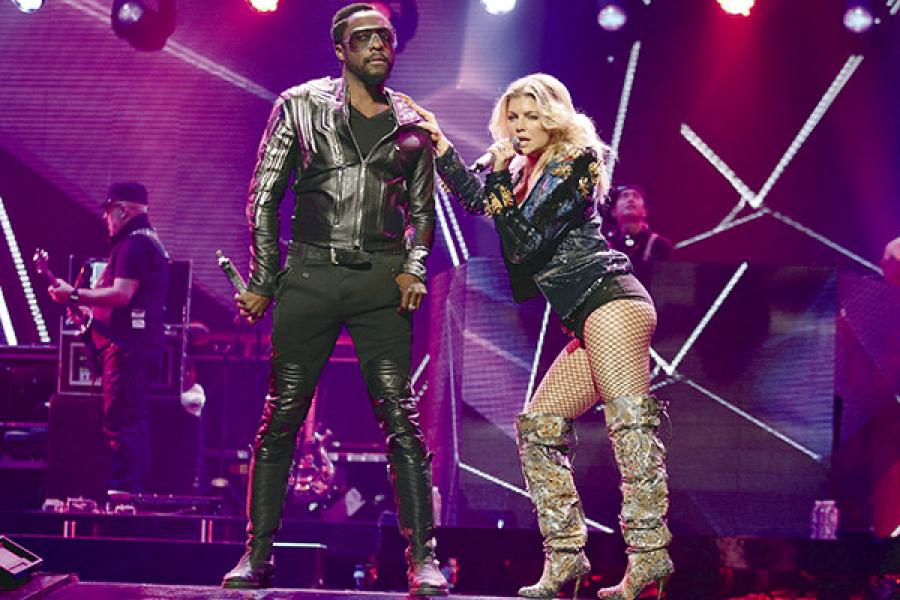 AT WORK AND AT PLAY (Left) Fergie and bandmate will.i.am perform with the Black Eyed Peas in Las Vegas last September
More recently came Fergie’s partnership with Voli, a low-calorie vodka that officially hit the market last year. Voli CEO Adam Kamenstein was looking for an investor rather than “just a face”: An outgoing, glamorous star with social cachet—but with the sort of physically fit body coveted by his target market. Enter Fergie, who enjoys a cocktail or two but boasts the rock-hard abs normally found on professional athletes.

The company wasn’t raising cash when Fergie came on board this past January, so she agreed to take an equity stake rather than a big endorsement advance. She gets a cut of Voli’s profits and gives the brand a face for its billboards. “I was one of those girls counting the calories, doing the whole Diet Coke and vodka or vodka soda,” she says with her signature deep chuckle. “I was looking for this in my 20s. I know there’s a need for it because I was a customer.”

Fergie juggles her Voli commitments with her shoe line, part of a deal with NYSE-listed Brown Shoe Company. As with all her business arrangements, she gets a cut of the back end; in return, she’s often photographed out and about wearing a pair of sky-high Fergie Footwear pumps. Next up: A line for younger shoe lovers called Fergalicious—the name of a song from her double-platinum 2006 solo album, The Dutchess (itself a nod to her formerly royal British counterpart, the most famous Fergie on earth until this one came along). 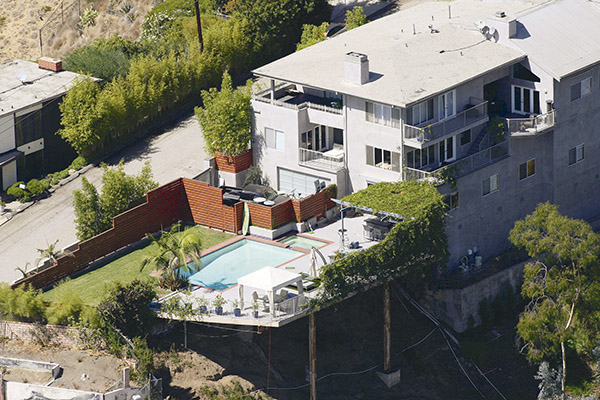 Fergie and her husband, actor Josh Duhamel, live in this nine-bedroom, 10-bath, 8,232-square-foot house in Los Angeles’s tony Brentwood neighbourhood
She’s also working on a third fragrance with longtime partner Avon and a personalised Wet n Wild nail polish line with her name on it. If she can find the time, she’d like to branch out into apparel; the self-professed workout fiend plans to start with gym wear. “I have a lot to bring to the table as far as fashionable fitness apparel is concerned,” she says.

Before that, though, she’ll preside over the official launch of Ferguson Crest. When talk turns to her vineyard, Fergie’s tone changes from jovial to a little sentimental. When her father moved into a house in Santa Barbara County’s sought-after Solvang—land of Sideways—she bought a swath of nearby land. Since then, Pat Ferguson has sowed the seeds, planting and weeding roughly an acre of vines. He’s a horticulturalist, Fergie says; he taught her how to grow blood oranges, kumquats, and boysenberries when she was a kid. “It’s an investment,” Fergie says of the winery. “Plus, my dad is going to have a great house.” She doesn’t expect to produce too many bottles—maybe 1,000 cases of Syrah, as well as Viognier and Cabernet Sauvignon.

The day before Fergie heads out to catch some up-and-coming bands at Coachella, she’s doting on her husband, who’s getting over a head cold. “I made him some Sleepy-time tea,” she says. “I’m doing the wifey thing, too.” She laughs, as if the idea of the pop superstar with the power portfolio playing nurse is a little discordant. “That’s another brand of mine—wife! That’s definitely a brand I thoroughly enjoy investing in.”