How Strategists Should Lead

A Harvard Business School professor reflects on what she has learned from executives about the unique value strategic leaders bring to their companies. 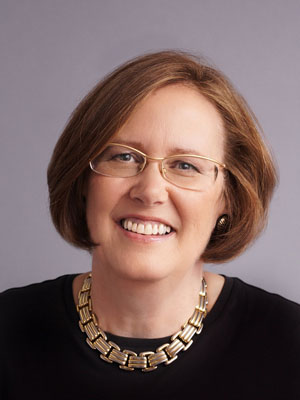 Seven years ago, I changed the focus of my strategy teaching at Harvard Business School. After instructing MBAs for most of the previous quarter-century, I began teaching the accomplished executives and entrepreneurs who participate in our programs for business owners and leaders.

Shifting the focus of my teaching to executive education changed the way I teach and write about strategy. I’ve been struck by how often executives, even experienced ones, get tripped up: they become so interested in the potential of new ventures, for example, that they underestimate harsh competitive realities or overlook how interrelated strategy and execution are.
I’ve also learned, in conversations between class sessions (as well as in my work as a board director and corporate adviser) about the limits of analysis, the importance of being ready to reinvent a business, and the ongoing responsibility of leading strategy.

All of this learning speaks to the role of the strategist—as a meaning maker for companies, as a voice of reason, and as an operator. The richness of these roles, and their deep interconnections, underscore the fact that strategy is much more than a detached analytical exercise. Let’s examine each in turn.

1. The Strategist as Meaning Maker
I’ve taken to asking executives to list three words that come to mind when they hear the word strategy. Collectively, they have produced 109 words, frequently giving top billing to plan, direction, and competitive advantage. In more than 2,000 responses, only two had anything to do with people: one said leadership, another visionary. No one has ever mentioned strategist.

Downplaying the link between a leader and a strategy, or failing to recognize it at all, is a dangerous oversight that I tried to start remedying in a Harvard Business Review article four years ago and in my recent book. After all, defining what an organization will be, and why and to whom that will matter, is at the heart of a leader’s role. Those who hope to sustain a strategic perspective must be ready to confront this basic challenge. It is perhaps easiest to see in single-business companies serving well-defined markets and building business models suited to particular competitive contexts. I know from experience, though, that the challenge is equally relevant at the top of diversified multinationals.

It is the leader—the strategist as meaning maker—who must make the vital choices that determine a company’s very identity, who says, “This is our purpose, not that. This is who we will be. This is why our customers and clients will prefer a world with us rather than without us.” Others, inside and outside a company, will contribute in meaningful ways, but in the end, it is the leader who bears responsibility for the choices that are made and indeed for the fact that choices are made at all.

2. The Strategist as Voice of Reason
Bold, visionary leaders who have the confidence to take their companies in exciting new directions are widely admired—and confidence is a key part of strategy and leadership. But confidence can balloon into overconfidence, which seems to come naturally to many successful entrepreneurs and senior managers who see themselves as action-oriented problem solvers.

A leader must serve as a voice of reason when a bold strategy to reshape an industry’s forces actually reflects indifference to them. Time and again, I’ve seen division heads, group heads, and even chief executives dutifully acknowledge competitive forces, make a few high-level comments, and then quickly move on to lay out their plans—without ever squarely confronting the implications of the forces they’ve just noted. Strategic planning has become more of a “check the box” exercise than a brutally frank and open confrontation of the facts.

3. The Strategist as Operator
A great strategy, in short, is not a dream or a lofty idea, but rather the bridge between the economics of a market, the ideas at the core of a business, and action. To be sound, that bridge must rest on a foundation of clarity and realism, and it also needs a real operating sensibility. Every year, early in the term, someone in class always wants to engage the group in a discussion about what’s more important: strategy or execution. In my view, this is a false dichotomy and a wrongheaded debate that the students themselves have to resolve, and I let them have a go at it.

I always bring that discussion up again at the end of my course, when we talk about Domenico De Sole’s tenure at Italian fashion eminence Gucci Group. De Sole, a tax attorney, was tapped for the company’s top job in 1995, following years of plummeting sales and mounting losses in the aftermath of unbridled licensing that had plastered Gucci’s name and distinctive red-and-green logo on everything from sneakers to whiskey—in fact, on 22,000 different products—making Gucci a cheapened and over-exposed brand.

De Sole started by summoning every Gucci manager worldwide to a meeting in Florence. Instead of telling managers what he thought Gucci should be, De Sole asked them to look closely at the business and tell him what was selling and what wasn’t. He wanted to tackle the question “not by philosophy, but by data”—bringing strategy in line with experience rather than relying on intuition. The data were eye opening. Some of Gucci’s greatest recent successes had come from its few trendier, seasonal fashion items, and the traditional customer—the woman who cherished style, not fashion, and who wanted a classic item she would buy once and keep for a lifetime—had not come back to Gucci.

De Sole and his team, especially lead designer Tom Ford, weighed the evidence and concluded that they would follow the data and position the company in the upper middle of the designer market: luxury aimed at the masses. To complement its leather goods, Ford designed original, trendy—and, above all, exciting—ready-to-wear clothing each year, not as the company’s mainstay, but as its draw. The increased focus on fashion would help the world forget all those counterfeit bags and the Gucci toilet paper. It would propel the company toward a new brand identity, generating the kind of excitement that would bring new customers into Gucci stores, where they would also buy high-margin handbags and accessories.

To support the new fashion and brand strategies, De Sole and his team doubled advertising spending, modernized stores, and upgraded customer support. Unseen but no less important to the strategy’s success was Gucci’s supply chain. De Sole personally drove the back roads of Tuscany to pick the best 25 suppliers, and the company provided them with financial and technical support while simultaneously boosting the efficiency of its logistics. Costs fell and flexibility rose.

In effect, everything De Sole and Ford did—in design, product lineup, pricing, marketing, distribution, manufacturing, and logistics, not to mention organizational culture and management—was tightly coordinated, internally consistent, and interlocking. This was a system of resources and activities that worked together and reinforced each other, all aimed at producing products that were fashion forward, high quality, and good value.

It is easy to see the beauty of such a system of value creation once it is constructed, but constructing it isn’t often an easy or a beautiful process. The decisions embedded in such systems are often gutsy choices. For every moving part in the Gucci universe, De Sole faced a strictly binary decision: either it advanced the cause of fashion-forwardness, high quality, and good value—or it did not and was rebuilt. Strategists call such choices ‘identity-conferring commitments’, and they are central to what an organization is or wants to be and reflect what it stands for.

When I ask executives at the end of this class, “Where does strategy end and execution begin?” there isn’t a clear answer—and that’s as it should be. What could be more desirable than a well-conceived strategy that flows without a ripple into execution? Yet I know from working with thousands of organizations just how rare it is to find a carefully honed system that really delivers. You and every leader of a company must ask yourself whether you have one—and if you don’t, take the responsibility to build it. The only way a company will deliver on its promises, in short, is if its strategists can think like operators.

A Never-Ending Task
Achieving and maintaining strategic momentum is a challenge that confronts organizations and their leaders every day of their entwined existence. It’s a challenge that involves multiple choices over time—and, on occasion, one or two big choices. Very rare is the leader who will not, at some point, have to overhaul a company’s strategy in perhaps dramatic ways. Sometimes, facing that inevitability brings moments of epiphany: ‘eureka’ flashes of insight that ignite dazzling new ways of thinking about an enterprise, its purpose, its potential. I have witnessed some of these moments as managers reconceptualized what their organizations do and are capable of doing. These episodes are inspiring—and can become catalytic.

At other times, facing an overhaul can be wrenching, particularly if a company has a set of complex businesses that need to be taken apart or a purpose that has run its course. More than one CEO—men and women coming to grips with what their organizations are and what they want them to become—has described this challenge as an intense personal struggle, often the toughest thing they’ve been through.  Yet those same people often say that the experience was one of the most rewarding of their lives. It can be profoundly liberating as a kind of corporate rebirth or creation.

One CEO described his own experience: “I love our business, our people, the challenges, the fact that other people get deep benefits from what we sell,” he said. “Even so, in the coming years I can see that we will need to go in a new direction, and that will mean selling off parts of the business. The market has gotten too competitive, and we don’t make the margins we used to.”

He winced as he admitted this. Then he lowered his voice and added something surprising. “At a fundamental level, though, it’s changes like this that keep us fresh and keep me going. While it can be painful when it happens, in the long run I wouldn’t want to lead a company that didn’t reinvent itself.”

Cynthia Montgomery is the Timken Professor of Business Administration at Harvard Business School, where she’s been on the faculty for 20 years, and past chair of the school’s Strategy Unit. Elements of this article were adapted from her book The Strategist: Be the Leader Your Business Needs (HarperCollins, 2012).  This article originally appeared in McKinsey Quarterly (mckinseyquarterly.com).