5 Top Names To Have On Your Board 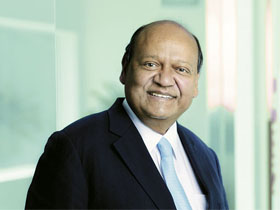 He joined Unilever as a trainee, spent 40 years there, rose to senior roles across Europe, Asia and Latin America and retired in 2005. Kaviratne is considered to be one of the architects of the Fair and Lovely brand.

In 1998, at the peak of the financial crisis, he was sent to Indonesia, where he turned the company around. Acquiring local brands and introducing products like shampoo in single-use sachets to drive consumption were some of his contributions.

Kaviratne got his Advanced Management Degrees from Harvard and Kellogg business schools.

He serves on boards in India and abroad. He is co-founder of the International Wine and Food Society and St. Jude India ChildCare Centres in Mumbai. 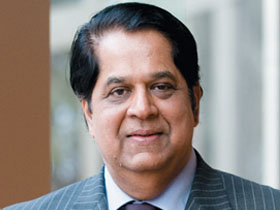 K.V. Kamath (63) is the non-executive chairman of ICICI Bank, India’s largest private bank. He served as its managing director and CEO for 13 years, till his retirement in April 2009.

This Mangalorean is a mechanical engineer who did his MBA from IIM-Ahmedabad. He serves on the institute’s governing board and on the boards of the National Institute of Bank Management and the Manipal Academy of Higher Education. Elected last year to the Infosys board, it is widely speculated that he will take over from Narayana Murthy as non-executive chairman on Murthy’s retirement in 2011. 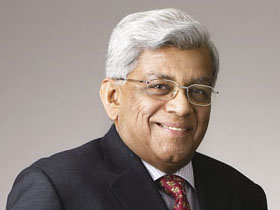 Deepak Parekh (66) is the chairman of Housing Development Finance Corporation (HDFC) and has enabled India’s middle-class to own houses through loans.

Parekh began his career at Ernst & Young Management Consultancy in New York. In India, he worked at Grindlays and Chase Manhattan banks and joined HDFC in 1978.

He is the non-executive chairman of Siemens and is on the boards of Castrol India, Hindustan Unilever, Siemens, Mahindra & Mahindra, Indian Hotels Company. 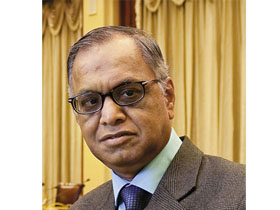 N.R. Narayana Murthy’s fame in Silicon city is reflected in the number of boards he has served or continues to serve.

Currently, he is on the boards of Infosys, the Ford and UN Foundations, HSBC, Cornell University, Wharton School, Singapore Management University, Indian School of Business, International Institute of Information Technology and INSEAD. He has been on the boards of DBS, DBS Holdings, Unilever and NDTV. He also continues to serve as a director on the central board of the Reserve Bank of India.

Murthy has advised a local NGO, Janaagraha on their campaigns, and governments in Asia on their information technology policy. 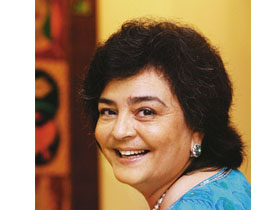 India’s most famous woman lawyer, Zia Mody is widely sought after to join many corporate boards. An authority on corporate mergers and acquisitions, securities law, private equity and finance, she has a reputation of being among the best business and legal minds in the country.
Daughter of eminent jurist Soli Sorabjee, Mody studied law at Cambridge and Harvard. After working for five years with Baker & Mckenzie in New York, she returned to India in 1984 and started her own practice in Mumbai, which she merged twice with other firms to form AZB & Partners, India’s second-largest law firm, where she is a senior partner.