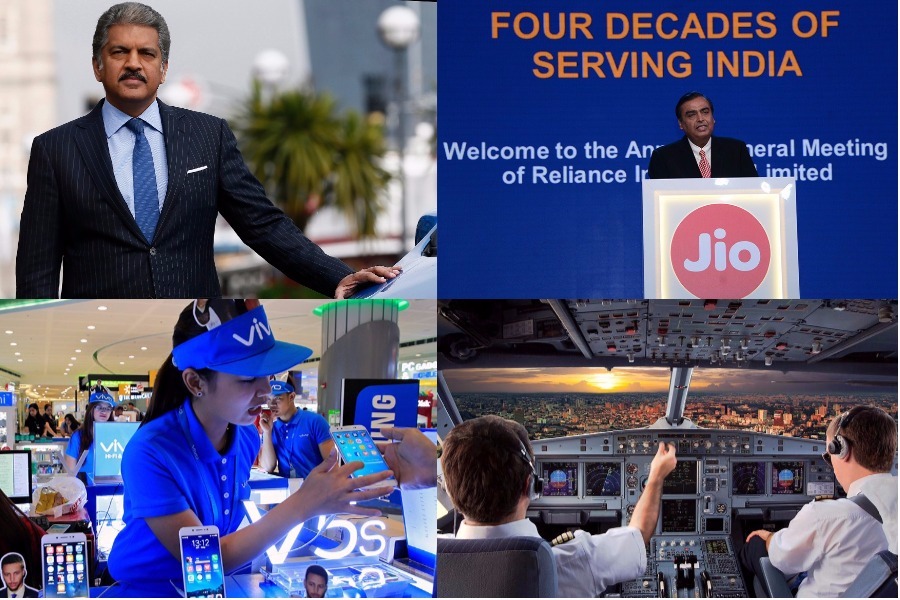 The weekend is upon us and we have some wonderful Forbes India long reads put together for you. From angel investing to electric vehicles, artificial intelligence to an appliance maker's steer into robotics, and much more. We have it all in one place. So, sit back and enjoy.

1) Angels in the wings: Inside India's oldest early-stage investing collective
Did you know about Indian Angel Network (IAN), the country's oldest and largest angel investors' network? Varsha Meghani, our senior correspondent met up with the founders of India's first angel network, set up "at a time when no one understood how angel investing works". What's even more interesting is that IAN has now set up a unique fund with a corpus of over Rs 350 crore to meet cash requirements of worthy startups between angel or seed fund and pre-series A or series A investment rounds. It's a gap they recognised in the startup ecosystem where companies can be cash-strapped as funds dry up and investors tighten their purse strings, and decided to fill it. The story takes you through their three-bucket system to decide which company would get their backing, and their future plans for the fund. Click here to read
2) Shift to electric vehicles in India by 2030 desirable, feasible: Anand Mahindra
What do you get when you put an ambitious project and parallel government goals together? A happy businessman. That's what Anand Mahindra is today, happy with the government's push to go all-electric by 2030 as he sees an opportunity in it for Mahindra & Mahindra. The homegrown manufacturer is the only Indian automobile company to have a racing team in the Formula E-all-electric racing championship-and 62-year-old Mahindra is of the opinion that it gives them the front row seat to the technology change. Mahindra speaks with our Deputy Executive Editor N Madhavan at the recently-held eprix in New York, and they discuss all-electric vehicles, what manufacturers would need from the government to go all-electric, ride sharing, and autonomous vehicles. Click here to read

3) Mutating mobile market: How long can Oppo and Vivo breathe easy?
Gone are the days when Apple and Samsung dominated the market and only had each other to tackle. Now there is formidable competition from its Chinese counterparts. First, it came in the form of Xiaomi and Huawei, and now the new champions are Oppo and Vivo. Both have grabbed a large chunk of the market in India in a short time, and this article takes us through all the right steps the two brands have taken so far, but why they can't afford to breathe easy as strong competition is just over their shoulder. Click here to read

4) For Baidu, AI means more than frontier research
When China's search engine giant Baidu's founder Robin Li says "The age of mobile internet is over," you listen. Li says, "Future opportunities lie in artificial intelligence," as advertising revenue shrinks in the face of government restrictions. A majority of China's equivalent to Google's $3-billion R&D investment went to AI in the last 2.5 years. The company is now looking toward AI to redefine its search algorithms, develop voice assistance, develop self-driving cars-just like its search engine counterpart-and build augmented-reality tools. It now has a 1,700-strong AI team and four research labs in China and Silicon Valley. Voice recognition, speech recognition, facial recognition, the company is going all out when it comes to AI learning. Read all about Baidu's steer into AI. How far will it take the company? Will it still have to rely on its online search? Click here to read more
5) Is wide-body becoming the future of air travel in India?
Rolls Royce, one of the largest aircraft engine makers in the world, writes for Forbes India as India edges towards crossing a landmark 100 million air passengers in 2017. Aided by policy support from the government to increase regional connectivity and more fliers per capita, Rolls Royce expects Indian aviation companies to migrate to wide-bodied aircraft from single aisle aircraft that are the norm right now, especially for budget airlines. RR’s President for India and South Asia tells you why you may see more wide-bodied aircraft in the country soon. From advantages like keeping costs down, more passengers per trip, environment friendly, to why it just makes more sense, he takes you through it all. Click here to read 6) Free phones to shares: Christmas comes early for RIL shareholders
The Reliance Industries AGM this Friday was nothing less than Christmas for its shareholders, with loads of goodies unveiled for its 125 million Jio customers. This continued to the conglomerate’s 40th anniversary of being a publicly-listed company where the chairman and India’s richest billionaire Mukesh Ambani announced astounding figures showcasing the company’s leap from 1977, when they listed on the stock exchange, to now, 2017. To cheering, chanting and whistling crowds he announced a new feature smartphone and bonus share issue, India’s largest. Shareholders went home rejoicing while we’ll have to wait till September to get our hands on the JioPhone. Our Associate Editor Aveek Datta brings you all the details of the AGM here. Click here to read more
7)  Midea banks on robotics business to stay relevant
The world’s largest appliance maker-Midea-makes more refregirators, ACs and other household items- but with the Chinese economy slowing and wages increasing, the only way forward for even a big company like Midea is to innovate. The company is now looking toward robotics for this, having recently acquired a German robot-maker Kuka. The story takes you through the founding of Midea from being a mere maker of plastic and glass bottles to being the conglomerate it is today. It also takes you through the journey of its CEO Paul Fang who came from humble origins and now heads the company, leading its shift into a new and exciting sphere. Read more also to find out what made the company stumble into robotics. Click here to read

Tweets by @forbesindia
I am not in a rush to fly international out of India: AirAsia Group CEO Tony Fernandes
DMart rewards investors' faith; delivers stellar numbers in Q1 2017