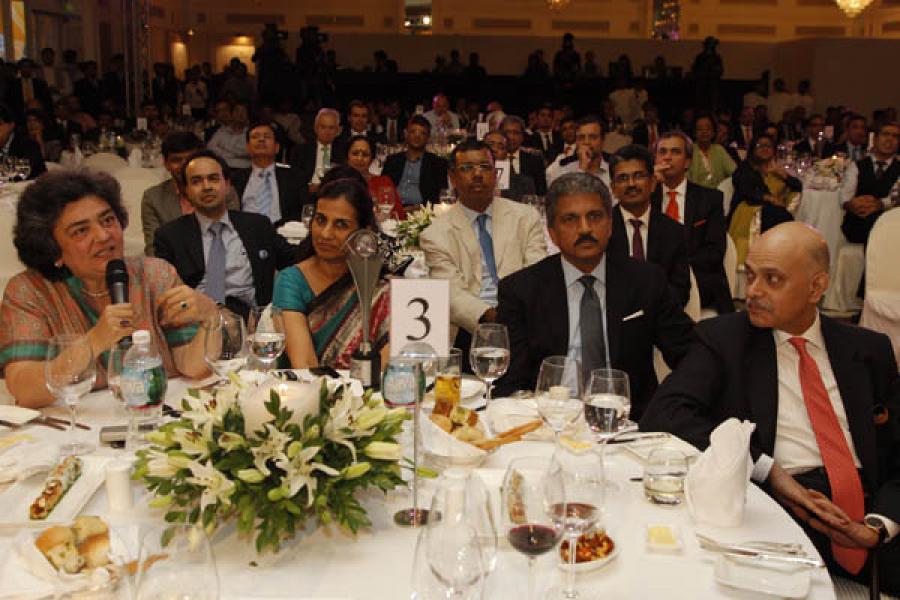 On Wednesday, the Forbes India Leadership Awards at the Trident in Mumbai was a celebration of all-weather leadership – the men and women who held firm, even grew stronger, against the odds. The awards were interspersed with zippy, Oxford-style debates that were moderated by Adil Zainulbhai, chairman of McKinsey India. Anand Mahindra, who won the flagship Entrepreneur of the Year award, summed up the evening in his tweet today: “Grateful for all the good wishes on the Leadership Award. Kudos to @forbes_india for an entertaining and unconventional event format.”

The evening began with Phanindra Sama, co-founder and CEO of redBus.in, getting awarded in the outstanding start-up category. In his acceptance speech, the 32-year-old spoke about the Ibibo Group’s acquisition of his company, saying it wasn’t a tough emotional exit as they were happy to have been able to raise capital. The spotlight moved to Tarang Jain next; the 51-year-old MD of Varroc Engineering was named Nextgen Entrepreneur of the Year. Jain, who stressed on sustainable growth in times of super-normal growth, thanked his mother (Rahul Bajaj’s sister) and wife and accepted the award on behalf of his 11,000 employees.

Next in line was IKSL’s Ranjan Sharma, who won the coveted Entrepreneur with a Social Impact award, for bridging the information divide in rural India and building a network to provide valuable information to farmers through voice messages. Will the farmers be ready to pay for such services? Sharma was positive. “…when farmers see that it is making a difference to their lives, they will,” he said.

After the first three awards, it was time for the opening debate of the evening, featuring Mohandas Pai (speaking for the motion), chairman of Manipal Global Education, and Marico’s Harsh Mariwala (against), on whether it made more sense to invest in India than abroad. When queried later, Mahindra struck the middle path by saying we should do both, the audience, with remote controls at their desk, overwhelmingly voted for Pai (77 percent).

The scene shifted back to the awards with Hindustan Unilever winning the Conscious Capitalist of the Year award for its focus on reducing the environmental footprint and trying to engage the local producers in a sustainable manner. Collecting the award on the company’s behalf, R Sridhar, chief financial officer, explained why consumer is the king. “If you do the right thing by our consumers, all the stakeholders will get properly rewarded,” he said. 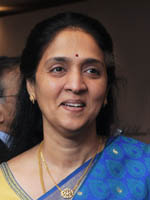 The Woman Leader of the Year went to National Stock Exchange’s Chitra Ramkrishna for setting up India’s largest bourse, and making it one of the biggest stock exchanges in the world. She didn’t pass on any stock tips, but you can’t blame us for not trying.

It was then time for the second debate between Oxus Investments chairman Surjit Bhalla (for) and Romesh Sobti (against), chairman and CEO of IndusInd Bank, on whether the rupee should be allowed to float without government intervention. A pre-debate vote showed that 47 percent of the house agreed with the motion, but Bhalla turned the tide and ended up with 53 percent of the votes.

The third segment of the awards night focused on recognising the CEOs who had done a stellar job in steering their companies through troubled times. The Best CEO—Public Sector award went to IRCTC’s Rakesh Tandon who took “two years to convince the bosses to go for paper-less train tickets” but still managed to build the largest e-commerce site in the Asia Pacific region. 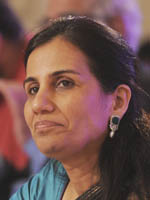 Chanda Kochhar, MD and CEO of ICICI Bank, won the Best CEO—Private Sector award for transforming the bank through an economic downturn. Asked whether women make better bankers (four of top eight banks in the country are headed by them), Kochhar smiled and said, “The proof of the pudding is in the eating!”

The Best CEO—Multinational Company went to Cognizant Technology Solutions’ Francisco D’Souza. What does it take to be a CEO? D’Souza, who reached the top spot at just 39, shared his recipe for success. “Dream big, anything is possible.”

The final debate for the night dwelled on whether India Inc was bi-polar. Are India’s highs are too high and its lows too low? Sanjay Nayar, CEO of KKR India, was to defend the motion, and 82 percent already agreed with it. But Cognizant’s D’Souza swung the verdict by a huge margin with his arguments. Maybe India is bi-polar, after all, said Nayar.

The Lifetime Achievement Award for FILA 2013 went to Brijmohan Lall Munjal, 90, for making Hero Group the world’s largest manufacturer of cycles and Hero MotoCorp, the largest two-wheeler manufacturer by volume. The final award was the showpiece Entrepreneur of the Year, won by Mahindra. As the night drew to a close, he summarised the stories of all those who made it big. “Entrepreneurship is a state of the mind,” he said even as he was given the latest issue of Forbes India to unveil – with him on the cover.  You can watch the entire Awards ceremony on our Youtube channel here