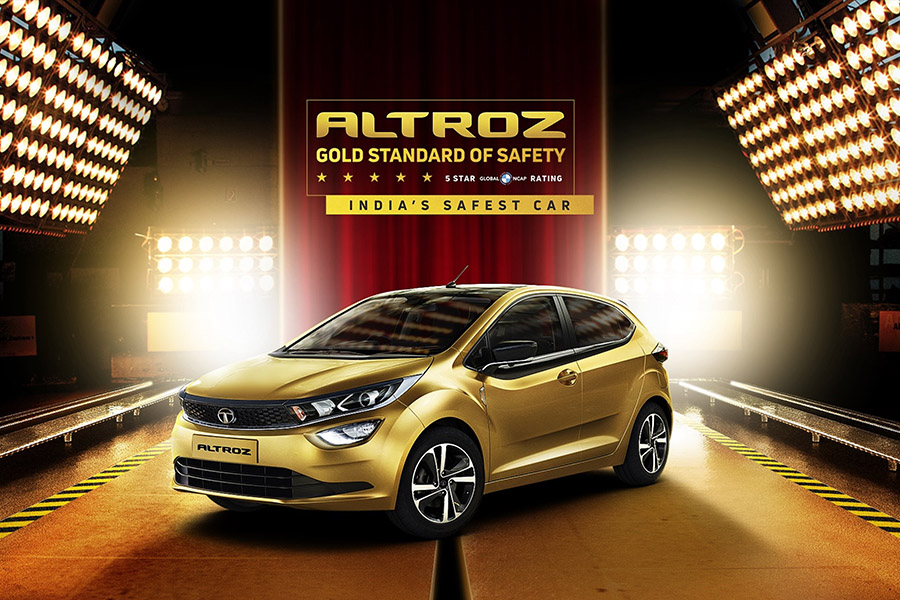 There is something to cheer for the beleaguered car maker, Tata Motors, in the new year.

Despite being hit hard by the slowdown in the automobile industry—Tata Motors’ market share has tanked to 5.1 percent—the Mumbai headquartered car maker has once again managed to score a five-star rating for its newly launched car, Altroz, from Global NCAP (Global New Car Assessment Programme), an agency which works in the area of motor vehicle safety.

In 2018, the company’s hatchback, Tata Nexon, became the first made-in-India, sold-in-India car to achieve Global NCAP’s coveted five-star crash test rating. This is the second time that a Tata Motors car has won five stars in the ratings. “The latest result in our crash tests shows a strong signal that Tata is moving its fleet to 5-star levels of safety performance. We would like to encourage all other car manufacturers in India to follow Tata’s example and bring affordable 5-star cars to Indian consumers,” David Ward, CEO and President of Global NCAP said.

The genesis of the repeated success on meeting global safety norms lies in the groundworks that the company laid out in 1998, says Rajendra Petkar, the chief technology officer at Tata Motors. “If you look at it, it’s not that we made some structural changes in the past few years,” says Petkar. “It dates back to the time of the Tata Indica in 1997.” Tata Motors was the first Indian manufacturer to invest in a crash test facility in 1997, a time when there were no crash-testing benchmarks in India, says Petkar.

India has the highest number of road fatalities globally, at 1.5 lakh deaths a year; in October this year, the government had made it mandatory to equip vehicles with a driver-side airbag, ABS, reverse parking sensors and speed warning system as standard to increase occupants' safety. “We have been working on the simulations and felt that in a country like India, we have to take the lead in ensuring safety,” says Petkar.

The bulk of the tremendous success in cracking the safety norms lie in the design language, reckons Petkar with a focus on optimising the layout of the engine bay area. “It’s not that we have used any fancy material,” he says. “We are in the affordable vehicle category and it’s all about the body structure. We paid a lot of attention to the engine compartment and the layout of that.”

Then there is the improved energy-absorbing body structure, with high-strength steel construction, helping to effectively absorb the impact energy on a crash.

In 2018, Tata Motors had decided to shift its entire product offering on to two platforms (a design architecture that includes the underfloor, engine compartment and the frame of a vehicle): Omega, developed by JLR and used in its wildly popular models: Discovery; and Alpha, developed in-house. The Altroz is developed on the Alpha platform.

How much of that was helped by Jaguar Land Rover? “It’s all in-house capabilities,” adds Petkar. “These achievements don’t come by accident. It’s all about continuously understanding the vehicle and believing in the need to provide safe vehicles.”