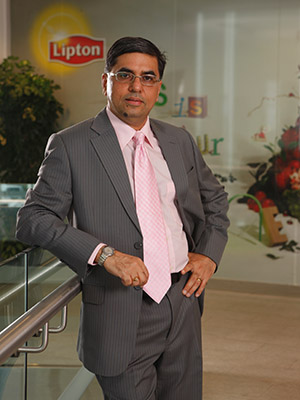 However, the company continued to maintain a cautious outlook for the current fiscal, saying there are no clear signs of a sustainable revival in demand. In fact, the FMCG major pointed to significant demand headwinds in the coming year.

At Rs 7,675 crore, in the March quarter of FY15, sales numbers were dragged down by a decrease in input costs as the company cut retail prices by an average of five percent across its mainstay — soaps and detergents. Consequently, despite a six percent volume growth, revenues rose a mere nine percent. (In the quarters gone by, volume growth would average three to four percent and that translated into a nine to ten percent rise in revenues.) Profit in the three-month period rose 16.7 percent year-on-year to Rs 1,018 crore.

TEPID RURAL DEMAND
Hindustan Unilever’s numbers are the latest in a series of results that point to a slow down in demand growth in rural India. Sales of discretionary products like soaps, shampoos and detergents have taken a beating as rural wage growth has slowed. Companies like tractor maker Mahindra &Mahindra have also seen demand for their products decline.

And there are no green shoots on the horizon. At the results press conference, company officials made it clear that it would take at least a year to see any visible signs of a demand revival. Any demand revival will have to be led by an increase in rural spends, the added. “The pace of market recovery is dependent on how the rural areas fare,” said Sanjiv Mehta, chief executive of Hindustan Unilever.

He pointed to the growth rates in rural India that averaged eight to mid-teens for the industry earlier. They are now down to eight percent while urban India contributes about four percent.

While consumer businesses grapple with falling demand, declining input prices have proved to be a welcome change for a business that had to contend with steeply rising input costs for the last four years. The first benefits of a decline in crude prices came in the last quarter resulting in a five percent decline in prices of soaps and detergents. Here, too, the company was strategic in passing on lower prices. For instance, prices of smaller packs were cut more aggressively to shore up demand while prices of some other categories were retained.

Mehta says he is closely watching the monsoon forecast as well as minimum support prices for farm produce to see how rural demand shapes up in the months ahead. “For now, this is the weakest market growth we have seen in the last eight-ten years,” he said.

Hindustan Unilever’s shares gained 3 percent on the Bombay Stock Exchange on Friday, closing at Rs 894.6. The scrip has gained 17 percent so far in 2015.