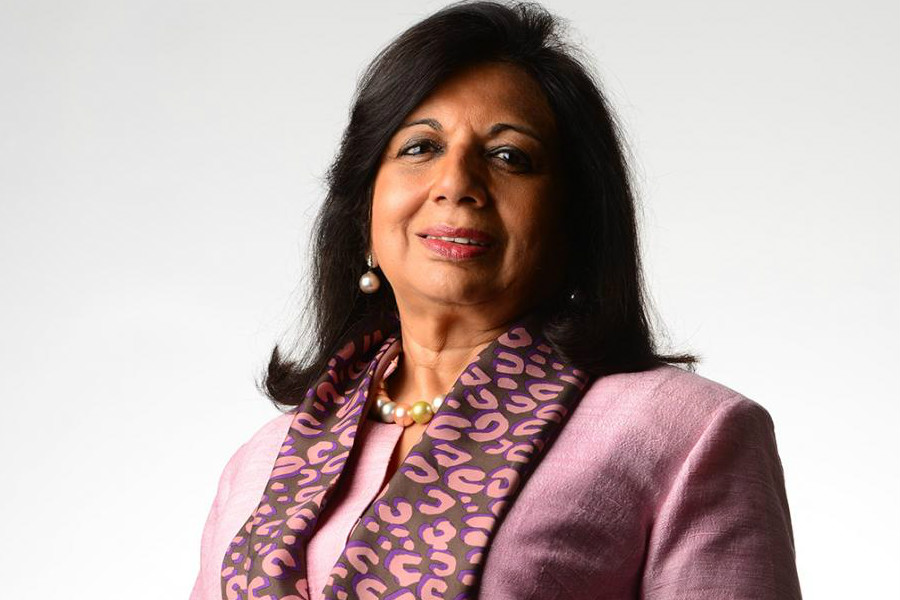 With a net worth of $2.1 billion, the 63-year-old chairperson and MD of Biocon is the sole Indian representative in the ‘World’s Self-Made Women Billionaires’ list, which is dominated by China.

The richest self-made woman in the world is Zhou Qunfei, whose publicly traded Lens Technology makes glass covers for mobile phones and tablets for customers like Apple and Samsung. She is one of 29 self-made women billionaires in Asia.

The number of self-made female billionaires around the world has gone up from 42 in 2016; their combined wealth totalling to $129.1 billion as per the latest list. 2017 marks the first year that the self-made-woman billionaire wealth has surpassed $100 billion. An all-time high of 25 percent of the world’s women billionaires are self-made, compared to 21 percent in 2016. This percentage has more than doubled since 2009, Forbes said.

“More women entrepreneurs than ever before have climbed into the ten-figure club. A record 56 self-made women are now billionaires, including the first-ever from countries like Vietnam and Japan,” said Luisa Kroll, Managing Editor of Wealth at Forbes Media. “In fact, more than half of these enterprising women hail from Asia. Women are still the much rarer sex when it comes to wealth creation, but they are moving in the right direction.”

In terms of countries represented, as many as 21 (37.5 percent) self-made women billionaires are from China, followed by the United States with 17  (30 percent); Hong Kong (five), United Kingdom (three); and Australia, Brazil, Germany, India, Italy, Japan, Nigeria, Russia, Switzerland and Vietnam, with one self-made woman billionaire each.

Mazumdar-Shaw, who has made a return to the list, has pioneered an enterprise in the field of biopharmaceuticals. Biocon is among the few innovator companies in the Indian pharmaceuticals industry, where most other players are making generic versions of drugs that are going off-patent.

Late last year, Majumdar-Shaw made a comeback to the Forbes India Rich List, on the back of some bold business bets.  The India Inc icon, is also a part of the jury that selected the 19 individuals on Forbes India’s first-ever W-Power Trailblazers list.

“India today is home to a new breed of women who display a sense of self-belief that allows them to excel in any domain, outperform their male colleagues and assume leadership roles in their respective fields,” she says.