The bank's gross non-performing assets, as a percentage of total loans, declined in the quarter 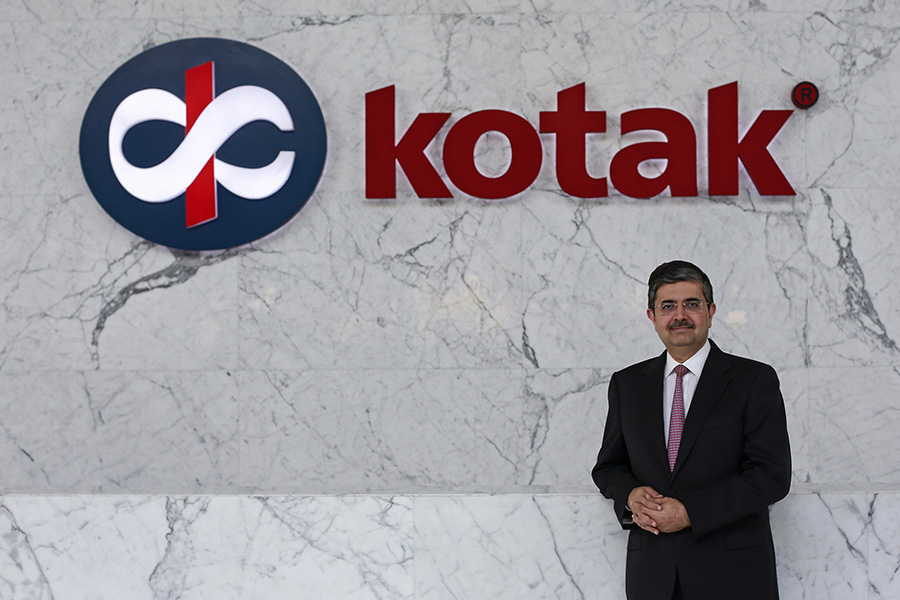 
Kotak Mahindra Bank on Monday reported a 15 percent year-on-year rise in its standalone net profit for the March quarter at Rs 1,124 crore, which was below the Street's estimates.

The growth in net profit was driven by a decline in bad loans and healthy expansion of the bank's loan book.

A poll by brokerage firm Sharekhan had estimated the private sector bank's net profit at Rs 1,164 crore, 20 percent higher than in the same quarter last year.

The lender's net interest income (NII), the difference between interest earned and interest paid, was in line with expectations, having grown 18 percent on year to Rs 2,580 crore.

Net interest margins (NIM) fell to 4.35 percent during the reporting quarter, from 4.63 percent in the corresponding quarter a year ago.

Another factor that contributed to Kotak Mahindra Bank's profitability in the March quarter was higher other income, which rose 15 percent year-on-year to Rs 1,151.63 crore.

The bank's loan book grew 25 percent to Rs 1.70 lakh crore on the back of robust retail loan growth of 24 percent and agriculture loan growth of 20 percent. Its corporate book grew at a marginal pace of 4 percent.

"It continues to witness moderation in SMA-2 balance, which clearly suggests a stable trend on asset quality front. Looking ahead, we expect strong traction in earnings to continue owing to robust growth in loan book, moderate credit cost, and healthy margins," Mishra added.

Asset quality
During the quarter under review, the bank also saw an improvement in its asset quality.

Its gross non-performing assets (NPAs), as a percentage of total loans, declined to 2.22 percent during the reporting quarter from 2.31 percent at the end of the December quarter.

The lender's net NPAs, as a percentage of total loans, stood at 0.98 percent, 11 basis points lower than 1.09 percent at the end of the previous quarter. However, despite asset quality improving, the bank's provisions for bad and doubtful loans rose 15 percent during the quarter under review to Rs 306.9 crore. In absolute terms, gross NPAs rose 2.96 percent quarter-on-quarter to Rs 3,825 crore, while net NPAs grew 3.60 percent to Rs 1,665 crore.

The bank reported outstanding SMA 2 (special mention accounts) loans of Rs 72 crore, which is 0.04 percent of its total loans. SMA 2 accounts are those on which repayments have been overdue for more than 60 days.

Full year results
For the financial year ending March, the bank reported a net profit of Rs 4,084.3 crore, around 20 percent higher than its profit last year. NII for FY18 rose 17 percent on year to Rs 9,532 crore.

On an annual basis, all the above-mentioned subsidiaries recorded the highest-ever profits, the bank said. Meanwhile, the lender's consolidated net interest margin dipped to 4.30 percent from 4.61 percent last year.

Uday Kotak reappointed as MD and CEO
Kotak Mahindra Bank's board of directors has decided to re-designate Uday Kotak as Managing Director and Chief Executive Officer with effect from May 1.

Tweets by @forbes_india
Ideas in full bloom at AIIMS
HDFC quarterly profit up near 40% on stake sale in two subsidiaries, lower tax costs