Under this partnership, SBI will provide overdraft facility to a pre-qualified set of customers for transacting on Flipkart 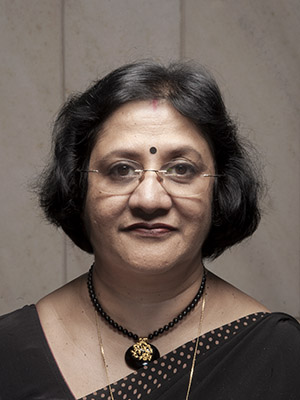 State Bank of India, the country’s largest bank, announced a series of digital initiatives on Friday, including a first of its kind partnership with e-commerce giant Flipkart, to offer bank customers a pre-approved EMI facility to purchase products on the retailer’s website.

The bank, which celebrates its 61st anniversary (State Bank Day) on July 1, said the objective was to provide finance to credit worthy individuals, and not just credit card holders. The EMI facility will be available in tenures of six, nine and 12 months.

Under this partnership, SBI will provide overdraft facility to a pre-qualified set of customers for transacting on Flipkart for a minimum purchase of Rs 5,000.

"With the introduction of this product, EMI facilities on Flipkart are now not limited to just credit card holders. The objective is to provide finance to credit worthy individuals through an end-to-end online facility without having to go through the process of applying for a personal loan for simple purchases," says Rajnish Kumar, managing director (National Banking Group), SBI.

SBI has near 300 million customers, of which 26 million use internet banking services and 60 million mobile banking.

Sachin Bansal, chairman and co-founder of Flipkart said: “This is pretty big for us. Normally products are created to make payments quicker online, but this had not been done yet. It improves the value chain of e-commerce.”

Bansal, whose Flipkart is in a bitter battle with Amazon India for market leadership, said most customers used EMIs to buy high value smart phones, home appliances, refrigerators and furniture.

Flipkart and SBI called their joint initiative a first-of-its kind collaboration across the world, but said it would not be an exclusive tie-up. This means that SBI could approach other e-commerce giants for a similar agreements and Flipkart, in turn, other banks.

SBI chairman Arundhati Bhattacharya said the state-owned bank was “breaking the mold and change the way banking is done. These products will help customers short circuit the need for a credit card or a mobile wallet,” she told media.

“We are senior in age, but young in vision,” she added, talking about the bank’s nimbleness to adopt changing technologies for its customers.

The bank also launched ‘SBI Mingle’ a social media banking platform for Facebook and Twitter users, through which a series of banking services like checking balances and requesting for mini statements, are available for people, at their own convenience. SBI also launched SBI Digital Village – an initiative to transform villages into cashless economies.  This initiative is being rolled out in 21 villages, with an aim to expand it to 100 villages by FY2017.

“This year is important for us. We will be one-third bigger this [financial] year,” Bhattacharya said, referring to a mega merger of five associate banks of the SBI Group with the parent, being put into place. This, when complete, will be one of the biggest mergers in India’s banking industry in recent times.

Post-merger, SBI’s balance sheet will grow to Rs 37 lakh crore from a standalone Rs 27 lakh crore, according to data from SBI. It would also push SBI into the top 50 banks in the world (by asset size). At present, no Indian bank features in this list.

Bhattacharya has been at the forefront to change the image of the country’s banking behemoth and make it the “banker to digital India”.

SBI in recent years has introduced a range of digital initiatives, from SBI Intouch - digital banking facilities across six metros in 2014, to SBI Buddy mobile wallet application in 2015 and mVisa in 2016, a smartphone app and technology, aimed to enlist millions of small merchants and their customers into the digital payments ecosystem.

But it has been a tough financial year for the state lender, like several other state-run banks. The public lender’s gross non-performing assets (NPAs) went up to 6.50 percent of gross advances in 2015-16 from 4.25 percent the previous year, and net NPA rose to 3.81 per cent from 2.12 percent, a year earlier.
SBI’s top management said they expect loan growth to grow 12-14 percent in FY2017, including retail loans at about 20 percent growth.