The conglomerate's ecommerce venture Tata Cliq is being positioned as a curated marketplace that will follow an asset-light, omnichannel approach 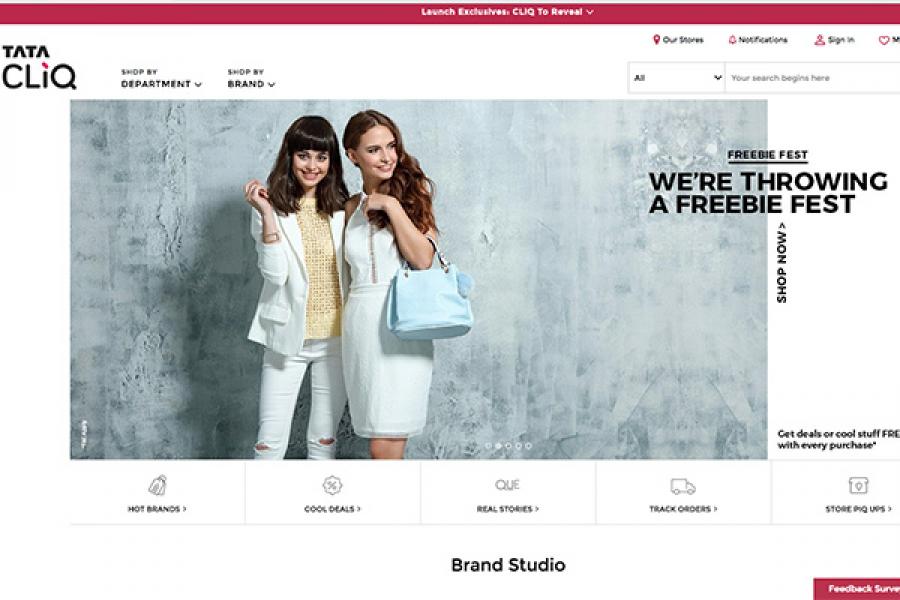 Google was one of the last search engines to commence operations but ended up becoming the most popular one because of its differentiated algorithm. This was the parallel that Kumar Rameshwar Singh Jamwal, Executive Director of Tata Industries drew to explain why the $108-billion Tata Group’s online marketplace, launched on Friday, could be successful despite being a late entrant into the market.

“If you are delighting customers more than anybody else then it doesn’t matter if you are a late entrant,” Jamwal said.

The salt-to-software conglomerate, which operates several retail businesses that include selling electronics, apparel and jewellery, has become the latest conglomerate to join the e-marketplace bandwagon by utilising its deep pockets and leveraging synergies across the group. Tata launched its e-commerce website and mobile app under the brand name of Tata Cliq, which will sell apparel, footwear, electronics and jewellery sourced from in-house as well as external domestic and global brands.

Tata Industries owns 90 percent of Tata Unistore, the company that will operate the online marketplace, and Trent, another Tata group company that operates retail chains such as Westside, Star Bazaar and Landmark. The venture will start off with two lakh stock-keeping units across 400 brands being made available to customers and will be scaled up over the next few months. Tata Cliq will cater to customers across 5,000 pin codes in 101 cities, which covers 85 percent of the e-commerce market in India.

“At the Tata Group we have a rich heritage of pioneering initiatives. Tata Cliq a first of its kind omnichannel e-commerce marketplace is in keeping with this tradition,” Cyrus P Mistry, chairman of Tata Sons said in a recorded video message. “Cliq brings to India a smart combination of reassurance and in-store experience of large in-ground network with the convenience of online shopping, bringing the best of both worlds together. Tata Cliq is also symbolic of customer focus, tech orientation and collaboration across Tata Group.”

So where is the difference between Tata Cliq and its competitors like Snapdeal and Flipkart?

According to Ashutosh Pandey, CEO of Tata Unistore, Tata Cliq will follow a “curated marketplace model.” That is to say that unlike normal online marketplaces where sellers are free to sell any and every product, Tata Cliq will carefully choose the kind of products that it puts up for sale on its platform to make it more exclusive in nature. Also, Tata Cliq will deal directly with the brands whose products it sells and will procure products either directly through them or through their approved retailers only. This will help in ensuring a high quality of shopping and after-sales service experience by doing away with other intermediaries like unauthorized wholesalers or retailers, who are sometimes found to sell fake products.

According to Pandey, this will also give Tata Cliq a cost advantage of around five to six percentage points when it comes to procuring products for the marketplace, and is a more efficient way to manage inventory.

Tata Cliq is also set to become the sole authorized online seller of luxury goods brands including Giorgio Armani, Bottega Veneta, Burberry, Canali, Jimmy Choo, Hugo BOSS, Coach, Paul Smith and Tumi in India. These global marquee brands will be sold as part of a tie-up between Tata Cliq and Genesis Luxury Fashion Pvt. Ltd, which is the marketing and distribution partner for these international fashion labels.
For the other apparel, footwear and electronic brands that Tata Cliq will sell on its platform, it plans to leverage the physical footprint of Tata Group’s retail business, in an omnichannel approach. Through this strategy, which Tata Cliq has christened ‘Phygital’, a customer can both shop in the store or online, and get delivery of products at home or in the store nearest to them. This will also help in ensuring faster after-sales services such as exchange or return of goods, Pandey said.

To begin with, Tata Cliq is looking to tap into a customer database of 10 million “brand-affined” shoppers (half the customers who are part of loyalty programs run by four Tata Group companies) with its targeted offerings. Pandey said that Tata Cliq will try and build a sense of loyalty among these buyers and retain them for repeat purchases, which will improve the per unit economics of the business.

Tata Cliq wants to follow an asset-light marketplace model. The omnichannel model, through which, say, an air conditioner can be made available to a customer from the nearest Croma store, will help the venture cut down its dependence on warehousing and logistics – which are two key overheads for an e-commerce company. Also, where it needs to source products from external brands, it plans to do so directly from the warehouses of the manufacturer or its authorized seller.

Further, much of the manpower requirement has been outsourced to other group companies like Tata Consultancy Services (which has helped with the IT backbone of the business) and Tata Business Support Services Ltd, a business process outsourcing company wholly owned by Tata Sons, the conglomerate’s flagship holding company.

Most importantly, Tata Cliq is being bankrolled by one of the largest conglomerates in the country that has deep pockets and is willing to be patient with the new venture, according to Jamwal. Though he didn’t divulge the exact quantum of investment that is being poured into Tata Cliq, it was “a few hundred million dollars”, which will be spent in phases, Jamwal said.