The sale frees the new chairman up to focus on other businesses such as Tata Motors, therefore expect bigger initiatives say analysts and fund managers 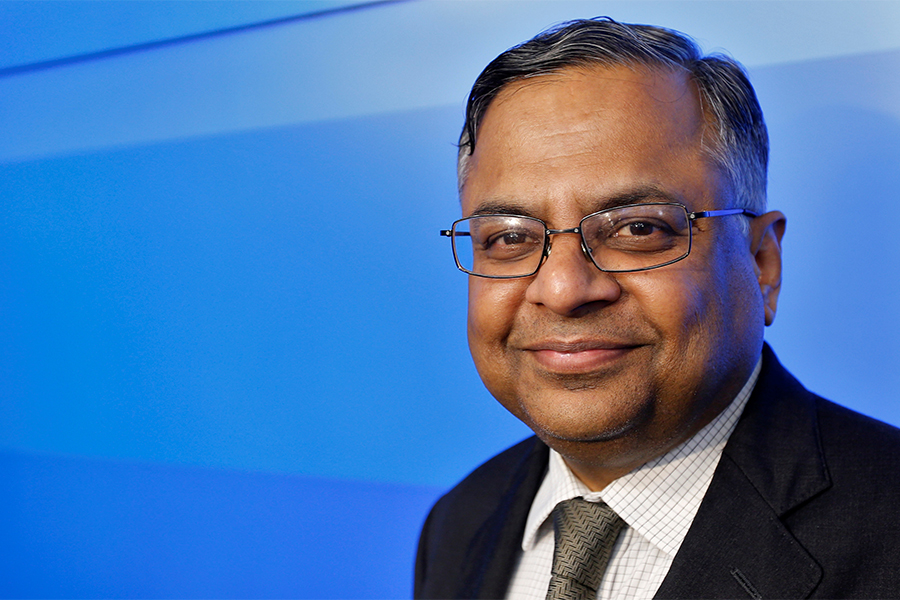 Tata Sons’s Chairman, N Chandrasekaran, has struck a deal to merge the $100 billion conglomerate’s consumer mobile business with market leader Bharti Airtel Ltd., signalling his biggest move yet at home in an ongoing effort to revitalise the group.

The mobile business, comprising Tata Teleservices Ltd. and Tata Teleservices Maharashtra Ltd., with a combined consumer base of over 40 million users, will be merged with Bharti Airtel Ltd., Tata Sons, the holding company of the Tata group businesses, said in a press release on Thursday.

This latest deal comes less than a month after Chandra, as those who know him call him, successfully concluded negotiations — which had started before he landed the top job at the group — to combine Tata Steel’s European business with Germany’s Thyssenkrupp AG. The Tata Tele deal with Bharti has enthused observers and investors.

“It shows that they are trying to exit businesses where they don’t have the chance to be one of the top players,” Bhavin Shah, founder and fund manager at Sameeksha Capital in Ahmedabad, told Forbes India over the phone. “It is a positive message on the execution of what Chandra has been talking about,” added Shah, who was formerly a vice president and head of technology research for Asia Pacific at JP Morgan Chase and Co.

Chandrasekaran (54) was named to his current role in January, following the ouster of then chairman Cyrus Mistry in October 2016 in a dispute with promoters of the group companies, led by Ratan Tata.

One obvious point is that the deal with Bharti is another step in the ongoing consolidation in the Indian telecom market. However, “it also has the advantage that it keeps intact the Tata’s reputation as an employee-friendly group,” Jayanth Kolla, partner at telecom and internet consultancy Convergence Catalyst in Bengaluru, said by phone.

“The employees of Tata will be demerged on the lines of the two businesses — consumer mobile business and enterprise and fixed line and Broadband — and post an optimal manpower planning, will be moved accordingly,” Tata Sons said in its press release on Thursday.

Chandrasekaran had this to say, in the press release: “We believe today's agreement is the best and most optimal solution for the Tata Group and its stakeholders. Finding the right home for our longstanding customers and our employees has been the priority for us. We have evaluated multiple options and are pleased to have this agreement with Bharti.”

The no-cash, no-debt deal gives Bharti over 40 million consumers, raises its base to over 300 million subscribers, and gives it precious spectrum in multiple bands, Kolla points out, as well as access to Tata Teleservices’s fibre-optic network. A scenario similar to that of China is now beginning to play out in India, and “it’s happening real fast now,” he said.

There are also “bigger signals one can hope for,” Shah said, such as at the passenger vehicle business of Tata motors, if one were to apply the same logic as in Tata Teleservices. With Britain’s Jaguar Land Rover, which Tata purchased, doing well on its own in its own sphere, Tata Motors would be better off focussing on the commercial vehicles business, where there are quite strong, he said.

Amidst all this churn, Chandrasekaran has one source of some stability in the form Tata Consultancy Services, where he was himself instrumental as CEO from 2009, in growing the business into one of the world’s biggest IT services companies. TCS also accounts for over 40 percent of the Tata Group’s employee base of close to 700,000 people.

Shah adds: “TCS is sort of maintaining that trajectory of mid-single digit growth. It continues to be the main cash generator for the group.” On Thursday, TCS beat street expectations for fiscal second-quarter earnings and in a rare statement that could be seen as at least qualitative guidance — TCS doesn’t offer any projections — COO NG Subramaniam said the company expects steadier and stronger growth ahead.