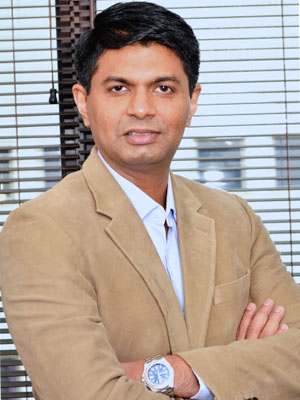 There was a time when traditional media dynamics used to say that print is the right medium to give out information, TV to build an emotional connect and outdoor to remind or create brand recall.

But the pendulum has swung and advertising today has diversified into multiple forms and mediums with the advent of digital technology. From promoting the brand on social media, putting interstitial and banner ads on websites, sending promotional messages on mobile to using virtual reality (VR) and augmented reality to engage potential consumers, advertising has undergone a sea change.

It has thus become imperative for brands and advertisers to adapt themselves to the digital onslaught. Campaigns like Ariel’s Share The Load , which was released only on digital media platforms, and Tata Tiago’s ‘virtual reality’ test drive are reflective of this trend.

Joseph George, group CEO, MullenLowe Lintas Group in India, believes that while digital is still 9.9 percent of the total ad spend (according to Group M’s TYNY report released in January) in India, “the greater opportunity in digital lies in organisations readying their marketing ecosystems for a digitised business environment”. “If you were to take investments in that direction, that include digital infrastructure, the growth (of digital advertising) would be a lot higher than 40 percent,” he says.

The group’s digital arm, LinTeractive, was restarted two years ago with a mission to mainline digital marketing. George says their digital business has grown manifold since then. “In this mix, there’s a significant number of brands who have given MullenLowe Lintas Group their on and offline mandate, allowing us to create seamless marketing programmes,” he says. They work with marquee brands like Dabur, Godrej HIT, Liril, Surf Excel, Freecharge, Woodland and Practo.

George throws light on the changing landscape of the ad world and what agencies must watch out for.

On how traditional agencies are adapting:
I think the term ‘traditional agency’ is nearing its expiry date. Agencies are left with no choice but to create marketing programmes that work seamlessly on and offline. Yes, traditional media accounts for a majority of marketing dollars today and continues to grow, but the silos of traditional versus digital are fast blending into each other. We need to move from digital marketing to marketing to a digitised world.  Agencies (big or small) that fail to do that soon enough are likely to fail altogether.

On things to keep in mind for digital advertising:
One needs to look at digital initiatives from the lens of ‘interactions’. If you can create content, messages or utilities that make people care (about your brand) and share (because they see value in it for their peers) chances are you are doing it right.

On ad-blockers:
As an agency that puts creativity (not reach) at the heart of our product, we welcome such restrictions because they force brands to evolve from ‘interrupting’ to ‘engaging’. These are not the times where one can buy infinite eyeballs by throwing media money at the problem. Brands need to think and act like publishers, creating content that generates enough interest among audiences to seek out these stories where the brand is naturally woven-in.

On measuring the success of a digital campaign:
There’s a wide variety of metrics that can be used to measure the effectiveness of digital campaigns. And data points apart, these metrics should not be very different from how we measure effectiveness of any marketing initiative. Buzz and ‘viral’ity are means to an end, and not the end objective in themselves. The parameters to judge impact have to be the same business or brand metrics like penetration, consumption, market share impact, equity impact, purchase intent, advocacy and so on. The added advantage is that pointers to these are available, in some cases, as real-time data feeds in case of digital campaigns.