The entrepreneur reportedly wrote to staff that he had fought to keep the business going in the face of immense pressure from creditors, but has now given up 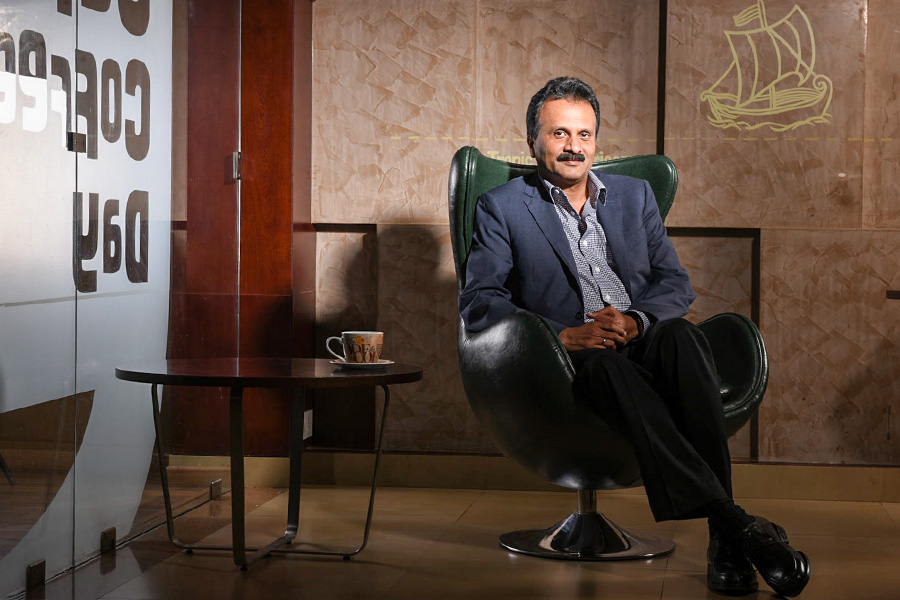 The urgency with which VG Siddhartha needed to sell his stake in Bengaluru-based IT company Mindtree Ltd. has come to fore after the entrepreneur-founder of the Cafe Coffee Day chain of restaurants went missing on July 29.

The police are searching for Siddhartha after he stepped out of his van on July 29, on a bridge over the Netravati river near the southern coastal town of Mangalore, telling his driver he was going to take a walk, but never returned, The Hindu reported on July 30, citing the police.

In March, Siddhartha sold the 20.32 percent stake that he and two Cafe Coffee Day group companies held in Mindtree to Larsen and Toubro Ltd. for about Rs 3,200 crore. As of March 2019, Coffee Day’s debt was Rs 4,068.08 crore. Sical Logistics, which was acquired by Coffee Day group in 2011, has a net debt of Rs 1,052.80 crore, Mint newspaper reported, citing data from Bloomberg. Coffee Day has interests in coffee retail, technology parks and SEZs, and hospitality.

Siddhartha is said to have recently written a letter to staff in which he spoke of tremendous pressure from creditors: “I am very very sorry to let down all the people who had put their trust in me. I have failed as an entrepreneur. I fought for a long time, but today I give up,” he reportedly wrote in the letter. We have not independently verified the contents of the letter.

Siddhartha reportedly continued, “I could not take any more pressure from one of the private equity partners forcing me to buy back shares, a transaction I had completed six months ago by borrowing a large sum of money from a friend. Tremendous pressure from other lenders led me to succumbing to the situation.”

Siddhartha (58) comes from a coffee growing family in Chikmagalur in Karnataka. He has a Master’s degree in Economics, and is married to the daughter of former chief minister of Karnataka state, SM Krishna. He has two children. He opened his first Cafe Coffee Day outlet in 1996 on Bengaluru’s Brigade Road, a popular shopping destination in the city. The chain today has 1,750 stores.

Shares of Coffee Day Enterprises have fallen 20 percent to Rs 153.4, since the news, hitting the circuit limit in early Mumbai trading.

“I have failed to create the right profitable business model despite my best efforts. Faced financial pressure from lenders, borrowed money. I never intended to cheat anyone,” Siddhartha reportedly wrote in the letter.

The Economic Times has earlier reported that Siddhartha was in talks to sell a stake in his coffee retail business to Coca Cola, and was seeking a valuation of $1.45 billion. The retail business is expected to end the current fiscal year with sales of Rs 2,250 crore, according to the daily.