The battle of Smart watches

The Swiss watch industry has responded to the onset of connected devices by launching its own versions of them. But are smartwatches and wearables a real threat? 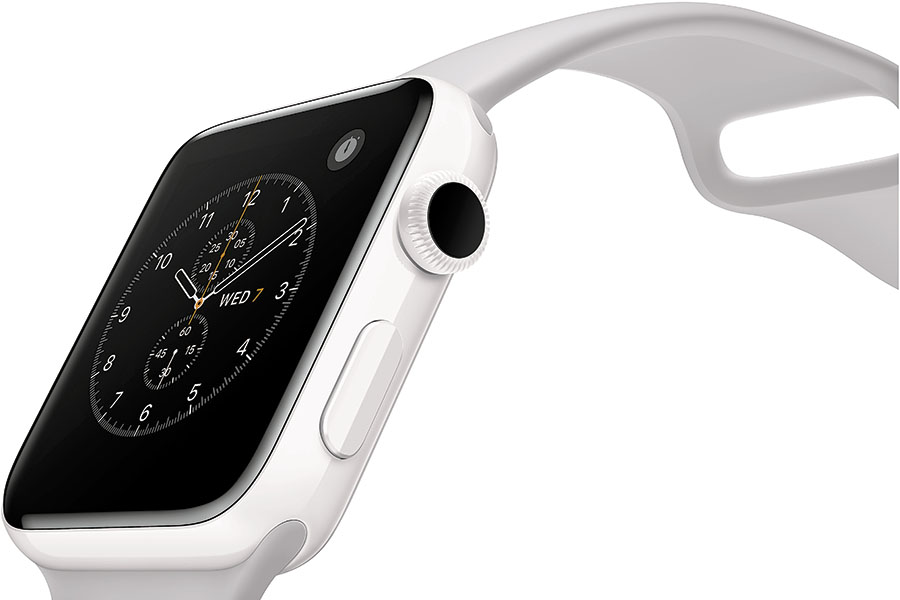 The Apple Watch 2 was launched in September this year. In 2015, when Apple launched the first version, it not only created a new product, but also provided consumers with a new product category

You could call Sameer Hiremath an Apple aficionado. The 42-year-old joint managing director and president of Hikal, a specialty chemicals and pharmaceuticals firm (part of the Kalyani Group), can’t wait to get his hands on the next product the company launches. So, in April 2015, when the much-awaited iOS-integrated system Apple Watch was launched, Hiremath was obviously in queue.

“I already owned several other products like the iPad and the iPhone. I had moved to the light side from the dark,” he says. So Hiremath bought a 42-mm Apple Watch from New York, thinking it would be helpful for gym workouts, with its all-day activity tracker, heartbeat sensor, a workout app, calorie counter, and a weekly move goal summary.

But the watch came with more. For instance, it allowed him to store and play music—there was no need to carry an iPod anymore. “[The watch] has also become my phone at corporate meetings,” he adds. “It is obviously impolite to keep looking at your smartphone during meetings or presentations… I can view and respond to SMSes and WhatsApp messages [on my watch] at once.”

For Hiremath, who owns other luxury watches from Jaeger-LeCoultre, Panerai and Omega, the Apple Watch is now a daily accessory. “In fact, the incentive to buy a new watch has gone down,” he admits.

According to UK-based Juniper Research, an analyst firm specialising in mobile and digital technology companies, Apple dominates the global smartwatch market, accounting for 52 percent of all devices shipped in 2015, and it is likely to dominate this segment for several more years. “Apple has such a large share that it would take a huge decline in sales specifically affecting Apple, rather than the whole smartwatch market, for another player to overtake,” says James Moar, senior analyst at Juniper Research. “Although there are many cheaper brands out there, no one has enough of a market advantage to overtake Apple.” 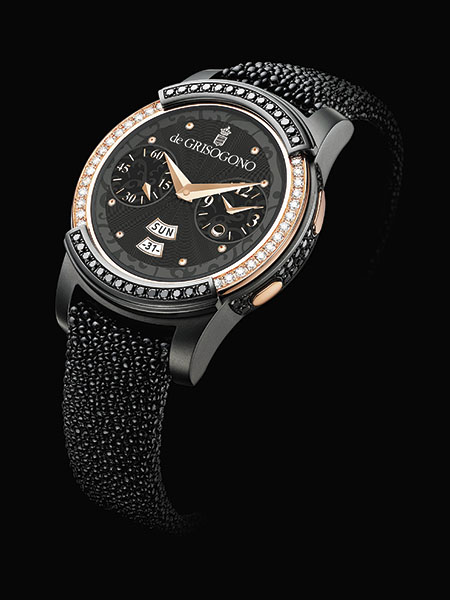 <<< Samsung Gear S2 by de Grisogono
What Apple did through the launch of its smartwatch was not just create a new product, but also provide consumers with a new product category. Rewind to events that unfolded at Baselworld—the watch industry’s annual Super Bowl—in 2015. Traditional Swiss watchmakers like Frederique Constant, Breitling and Tag Heuer, among others, had all started to embrace connected technology. Breitling came with the Exospace B55, an aviator watch that had hands as well as digital display of time, a backlight, notifications for emails, messages, calls and appointments, via a Bluetooth sync; Frederique Constant launched its Horological Smartwatch with a built-in accelerometer to track sleep patterns, and walking and running activities; Tag Heuer unveiled Connected, in a tie-up with Intel Technology and Google.

Experts viewed these launches as aggressive steps to counter the rise of smartwatches and wearable technology since 2014. Though wearables were still not as popular, the basic version of the popular Moto 360 had been launched, alongside other brands such as the LG G Watch R and the Pebble.

The watchmaking industry has seen its sequence of disruptive innovations, from the ‘quartz crisis’ of the late 1970s, which largely threatened to replace mechanical watches, to the rise of digital watches from Japanese electronics giants Casio and Seiko (they launched watches with dictionaries, calculators and touch screens) in the 1980s.

Experimentation increased in the 1990s with the advent of the internet, and, later, mobile phones. Samsung launched the world’s first true smartwatch SPH-WP10 in 1999, with a protruding antenna, a monochrome LCD horizontal screen, 90 minutes of talk time with an integrated speaker and a microphone. Though expected to be a hit with the youth, there is little clarity about its sales or success. Commercialisation of the smartwatch happened only in 2012, when Pebble Technology Corporation raised over $10 million through a Kickstarter crowd-funding campaign for the development of the Pebble smartwatch, which boasted of several apps compatible with most mobile phones.

International mobile brands, such as Motorola, are strengthening their presence in the Android market space. Motorola was the one to introduce the traditional round dials for smartwatches with its original Moto 360 in 2014; this was a major transition from the rectangular shapes that Apple, Samsung, Pebble and Sony had for their smartwatches.

Motorola’s latest smartwatch, Moto 360 (2nd Generation) is being marketed as a smart wearable, but it is first a watch, with a classic round design. “The Moto body feature gives the most holistic health experience by tracking essentials like steps, calories and setting personal goals,” says Rachna Lather, Motorola India’s head of marketing. To improve utility, the new Moto 360 is now the first Android-based smartwatch that is compatible with iOS. Motorola has also introduced smartwatch variants for women, and metal versions for men. “The market is witnessing a surge in wearable shipments and we are the leaders in the Android smartwatch segment,” adds Lather.

Baselworld 2016 was more about Swiss watchmakers returning to their roots with heritage collections and limited editions, and stronger functional features to woo customers. There were some interesting elements to the smartwatch segment too. Frederique Constant launched a new version of its Horological Smartwatch, with a world timer, while Tissot came with a solar-powered smartwatch that appeared to have a small weather station. 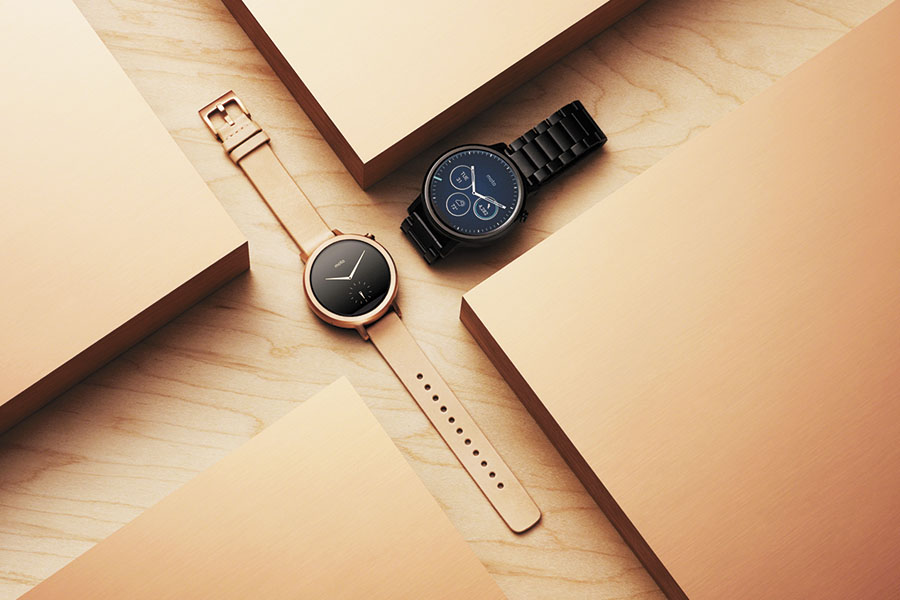 As more manufacturers released smartwatch versions, designs turned sleeker. Samsung Electronics and glamorous watch and jewellery maker de Grisogono came together to create the Samsung Gear S2, a limited edition luxury smartwatch launched at Baselworld 2016. “We noticed that the connected watch market lacked a clear feminine watch,” says Fawaz Gruosi, founder and executive board director of de Grisogono. “Our brand was founded in 1993 on the principle of daring innovation, and for our first venture into smartwatches, we turned to Samsung due to its excellent reputation as a leader in ground-breaking technological innovation.”

Tissot has the Smart-Touch, with a solid titanium case and ceramic bezel. One can synchronise time zones, check weather data and air quality, and use GPS. Fossil has introduced the Q Marshal and the Q Wander to its existing line of smartwatches; the two new watches have touchscreen features, notifications, activity-tracking and wireless syncing.

Sumit Ghosh, general manager (brand retail) of the Fossil Group in India, says India will follow the global trend of using more wearables. “People are more connected, more health- and fitness-conscious than ever before, and these are very strong drivers of future demand,” he says. The increasing availability and speed of internet should give a further boost to the already rapid growth in the penetration of smartphones in India.

It is with this clear trend that India’s premier watchmaker Titan launched the country’s first smartwatch, the Titan JUXT, in 2016, in collaboration with HP. The Titan JUXT is simple in functionality—it displays notifications of incoming calls, texts, and emails, and has a vibration motor for alarms—unlike a wider range of features that most other smartwatches from international brands have.

S Ravi Kant, CEO (watches and accessories), Titan Company, says, “Smartwatches have so far focussed only on technology, and have limited appeal for men who love to wear watches for their design and craftsmanship. We saw an opportunity there. Titan JUXT fulfils the desire for a beautiful watch with meaningful functionality.” 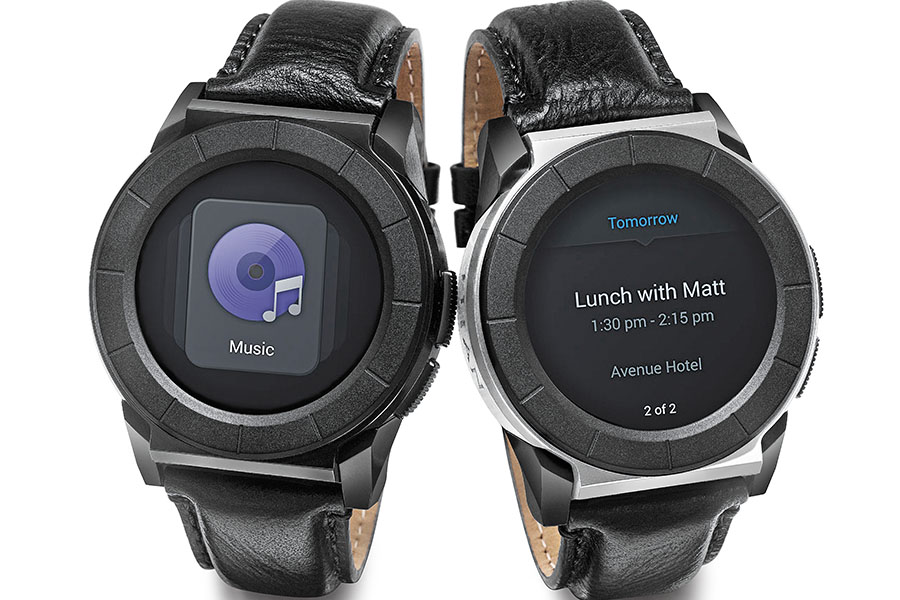 In August 2016, Titan launched its second smartwatch, JUXT Pro, a fully touch-enabled smartphone with options to customise its watch-face and fitness features such as tracking step counts, distance covered, and active calories burnt.
Watch manufacturers are confident of volume growth for the wearables industry. “These are early days in terms of design, hardware performance, user interface and app development, so expect a big leap in these areas. And that is what will take growth to the next level,” says Ghosh of Fossil.

Fossil, at the global level, has said that it plans to launch at least 100 wearables by the end of 2016. Apple, this October, launched the newer version of its smartwatch (Series 2), which is waterproof up to 50 metres, has a faster dual-core processor, is brighter and has a built-in GPS. Most of the other smartwatches launched at Baselworld 2016 are expected to arrive in phases by the end of the year.

But even as new models come in, demand for smartwatches is indifferent. According to the International Data Corporation’s (IDC) Worldwide Quarterly Wearable Device Tracker, the total volume of smartwatches shipped reached 2.7 million units in Q3FY16 (July to September), down by more than half from the 5.6 million units shipped in the corresponding quarter of the previous year.

However, IDC forecasts that for the full calendar year, 20.1 million units of smartwatches will be shipped in 2016, up by 3.9 percent from the 19.4 million units shipped in 2015. By 2019, the final year of the forecast, total shipments will reach 88.3 million units, resulting in a five-year CAGR of 42.8 percent. Apple will continue to dominate the market, with an estimated share of 51 percent by 2019, the IDC statement says.

But even while the market waits for that next innovation in smartwatches, the latest models are not offering much beyond what was available in a basic form around the end of 2014. This, according to Moar of Juniper Research, will continue to make smartwatches an optional purchase, and therefore a limited market. “The general perception of watches being things you keep for the long term and Apple assuming three years of use for the Apple Watch means that we will not see large numbers of repeat buyers coming back to the market in the near term,” he says.

So there may be no particularly disruptive factor in the global smartwatch market. “It’s just that smartwatches are growing more slowly than many expected,” says Moar. “The smartwatch category still needs a reason for consumers to buy their devices, rather than a reason not to buy them.”

Tweets by @forbes_india
2016 Celeb 100 list methodology: How we crunch the numbers
Wadia voted out from Tata Motors after keen competition