Back to basics: Paint the town white to save power 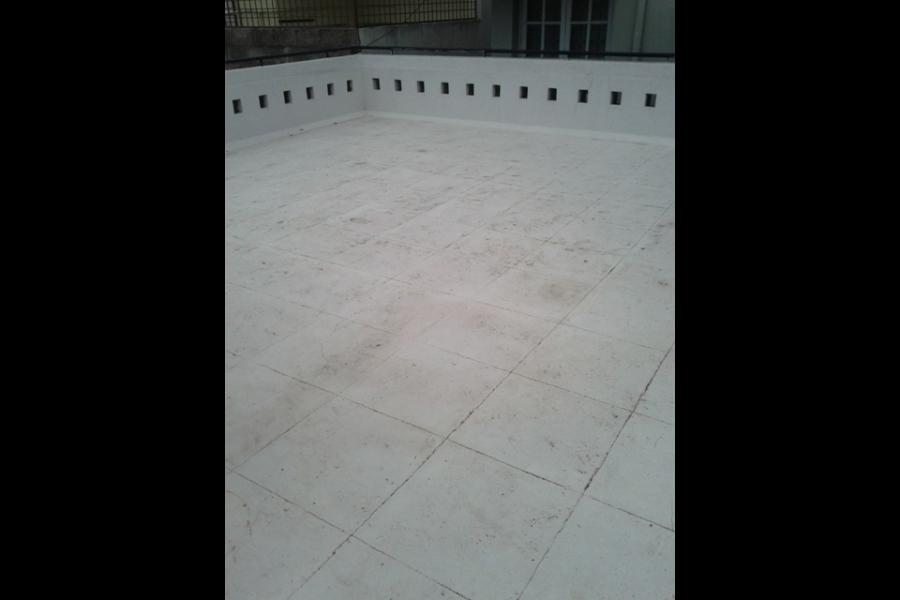 In a previous post I had described the features of AR Shivakumar's self-sufficient home in Bangalore built 19 years ago when water shortages were unheard of in the green city. Shivakumar’s house has a green element in every nook and corner, including plants in the balcony and coconut shells converted to garden pots. What surprised me, however, was his terrace.  It does not have even a hint of green and is painted a stark white.

“A white roof brings down the temperature inside the house by at least two degrees,’’ he told me. “In India, our architects are too set on building the next Taj Mahal. They need to get back to the basics.”

The direct benefit of a cool roof is the saving in power consumption. Shubha Sadananda, an ex-IT professional in Bangalore, says, “I have had a white roof for the past ten years, and it has brought down the temperature inside the house by nearly five degrees. After you paint your roof, you need to wait at least for three rains to see the full effect as the initial heat from the house needs to escape.” Fans in her house stay still for longer periods than her neighbours’ which means lower electricity bills.

A study by the Power Ministry’s Bureau of Energy Efficiency last year found that electricity consumption can be brought down by a quarter if roofs were pained white. Bangalore city consumes approximately 2,000 MW of power daily. If all roofs in the city are painted white, it could reduce to 1,500 MW. In Delhi, the savings could be about 1200 MW.

Though the concept itself is quite old, evidence of benefits in the form of data is available in the last few years. The simple paint-job has global implications. In April this year, the International Energy Agency released a report by Arthur H. Rosenfeld, who has served as a senior adviser to the US Department of Energy, on ‘White roofs cool the world efficiently’.

“With roofs accounting for roughly 25% of urban surface area and with cities occupying 1% to 2% of global land area, converting most flat roofs in warm cities to white would cancel warming from more than one gigatonne of CO2 per year for the average lifetime of the roofs,” Rosenfeld says. “In terms of emissions, it is equivalent to taking half the world’s cars off the road for 20 years.’’

On a clear day, a conventional dark roof can get significantly hotter than the outside air. A clean white roof, by comparison, is only marginally warmer than the ambient air. “This cooling from choosing a white roof over a dark one yields additive virtues,” says the report. “Well documented is the first – a cooler roof means that the space beneath the roof needs less electricity for air conditioning, saving money and avoiding emissions of CO2 and other pollutants back at the power plant. Secondly, by reflecting more of the sun’s energy back into space, white roofs cancel a small percentage of the heating effect from CO2 that has already been emitted. This is called the “albedo effect”, based on the Latin word for whiteness. As reflective arctic ice recedes rapidly, we need all the albedo we can get,” the report says. “Every 100 square metres of roof area that is white instead of black cancels the warming effect of 10 tonnes of CO2 over the roof’s lifetime (typically 20 years).’’

When Rosenfeld was Energy Commissioner in California in 2003, a heat wave in Europe caused 30 000 deaths. Within two years, he made cool roofs a mandatory component of California’s building code. “While it is not cost-effective to replace a roof before the end of its service life and sloped roofs were exempted because they are an important architectural element of a home, we passed a mandate that as of 2007 all new or replacement flat roofs in the state must be white.”

So despite the obvious benefits why aren’t there more white roofs? I posed that question to one of the leading architects in Bangalore, Naresh V. Narasimhan, Principal Architect, Venkataramanan Associates. “There is no rule that says we have to do it,” Narasimhan says. Clearly, not many are aware of the benefits. It is becoming popular in cities like Delhi and Hyderabad, which face blistering summers. In Delhi all public buildings are now mandated to have cool roofs. The Delhi government is also said to be working on incorporating it into its buildings code for new constructions.

7,458
Thank you for your comment, we value your opinion and the time you took to write to us!