Will artificial intelligence be a marketer's new best friend or foe?

Whether AI remains a friend or becomes a foe really depends on how we use it.

Hitu Chawla is the chief marketing officer of Microsoft India. 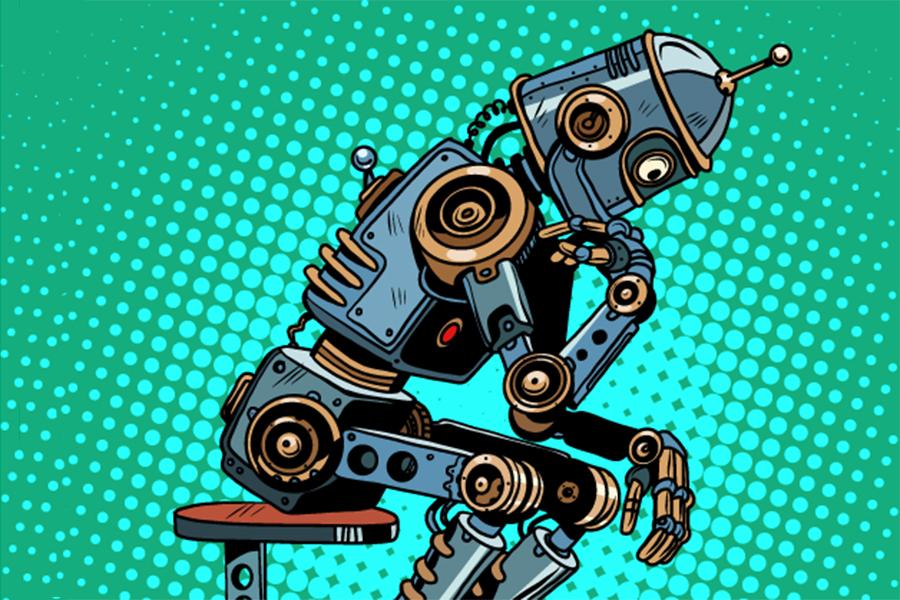 Every time Artificial Intelligence (AI) disrupts a new industry use case, the classic fear of human jobs becoming obsolete returns. The fear is so publicised that I was not surprised when I came across a website–Will Robots Take My Job?–that lets you search your job's relevancy against technology over time.

Marketing is the latest to buzz with such apprehensions.

Clearly, there is no dearth of examples of AI in action, with it being infused across all the four Ps of marketing, however, it is far from competing with marketers or replacing them. Instead, it is boosting our effectiveness and efficiency as it takes care of the mundane, leaving more time for thinking and creativity. And, whether AI remains a friend or becomes a foe really depends on how we use it.

AI as a marketer’s friendConsider the entertainment industry. AI wouldn’t get emotional during a movie, but it can tell when humans will. AI ‘watches’ movies, mapping its emotional intensity with viewers’ reactions in real-time, giving creators clues about how to make stories more appealing.

In journalism, AI writes text for repetitive stories by fetching real-time data from local games and election races, allowing reporters to focus on more quality work. The Washington Post has a cool tool called Heliograf for sports and politics, which generated around 70 articles per month in its first year, covering stories it would not have otherwise dedicated staff to.

The fashion industry too is becoming more intelligent with AI. Take Under Armour’s HOVR as an example. Real-time information is provided to runners wearing HOVR connected shoes. It’s helped users get 5 percent better in 5 weeks.

Closer home, at Microsoft, we have an AI assistant called BEAM (Bot Enabled Augmented Marketing) to predict the probability of lead conversion. It emails customers and tells us their level of interest using Natural Language Processing. BEAM is amazing in identifying 'diamonds in the rough' leads that we deem low propensity but express interest to buy, and 'fool’s gold' leads, scored as hot but found to be uninterested. It has increased our sales team's selling time by 20-25 percent, while also increasing deal conversion.

When AI becomes a foeFor all its abilities and feats, AI can be a valuable friend. But it’s not perfect and definitely not something that can be left to function autonomously. Two cautionary tales come to my mind.

A US-based cosmetics brand landed in a faux pas when its algorithm began serving ads of black beauty products to non-blacks. The mishap was traced to it picking up on engagement relevant to its keywords during the Black Lives Matter movement. It, of course, did not understand the larger context of why non-black users were interacting with those posts, and ended up targeting non-blacks as well.

Target, the US-based retail chain, has a similar but eerier example. They’d built a pregnancy prediction model to identify women in their second trimester, as that’s when they typically start baby shopping. It boomeranged when an angry parent of a high school girl complained about the retailer sending the girl baby apparel coupons as if encouraging her to get pregnant. The eerie thing was that the girl was indeed pregnant and that’s how accurate the model was.

AI might produce a lot of insightful data, but as a brand, you need to tactfully decide if all of it should be translated into a marketable opportunity.

Augmenting human intellect with AIInstances where MarTech tools act as sole creators serve as reminders of how an absolute and unsupervised dependence on automated AI models can turn into a liability. AI uses binary logic and fixed rules but it's up to human intellect to decide whether a given situation is a marketable opportunity.

Hence, automated intelligence is most effective as a co-creator. It's a friend when it co-exists with a marketer. Left to its devices, AI can turn into a foe.

One cannot use automated MarTech without us marketers intervening to decide the ‘how’ of it. And, until the ‘how’ can be programmed, fears of AI taking over jobs are best left to the dystopian worlds of sci-fi movies.

The writer is a chief marketing officer of Microsoft India

3,717
Thank you for your comment, we value your opinion and the time you took to write to us!