Auto brands are mainstreaming electric vehicles in marketing communications. Here's what some of the big brands are up to, and up against 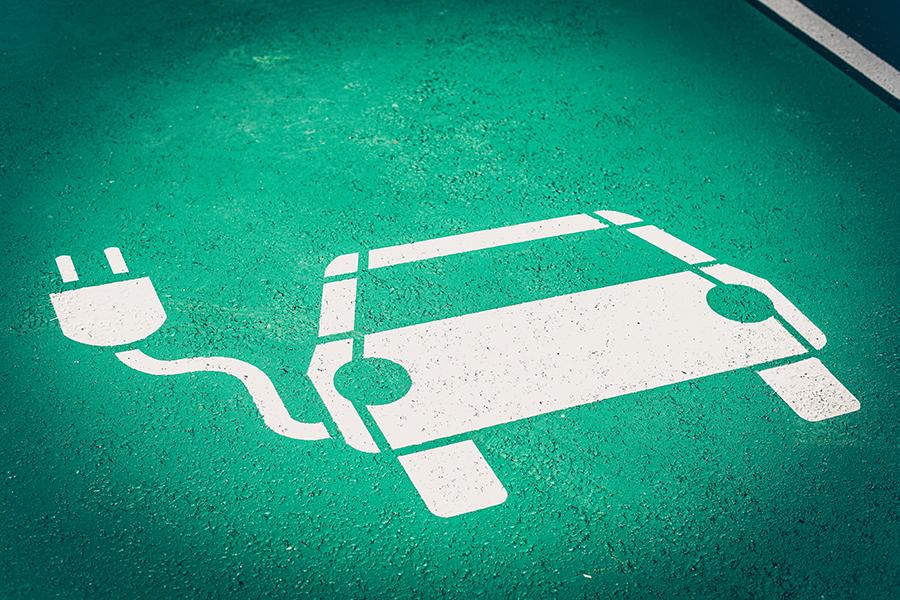 According to a CEEW study, the Indian EV market will be a $206 billion opportunity by 2030 if India maintains steady progress to meet its 2030 target. Image: Shutterstock

In a posh South Mumbai locality, the biggest news buzzing through a residential building, which is a stone's throw from Ratan Tata's home, is the installation of an electric vehicle (EV) charging station. Finally, the residents, who purchased Tata Motors' electric vehicles, could easily charge their green cars.

But you don't have to be in the vicinity of a Tata to get a quick and easily accessible charger. Things are slowly getting better for those looking to go electric.

Mumbai-based Akash Sharma was looking for EV options when he started thinking about replacing his petrol car this year. Sharma chose Tata Motors’ Nexon EV after shelling out over Rs 13 lakh.

“I use my car mostly for intra-city travel, and there’s decent charging infrastructure for EVs in Mumbai that helped me make this choice,” Sharma, a 32-year old-IT professional, tells us.

His latest acquisition has become a point of interest for many in his circle who often ask him about his experience of owning and using an EV. The word-of-mouth is strong enough, Sharma says, for two of his friends are now also planning to buy an electric vehicle.

EVs are vehicles either partially or fully powered by electric motors—most of which use lithium-ion batteries. The traditional automobile market is getting disrupted with legacy and newer automakers and electric vehicle manufacturers, especially makers of two-wheelers, betting big on the electric future in India.

India has set an ambitious target of achieving 100 percent electrification by 2030. According to a CEEW Centre for Energy Finance (CEEW-CEF) study, the Indian EV market will be a $206 billion opportunity by 2030 if India maintains steady progress to meet its 2030 target. The government is also prioritising the shift to clean mobility, ramping up charging infrastructure, apart from states such as Karnataka and Tamil Nadu rolling out investor-friendly EV policies.

An Economic Times report stated that in the first half of FY22 alone, EV sales have more than tripled to 1.18 lakh units, which is 90 percent of the total sales in the last financial year. This has boosted the morale of EV players in India. Mahindra & Mahindra, which already sells several three-wheelers and four-wheeler electric vehicles, expects half of the vehicles it will sell by 2030 to be electric, according to a CNBC report.

There is a huge marketing push by major brands in two and four-wheeler categories. Tata Motors, Ola Electric, Ather Energy, Audi India, and Mercedes-Benz India are filling up their marketing tanks. These companies are taking over every possible media platform, ranging from digital and social media to television commercials to create awareness, intent, and dispel myths around owning an electric vehicle.

Unlike regular automotive advertising—which heavily focuses on the brand and the product—when it comes to EVs, brands also have to take the responsibility of educating the customers as they try to shift consumption patterns.

Mainstreaming of electric vehiclesIt begins with identifying the EV customer. The EV customer profile has evolved in these two years, points out Vivek Srivatsa, head, marketing – passenger cars, Tata Motors. Srivatsa says that in the early 2020s, most EV customers were early adopters, who are tech-oriented, well-travelled, and are equally conscious about the environment. They were also looking at a lower operational cost when it came to personal vehicles.

“I believe marketing to this cohort was different. In the last 18 months, more people have embraced EVs, and we are seeing a change in attitude and demographics. Today, EVs are getting more mainstream and so are EV customers. EVs are actively being considered by internal combustion engine (petrol and diesel) customers. This is what we call mainstreaming of EVs and it is a big change in the customer profile,” he notes.

In the luxury segment, automakers are witnessing two types of EV buyers. The first type is the traditional luxury customer, typically aged between 45 and 50 years, who already owns cars, and is adding EV luxury to their collection. However, the biggest wave is coming from first-time luxury customers (aged 35-40 years). Many of these customers are self-made professionals, or entrepreneurs who made money from startups, and they are choosing an EV as their first luxury car.

“…that’s something we did not anticipate. There is a set of consumer base now that is directly upgrading to a luxury EV,” says Santosh Iyer, vice president, sales and marketing, Mercedes-Benz India.

From digital to mainlineIn the last two years, players have been doing the groundwork to create awareness about electric vehicles, primarily through digital platforms such as Facebook, YouTube, and Instagram. Many have leveraged engaging content to explain how EVs offer better performance over internal combustion engine (ICE) vehicles while addressing various misinformation.

Unlike conventional auto advertising, EV marketing is currently heavily focused on consumer education. Experts believe different marketing touchpoints need to genuinely solve customer problems because they still don’t know much about EVs. The current challenge is awareness and bringing EVs into the consideration set of consumers.

A lot of players are vying for customer attention in the two-wheeler segment. Ather Energy, for instance, seems to be focused on comparing EVs with fossil fuel scooters in its ads. Its latest digital campaign hinges on a unique visual language of 'invisible scooters' to portray how all petrol scooters come with similar challenges (frequent refuelling, absence of an in-built navigation screen, among others). Its message is how all conventional two-wheelers are almost identical and, hence, invisible.

“We have predominantly spent huge money on digital platforms building awareness and that we continue to do. As we get to the next level, we have moved to television to create awareness, as digital continues to provide contextual relevance and helps in conversion,” says Nilay Chandra, VP – charging infrastructure and marketing, Ather Energy.

“Our owners are acting as brand ambassadors for us. I think in the new-age world, it’s a different way of looking at brand endorsements because owners are the most authentic voices for a brand,” Chandra adds.

"The high level of satisfaction by early adopters has led to a strong word-of-mouth," says Tata Motors’ Srivatsa. “They have been our brand ambassadors and brand evangelists,” he adds. Tata Motors has also been creating digital videos where its customers are shown talking about their EV experience.

After rolling out its launch campaign for the Nexon EV, Tata Motors said it is in the middle of executing a second TV campaign. “We are promoting an EV campaign on TV which is a signal that EVs are getting mainstream. Initially, we were more focused on digital platforms. Today, while we have enhanced our presence on that, we are also going offline in terms of print and television to attract regular customers,” notes Srivatsa.

Mercedes-Benz is currently running a campaign titled ‘A silent statement’ that features a security guard dozing off on his night duty as he did not realise a car was coming, since the Mercedes-Benz EV EQC is silent.

“The commercial focuses on not having any noise when you drive an EV and highlights how it can help in tackling noise pollution. We are leveraging TV, print, outdoor, and digital as key media platforms. On digital, we are doing a lot more explanatory videos on how to calculate charge and time required for each charging session, and so on,” says Mercedes-Benz’s Iyer.

Braking the infamous auto rivalry, the German auto giant also welcomed its competitor Jaguar I-Pace to India through a Twitter post. The company is currently allowing luxury EV customers of any brand to charge their vehicles at over 100 Mercedes-Benz charging stations in India.

Scaling experienceSampling remains one of the biggest challenges for EV players. Ather Energy, for instance, believes in letting prospective customers experience its EV scooters. The EV maker has recently added Hubli to its Ather Space experience centres spread across India in more than 30 cities. The idea is to get as many test rides as possible and make people familiar with the Ather scooter.

Ola Electric has also opened bookings for test rides in the Delhi-NCR region, Bengaluru, Kolkata, and Ahmedabad. These test rides will be available for customers who have made the first tranche of payment on September 15 or 16.

Similarly, luxury carmakers such as Audi India are working towards reassuring customers with buyback schemes, service schemes, and the running cost of electric vehicles.

“… we are also making sure that customers get the touch and feel of the EV vehicle, so experiential events become even more important. We created socially-distanced events at the Buddh International Circuit, where customers drove the car. We did it in small batches to ensure safety,” says Audi India’s head of marketing Gaurav Sinha.

Karthik Srinivasan, a communications strategy consultant, notes that currently in India, there has not been concerted EV advertising at all, whether it’s for two, three, or four-wheelers.

“It’s a big opportunity for a brand to build this category. It is similar to how Flipkart literally built the ecommerce space in India through its advertising, which created an element of trust among customers. I feel that level of communication is missing in the EV category and industry in India as of now,” he notes.

Srinivasan points out that ads from Tata Motors, Ola Electric, and Mercedes-Benz are still not actively comparing EVs with fossil fuel vehicles. Possibly because the charging infrastructure is still developing. He also mentions how emerging EV makers are up against one of the largest and powerful industries (auto) in the world.

“Ather is making a confident pitch because they know Ola has a large plan and they are well-funded as well. So, the competition will be strong. Having said that, I believe the word-of-mouth by customers in real city conditions will play a bigger role in the decision-making. An ad can bring interest in people, but the user experience matters a lot at this moment,” he concludes.

2,209
Thank you for your comment, we value your opinion and the time you took to write to us!