Global EV gold rush fails to rub off on India

From GM to Ford, VW and Honda, global carmakers have been making commitments to shift the entire fleet to electric vehicles, but in India, after an initial policy push, an aggressive EV plan has come to a near standstill 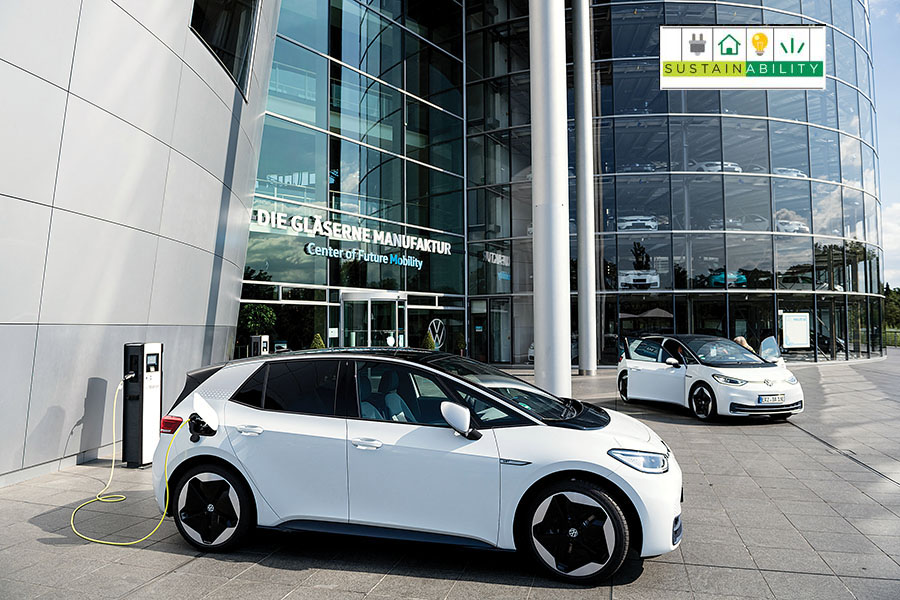 Only a few car manufacturers in India are giving the EV segment a push, with most others waiting it out to see how the category will evolve
Image: Jens Schlueter / AFP

A massive shift is underway across the global automotive industry. And India’s automobile industry just doesn’t seem to be pressing the pedal fast enough.

Over the past few months, everyone from General Motors to Ford Motor Company, Volkswagen and Honda have been making commitments to shift their entire fleet to electric vehicles (EV) over the next few decades. “For General Motors, our most significant carbon impact comes from tailpipe emissions of the vehicles that we sell—in our case, it’s 75 percent,” Mary Barra, CEO of General Motors, wrote on LinkedIn on January 28. “That is why it is so important that we accelerate towards a future in which every vehicle we sell is a zero-emissions vehicle.”

The company now plans to sell only those vehicles that have zero tailpipe emissions by 2035, a significant move by one of the world’s largest automakers. In April, Japanese automaker Honda made it clear that the company intends to only sell EVs and fuel cell vehicles by 2040. In Europe, American automaker Ford said it will only be offering electric cars from 2030. By 2025, Volkswagen wants to build and sell up to 3 million all-electric cars per year with over 50 purely electric-powered vehicles.

India, however, doesn’t seem to be in any rush. While the government had set a deadline initially, and later backtracked on that commitment of selling only EVs by 2030, only a handful of car manufacturers are currently giving the electric vehicle segment a much-needed push, with the others waiting it out to see how the category will evolve. Between Maruti Suzuki and Hyundai, who control over 65 percent of the Indian automobile market, dreams of an aggressive electric vehicle plan has come to a near standstill.

Among others, Ola Electric, a newcomer in the Indian automotive space, for instance, has laid out elaborate plans and is busy building what’s expected to be the world’s largest two-wheeler factory. Once completed, at 10 million units a year, the company will account for 15 percent of the global two-wheeler market in the world.

“The need to transform mobility to electric is there, and we can see what’s happening with pollution, so we have to build for the future paradigm, we have to build for future technology, and in mobility, it has to be electric,” Bhavish Aggarwal,  chairman and group CEO of Ola, had told Forbes India earlier. “It absolutely has to be done as fast as we can.”

The company is currently setting up the Ola Hypercharger Network in over 400 cities with more than 100,000 charging points. In the first year alone, Ola will set up over 5,000 charging points across 100 cities in India, more than double the existing charging infrastructure in the country. While all of that is currently focussed on the two-wheeler market, the company hasn’t shied away from making its intentions clear on the four-wheeler market.

“The US and Europe are different to India,” RC Bhargava, chairman of India’s largest car manufacturer, Maruti Suzuki, tells Forbes India. “We cannot assume that if something works so well elsewhere, it will also work in India. India is different in its purchasing power, affordability criteria and overall thinking. All the talk about going electric can work in a rich country. But in a country where people are struggling to make a living, it is a difficult plan.” Maruti Suzuki currently sells one out of every two vehicles in the country.

Even Hyundai, the country’s second largest car maker by sales, had recently said it doesn’t foresee faster adoption of electric cars in India, and may not even cross 1 percent of overall sales in the next three years. In 2019, the company had launched the Kona, an electric vehicle that sells a little less than 150 units a year.

Too ambitious?
“It’s probably a little optimistic to think of existence of only EV powertrains in the next nine years in India given the expanse and sheer size of the Indian market,” says Harshvardhan Sharma, head of auto retail practice at Nomura Research Institute. “Even China, the EV global leader in sales, by 2030 is expected to achieve only 40 percent at a 120,00,000 volume. Surely, there will be an uptake of alternate power trains… however there is an assortment of alternate powertrains to choose from such as hybrids, CNG, flex fuels and even hydrogen, if we are speaking futuristically.”

According to the Society of Manufacturers of Electric Vehicle, sales of EVs in India fell by 20 percent in FY21 to 236,802 units. In FY20, the number was 295,683 units. While passenger cars have seen some traction in recent months, particularly led by the Tata Nexon and MG ZS, their sales continue to remain marginal in comparison to gasoline-based vehicles.

India sold over 21 million vehicles, including 17 million two-wheelers, that run on internal combustion engines (ICE) in FY20. China, where electric vehicles have seen traction in recent times, sold some 1.3 million EVs in 2020, according to Singapore-based market research firm Canalys. In a year marked by a pandemic, it accounted for over 40 percent of the global EV sales. “Would there be lesser ICE vehicles on the roads 10 years from now? Yes,” adds Sharma. “Will these be replaced with only EVs? Perhaps not. We might also want to consider that wheel-to-wheel emissions might not get eliminated completely in case of EVs as a majority of electricity in India is still generated via non-renewable resources.”

Much of the trouble for EVs arise due to their high upfront costs, range anxiety and poor charging infrastructure. Then, there is the dependence on imports, lack of reliable maintenance and after-sales resale value. “There was a lot of talk in between about EVs and even the government was quite upbeat,” says Bhargava. “That has changed now because the reality is different. We have to also factor in the strategic implication of the current technology used in electric vehicles.”

EVs use lithium-ion batteries as the source of power and, according to an analysis by BloombergNEF, in early 2019, of the 316 gigawatt-hours (GWh) of global lithium cell manufacturing capacity, China accounted for 73 percent of the capacity. Lithium is one of the lightest elements, and has the strongest electrochemical potential of any element, allowing lithium-based batteries to store a lot more. On May 12, India also announced a production linked incentive (PLI) scheme with an outlay of ₹18,000 crore to promote manufacturing, export and storage of lithium-ion cells.

“Unless the chemistry of the battery changes and the costs come down, or you find a material that isn’t anybody’s monopoly, we can’t talk of electrification in the country,” Bhargava adds. “You have an option in hydrogen.” Finance Minister Nirmala Sitharaman announced in her Budget speech in February that India will launch its National Hydrogen Energy Mission (NHEM) in 2021-22, although not much has moved on that front.

“EVs have evolved over the last 10 years or so in India,” adds Sharma. “Today there are options for high voltage vehicles, but this is not an ‘inflection point’ at least for electric cars for personal use yet. EV adoption in India will be led by commercial vehicles, primarily NEVs such as 3Ws, followed by 2Ws and mostly in the B2B space. The unit economics make it a compelling case of last-mile delivery and many other equipment manufacturers such as Mahindra & Mahindra are cognisant of the same and have committed resources accordingly.”

For long, India has been trying to provide incentives to help push for a faster adoption of EVs. That included the much celebrated FAME scheme, launched by Prime Minister Narendra Modi in 2015, to incentivise the production and promotion of EVs. It is currently in its second phase—which runs until March 2022 with an outlay of ₹10,000 crore. The scheme is only for the shared mobility segment, but it has played a crucial role in improving the overall EV landscape.

Around the same time, the government had roped in Energy Efficiency Services Limited, a public sector company formed in collaboration with four public sector entities to procure 10,000 EVs for government organisations. The decision to offer supportive government policies and financial incentives was based on models adopted in countries such as China and Norway, which had seen a large adoption of EVs. From 2013 to 2017, total subsidies on EVs amounted to about RMB 50 billion ($7 billion) in China.

“Factors which may accelerate adoption of EVs are mobility regulations, economic situation, energy policy, environmental and climate change mandates, import policy and R&D and manufacturing,” adds Sharma. “Consumers have to have a significant intrinsic and extrinsic motivation to shift to EVs. This can’t be just incentive-driven but rather environment-driven. But that’s going to take time.”

According to Bhargava, that means while there might be some traction in the upper end of the market, vehicles in the ₹5 lakh to ₹8 lakh range will not see any possibility of adopting EVs. “It’s not that simple as the government and the industry thought,” he says.

Tweets by @forbesindia
Covid-19 and Epilepsy
Photo of the day: Trial run