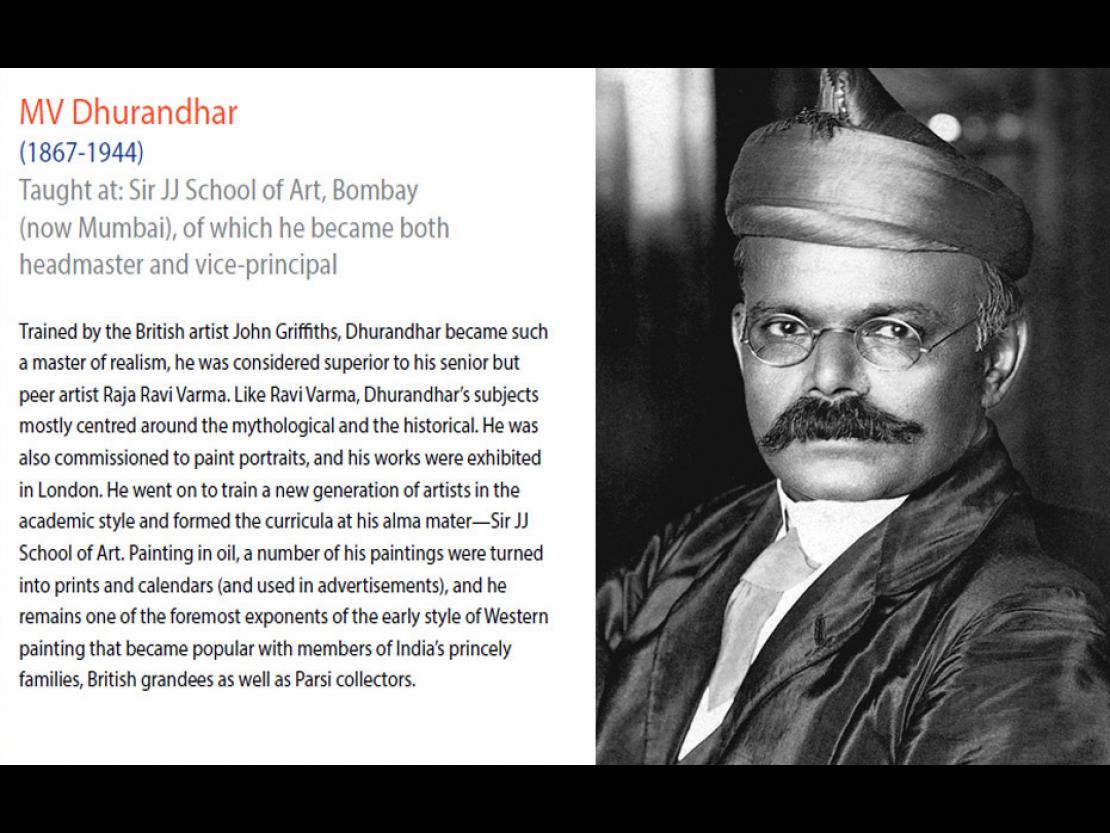 Trained by the British artist John Griffiths, Dhurandhar became such a master of realism, he was considered superior to his senior but peer artist Raja Ravi Varma. Like Ravi Varma, Dhurandhar’s subjects mostly centred around the mythological and the historical. He was also commissioned to paint portraits, and his works were exhibited in London. He went on to train a new generation of artists in the academic style and formed the curricula at his alma mater—Sir JJ School of Art. Painting in oil, a number of his paintings were turned into prints and calendars (and used in advertisements), and he remains one of the foremost exponents of the early style of Western painting that became popular with members of India’s princely families, British grandees as well as Parsi collectors.