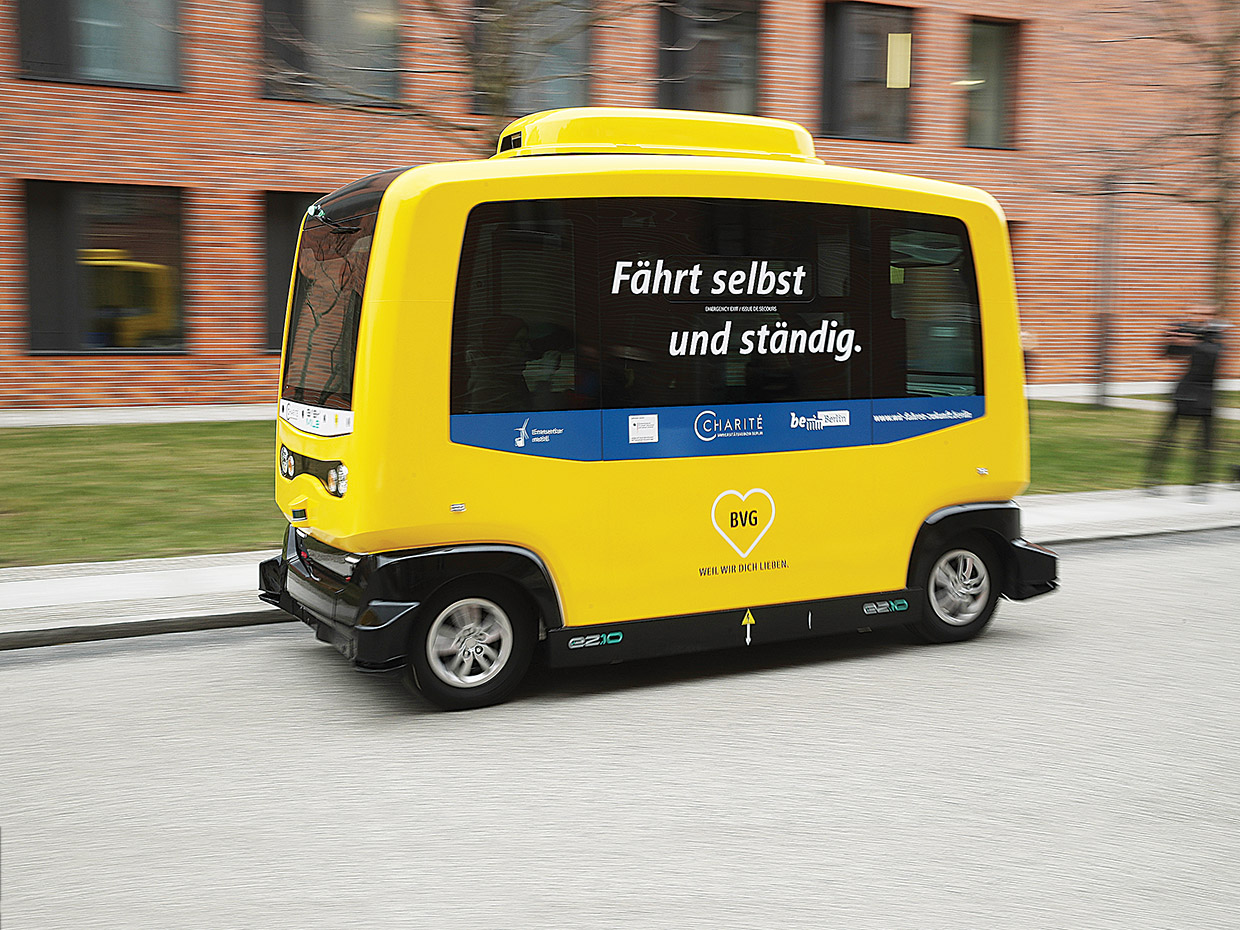 15/16
Self-driving minibus, Charité  hospital
An electric, self-driving minibus was launched through Berlin’s Charité Hospital and Medical Campus in March this year. The four electric minibuses are capable of driving autonomously through pre-programmed routes, yet each still has a technician on board to intervene if necessary. The pilot project is a joint effort between Charité, Berlin’s transport authority (BVG) and also Germany’s environment ministry.