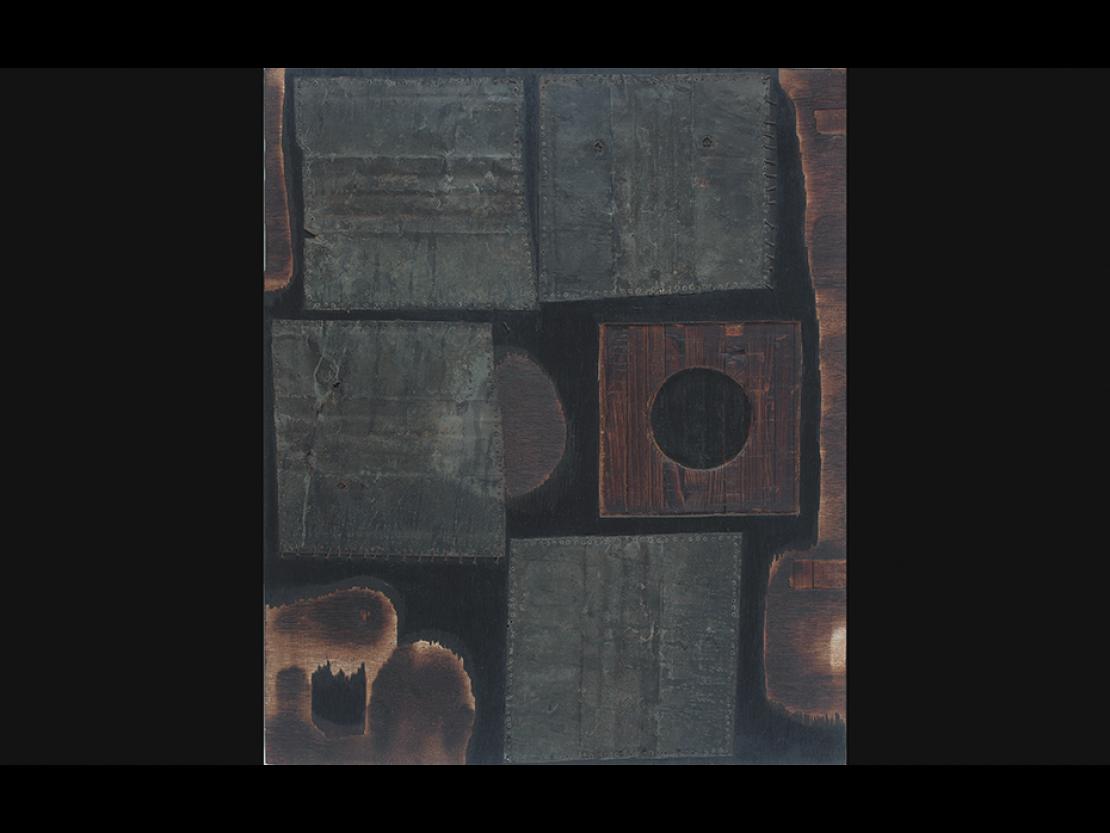 2/10
The lone wolf
Jeram Patel
b. 1930, d. 2016
A retrospective on Jeram Patel’s career as an artist has just opened at the Kiran Nadar Museum of Art in New Delhi and should go a long way in explaining his work to viewers. Quiet and reticent to the point of being abrasive (he was described by art critic Richard Bartholomew as ‘a lone wolf’), Patel remained committed to his unique form of abstraction, using a blowtorch to burn wood to create paintings that were as difficult to explain then, as they are now. His amoeba-like forms and use of black was constructed within a strict matrix, but the forms remain free, appearing almost to float as though liberated in space. Patel was the secretary of Group 1890, and the lack of a follow-up exhibition has sometimes been blamed on him. But Patel was resolute, obdurate and hardly one for appeasement and kept his peace on the relationships within the group’s membership, though he remained friends with Swaminathan, Jyoti Bhatt and Gulam Mohammed Sheikh.