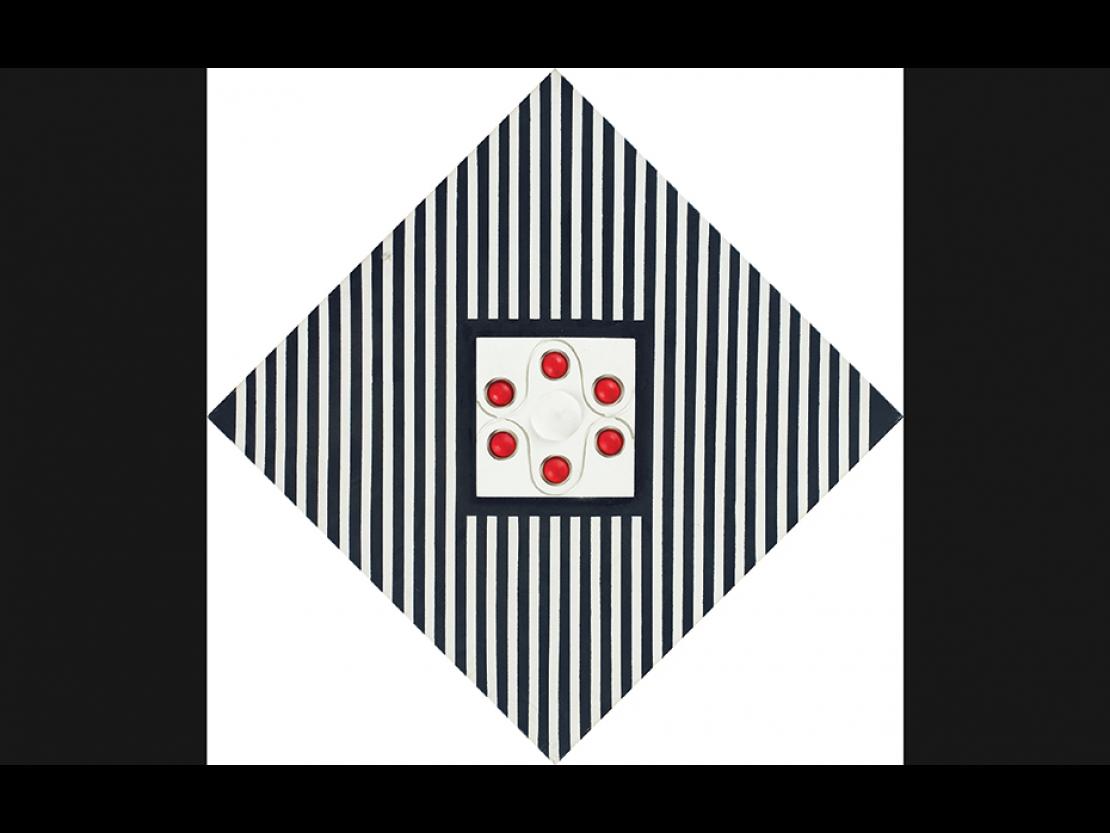 7/10
Constructing paintings
Eric Bowen
b. 1929, d. 2002
Born in Allahabad, Eric Bowen studied art in New Delhi and was part of Group Unknown along with Paramjit Singh before he joined Group 1890. In the year that he became a member, he was invited to study art in Italy, and so was represented at the exhibition by his works alone. His work at the time seemed to consist of construction- and architecture-inspired geometric paintings consisting of lines and spaces in two- and three-dimension, relief-like ‘constructions’. Though he did return to India briefly, he soon settled in Norway with his wife. His style also changed in the later years, becoming more tantra-inspired, and though his passion for spaces and grids could still be seen, the metaphysical seemed to have replaced his tryst with the spatial.

Untitled Acrylic and Plaster of Paris on canvas 1966