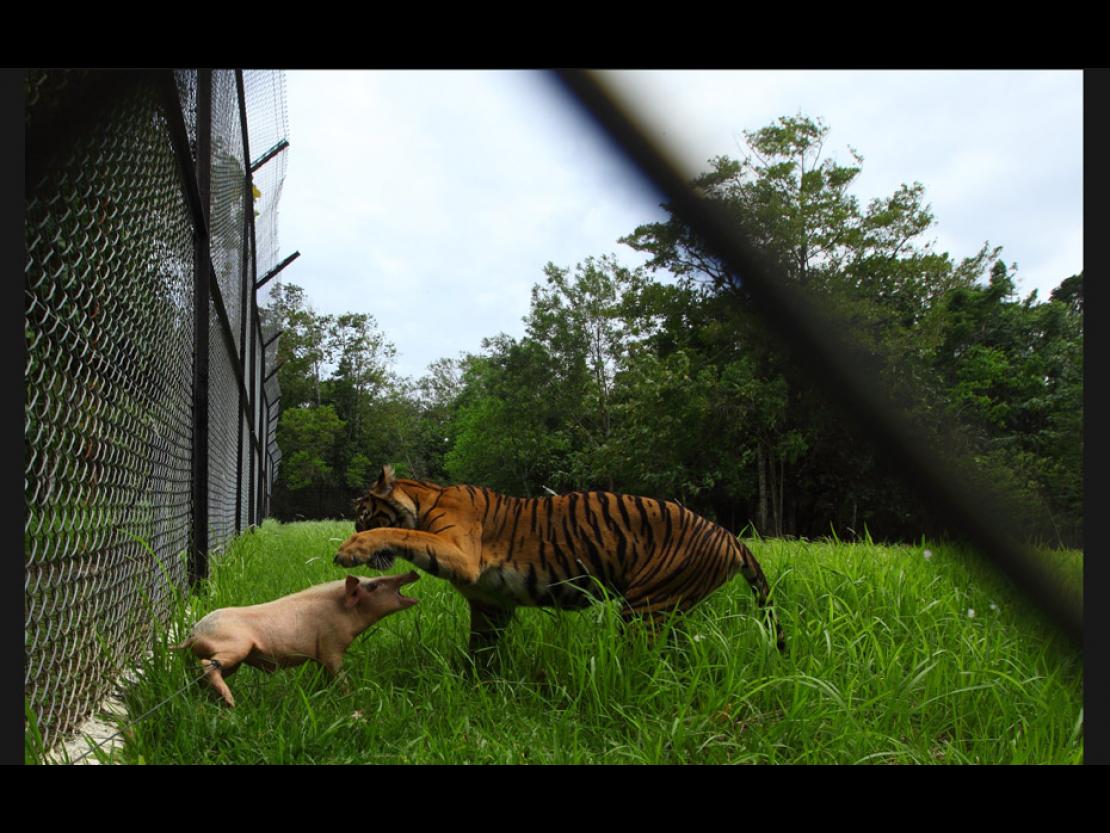 14/16
A Sumatran tiger plays with a pig before killing it at the Sumatra Tiger Rescue Centre compound, inside the Tambling Wildlife Nature Conservation (TWNC) near Bandar Lampung, the southern tip of Sumatra Island on February 24. The rescue centre has released five tigers since 2009 on the 45,000 hectares of the TWNC jungle while eight are still under their care. On a monthly basis, the eight tigers eat a total of 80 living pigs, each weighing between 10-12 kgs. The Sumatran tiger is a rare tiger subspecies that inhabits the Indonesian island of Sumatra