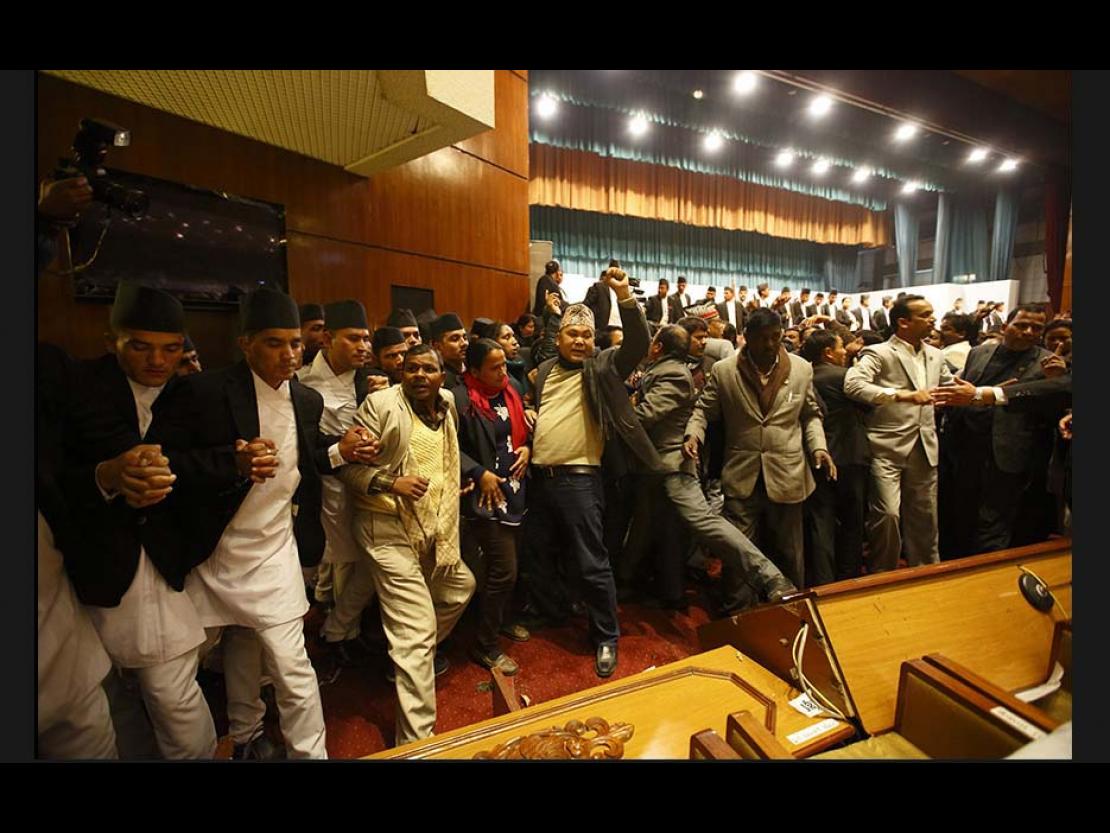 4/11
Constitution assembly members shout slogans in parliament during a meeting on the final day to draft the new constitution in Kathmandu on January 22, 2015. A new constitution is widely seen as crucial to ending the instability that has plagued Nepal since the end of a Maoist-led civil war in 2006 and settling the republic, nestled between regional powers India and China that jostle to woo a new geopolitical ally. But it has been thwarted by differences among political parties over how to divide the country into federal states