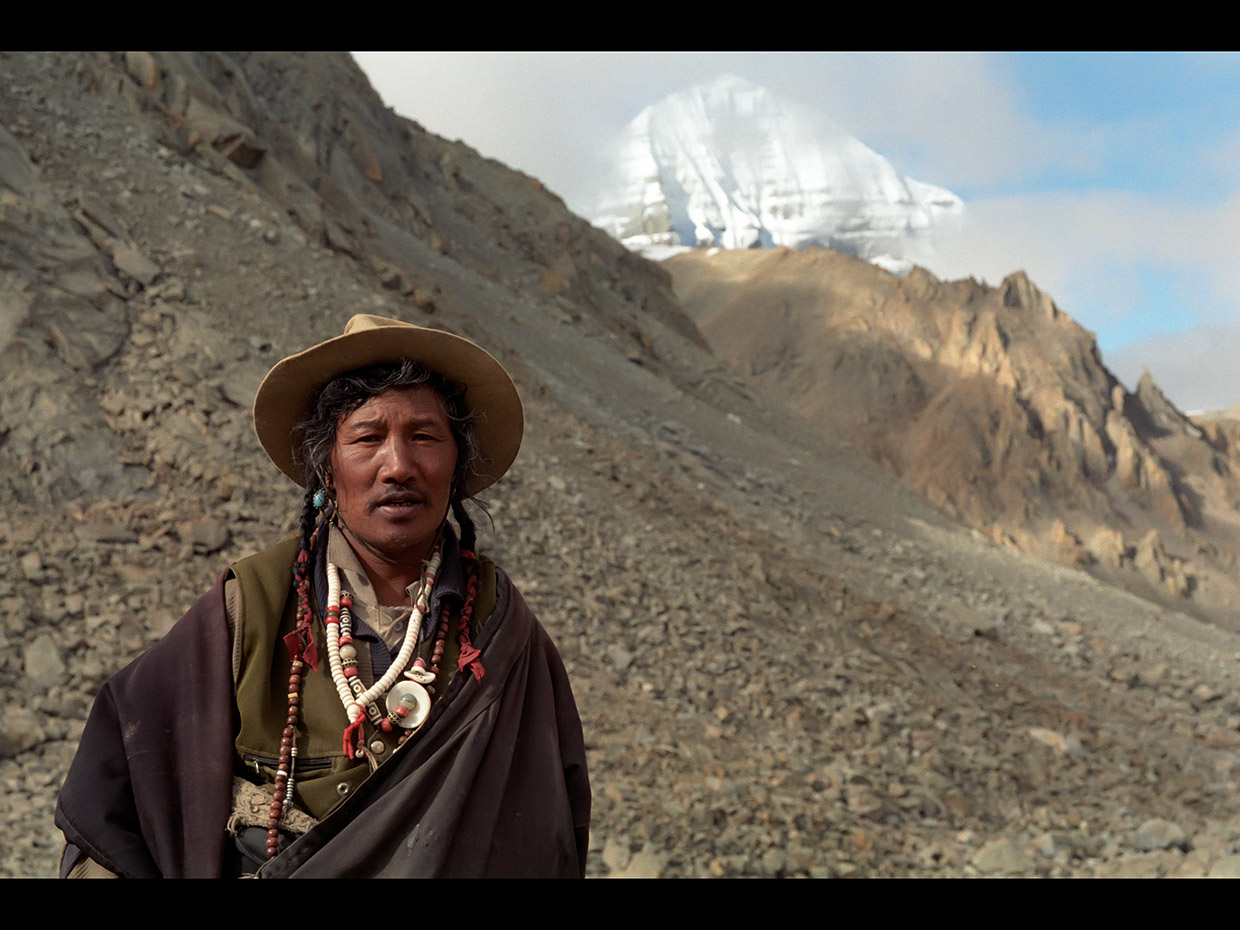 1/11
This is where you overcome an obstacle: the desire to climb. According to all the religions - Bon, Buddhism, Hinduism, Jainism -  that revere the mountain, setting foot on its slopes is a dire sin. All you can do is circumambulate the mountain, or do it like the devout Tibetans, prostrating all the way. The Chinese once cleared a mountaineering team to climb the peak, but backed off after the world disapproved.

The Chinese-Indian standoff at the gates at Nathu La isn't new. The last time round, it was closed from 1954 to 1978, and thereafter only a limited number of pilgrims have been allowed in during season.

The unending stretches of barren, undulating land, the surreal green valleys in their midst, peaks with blinding snow and pristine cerulean lakes that boggle the mind and eye. The sacred texts have names for it - Precious Jewel of Snow, Flower of the Waters, Abode of the Adiyogi, Navel of the Universe, Axis Mundi, the Abode of the Sky Goddess...

(In pic: At an altitude of 6,714 metres above sea level, Mount Kailash in Tibet peaks above a pilgrim. The annual Kailash Mansarovar yatra through the Nathu La pass route was disrupted after China denied permission for a batch of Indian pilgrims to proceed)