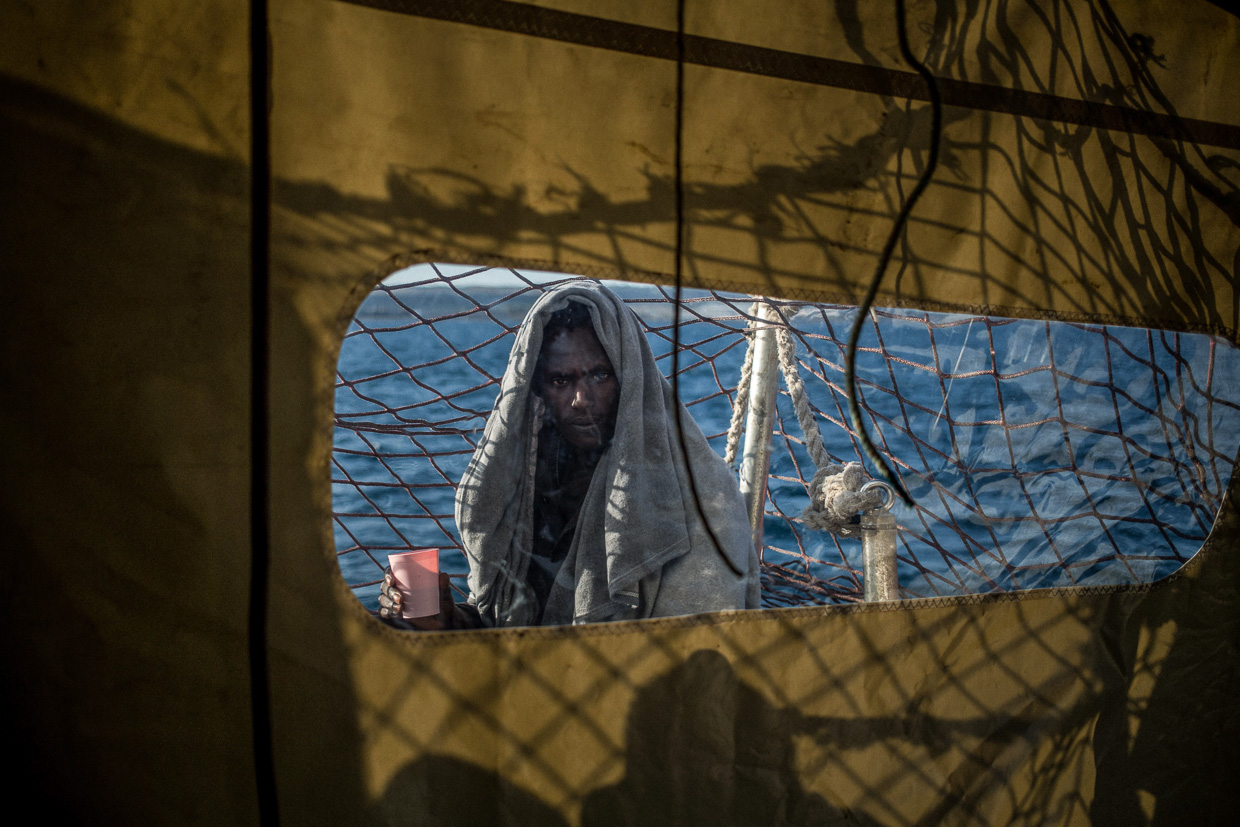 A migrant, part of a group of 47 including minors, watches from the deck of the Dutch-flagged rescue vessel Sea Watch 3 anchored off Syracuse, Sicily, while they await permission to land. Almost 22,000 migrants and refugees have arrived in the EU by sea since the beginning of the year, according to the most recent UNHCR figures. This has led to deterrence-based migration policy by countries such as Italy, France and Germany, ignoring the lives of migrants in distress at sea. It has also led to a comprehensive system of forced deportations to concentration camp-like detention facilities.