These young turks missed list by a whisker, but are achievers we couldn't ignore 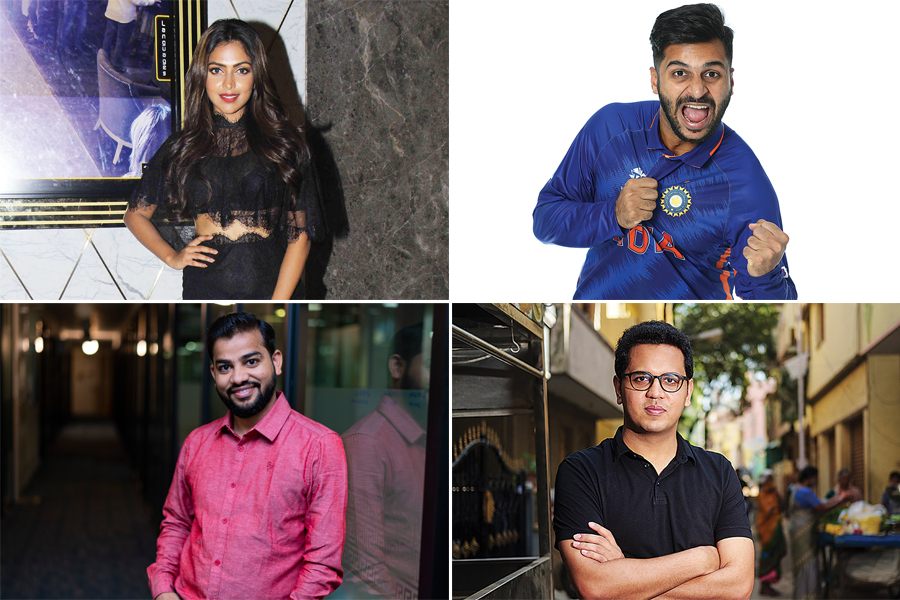 Yash Desai, 30
Co-founder, OneCode
What makes OneCode unique and special is not just what it is trying to do. Started in 2019 by Manish Shara and Yash Desai, OneCode is an assisted ecommerce platform that connects companies with over 1 million independent sales agents across Tier II, III and beyond, giving these agents a platform to sell products and services. It also works with financial institutions such as Axis Bank and ICICI to offer their services to buyers in such markets. “We are building a Meesho for financial services,” says Yash Desai, co-founder. The agents act as intermediaries between financial institutions and end-customers who require assistance while purchasing products and services. 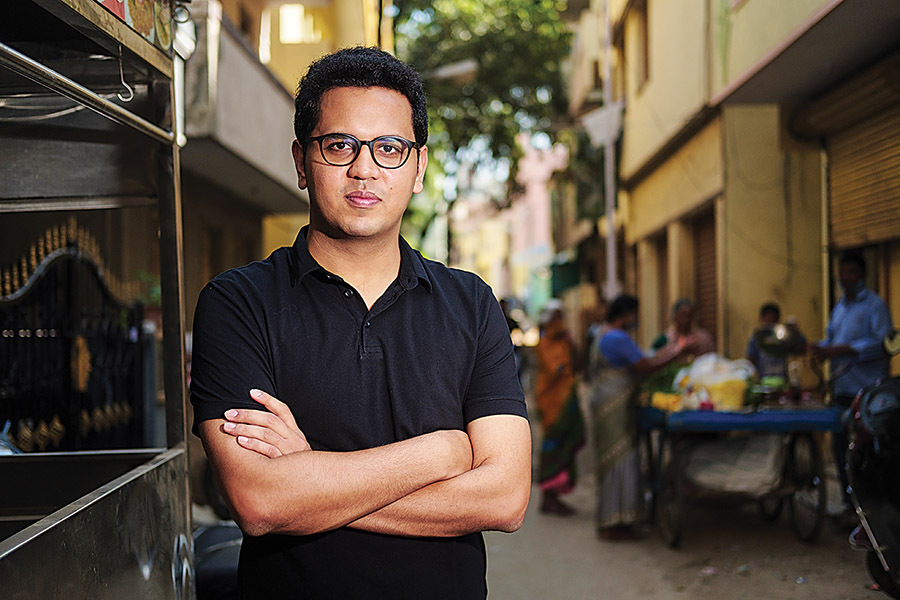 Credits: Nishant Ratnakar for Forbes India
OneCode has raised $5 million and counts Sequoia Capital India’s Surge accelerator, Nexus Venture Partners, and WaterBridge Ventures among its investors. Its list of influential angels includes Haptik co-founder and CEO AakritVaish; Dr Vaidya founder Arjun Vaidya; Mirae Asset CEO Ashish Dave; Unacademy co-founder Gaurav Munjal; Razorpay co-founder Harshil Mathur; Cred founder Kunal Shah, and Groww co-founder and CEO LalitKeshre.
Manish Kheterpal, managing partner at WaterBridge Ventures, explains why Bharat matters. Over the next decade, over 50 percent of unicorns are going to come from rural India be it disrupting agri economies, digitising small-town businesses, consumer products, health care, what have you.
Desai wants to make OneCode a ‘must-to have’ rather than ‘good-to-have’ platform. Reason: Impact. Imagine, if any ride-hailing app shuts down today, he asks. Contrast this with the impact when a gaming app shutters. “OneCode is having a deep impact on the lives of thousands of agents,” he says.
–Rajiv Singh

Cashing In On Crypto 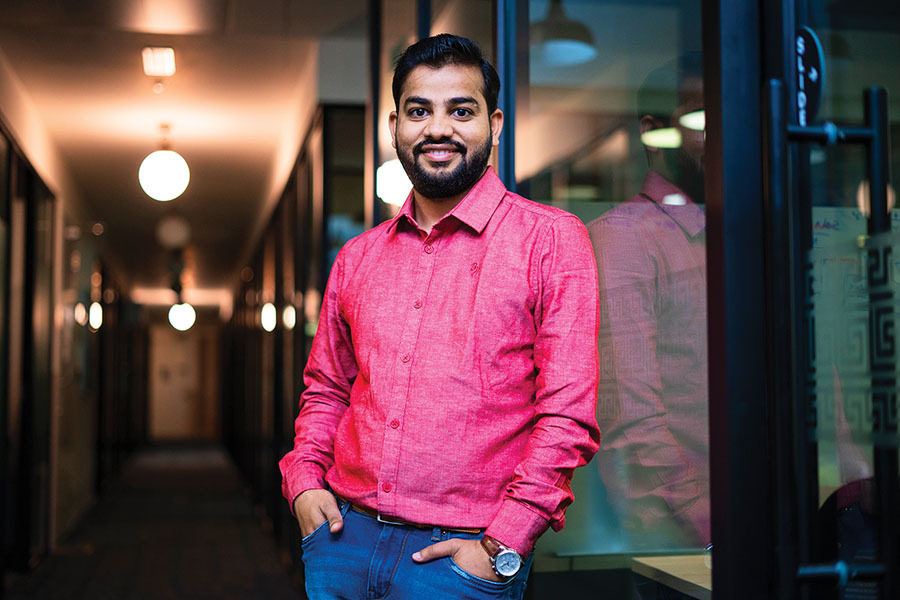 Credits: Nayan Shah for Forbes India
Founded in 2018 by Sumit Gupta and his college friend Neeraj Khandelwal, 32, CoinDCX became the first crypto unicorn in India with a valuation of $1.1 billion last August. It raised $90 million in a funding round led by Facebook co-founder Eduardo Saverin’s fund B Capital. When bitcoin began gaining traction in 2014, Gupta saw the potential of leveraging blockchain technology to enable financial inclusion and realised crypto’s potential to supercharge India’s growing innovation economy.
The cryptocurrency exchange startup caters to retail investors. It also provides trading and lending services for enterprise customers, and traders, and has a global trading platform and blockchain academy for education. CoinDCX’s user base more than doubled to 7.5 million from 3 million at the beginning of 2021. The exchange garners the majority of its user base from the North, including cities like Delhi and Lucknow, followed by Pune, and a large part of its users are between 18 and 24 years old. It also has a strong base in Tier II cities, like Patna, Jaipur, Indore and Agra, as well.
Gupta, 30, who holds an undergraduate and master’s degree from the Indian Institute of Technology-Bombay, has a vision to on-board 50 million Indians into crypto. The company plans to go public as soon as Indian regulations allow it.
–Naandika Tripathi 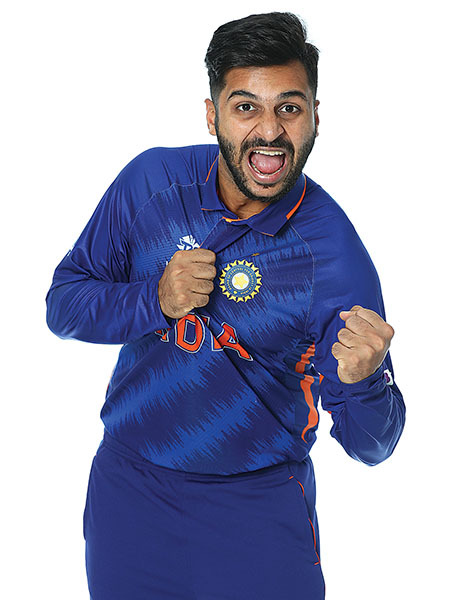 Credits: Matthew Lewis-ICC/ICC via Getty Images
Shardul Thakur has had more ups than downs in 2021. During India’s historic win against Ausralia at the Gabba in January that eventually resulted in a series victory, the all-rounder picked up seven wickets and scored a crucial 67 in the first innings.
In the Indian Premier League (IPL), he failed to make a mark till the tournament moved to the United Arab Emirates following a break due to the second Covid wave. There, he was skipper MS Dhoni’s trump card, bagging 18 wickets and helping the Chennai Super Kings win the IPL.
On the current tour of South Africa, too, he put up an impressive show in the second Test by claiming seven wickets. However, India lost the Test. In the first one-day international, he was involved in a crucial 51-run partnership with Jasprit Bumrah for the ninth wicket. Unfortunately, that, too, came for a losing cause.
For his uncanny ability to break partnerships and put up a fight even when’s batting—including scoring the fastest half-century at the Oval in the fourth Test against England—he’s earned the moniker of ‘Lord Shardul’. At the Oval, the Palghar lad broke the record of former England all-rounder Ian Botham, who had scored 50 off 32 deliveries against New Zealand in 1986. Incidentally, Thakur shares the same pet name as Botham: Beefy.
–Rucha Sharma 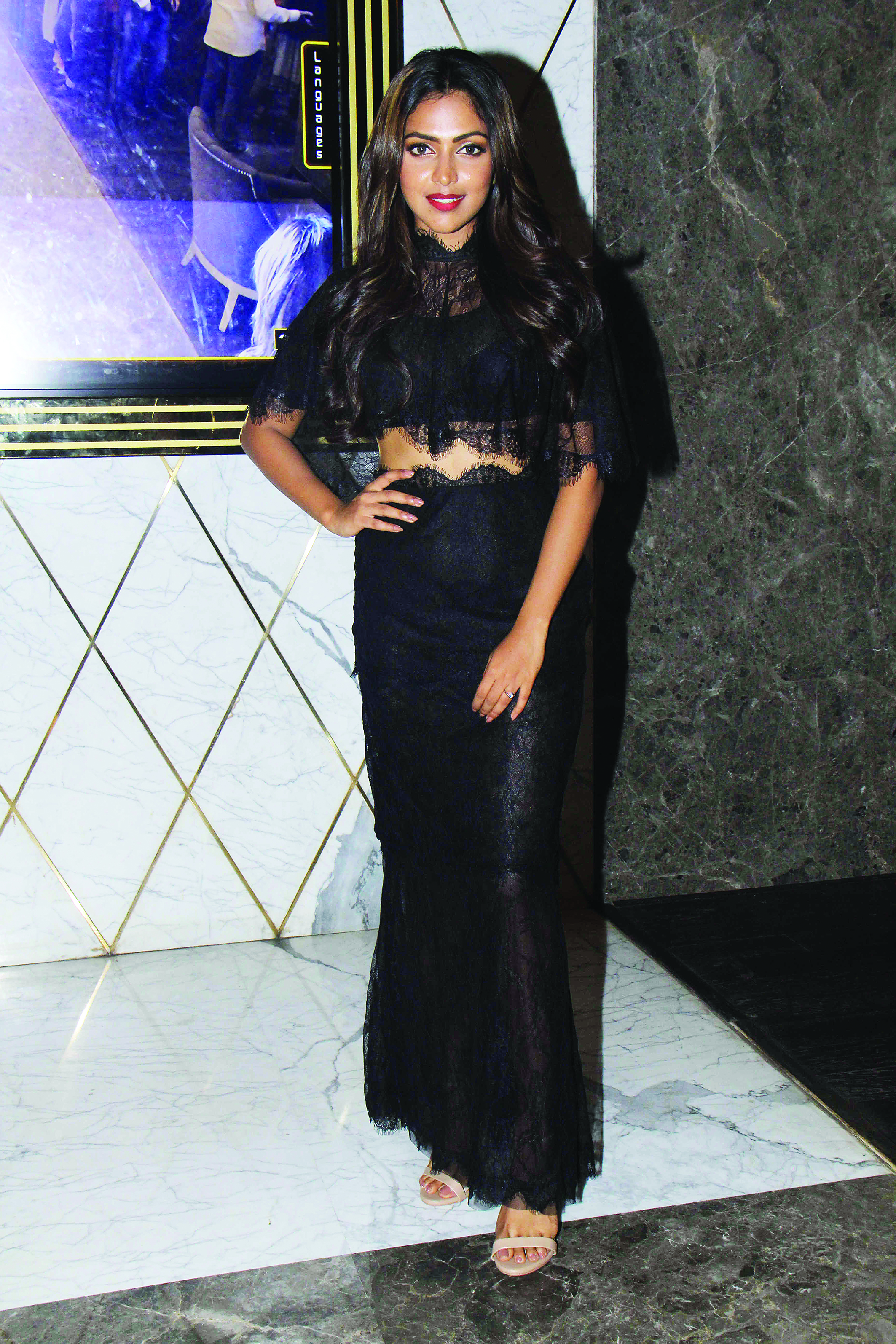 Credits: Pramod Thakur/Hindustan Times via Getty Images
Amala Paul made her debut with the Malayalam film Neelathamara in 2009 and has since emerged as a bankable star in the South Indian entertainment industry. In 2021, she carried an OTT series—Telugu science-fiction thriller KudiYedamaithe, directed by Pawan Kumar—entirely on her shoulders.
The year 2021 was extremely productive for the actor. She starred in the Netflix anthology Pitta Kathalu in which she played Meera, a writer seeking refuge in the characters she creates to get away from an abusive husband. Paul became director BV Nandini Reddy’s pawn to manipulate the audience into believing things in a way when the reality was something else. Her performance was appreciated by the audiences and critics alike,
She followed this with her ambitious bet with KudiYedamaithe in which she played a no-nonsense cop who finds herself on a time loop. Her performance in the eight-episode series, her debut on OTT, was highly acclaimed.
Paul is now spreading her wings on the production side. Amala Paul Productions has announced a forensic thriller titled Cadaver.
She’s already started 2022 on a high. Her performance as AmnaParvez in Ranjish Hi Sahi, a retelling of filmmaker Mahesh Bhatt’s life with yesteryear Bollywood star Parveen Babi, has got rave reviews.
–Rucha Sharma

Tweets by @forbesindia
We want to build for the entire crypto ecosystem: Sumit Gupta of CoinDCX—Icons @ 30
That organic cotton t-shirt may not be as organic as you think